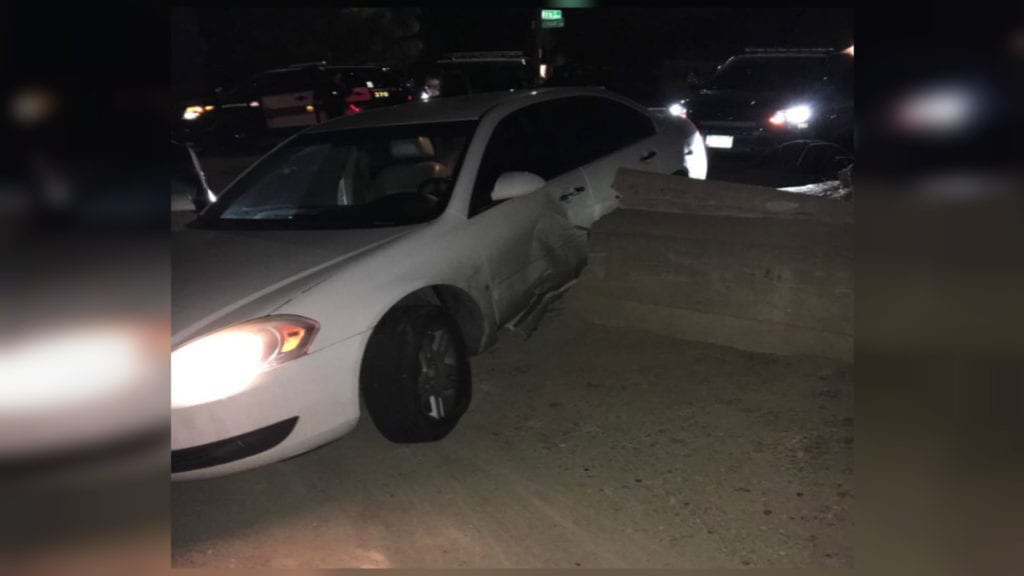 The response was too a resident who called to report a car had jumped the curb in front of her house and hit a solid retaining wall.

Pueblo PD said officers Ashley Robinson and Adam Quintana were on the scene quickly and took the driver into custody for suspected DUI.

According to the Colorado Department of Transportation, a DUI in the State of Colorado will cost you over $13,500. That’s a pretty expensive night out.

Pueblo PD wants to remind citizens that it’s never worth it to drive drunk. Call a cab, a ride-share service, a friend, or a relative, just don’t drive drunk.

A little before 5:00 this morning a resident on E. 18th called in to report that a car had jumped the curb in front of her house & hit a solid retaining wall. Officers Ashley Robinson & Adam Quintana were on scene quickly & took the driver into custody for suspected DUI. pic.twitter.com/EcocZqUe1N