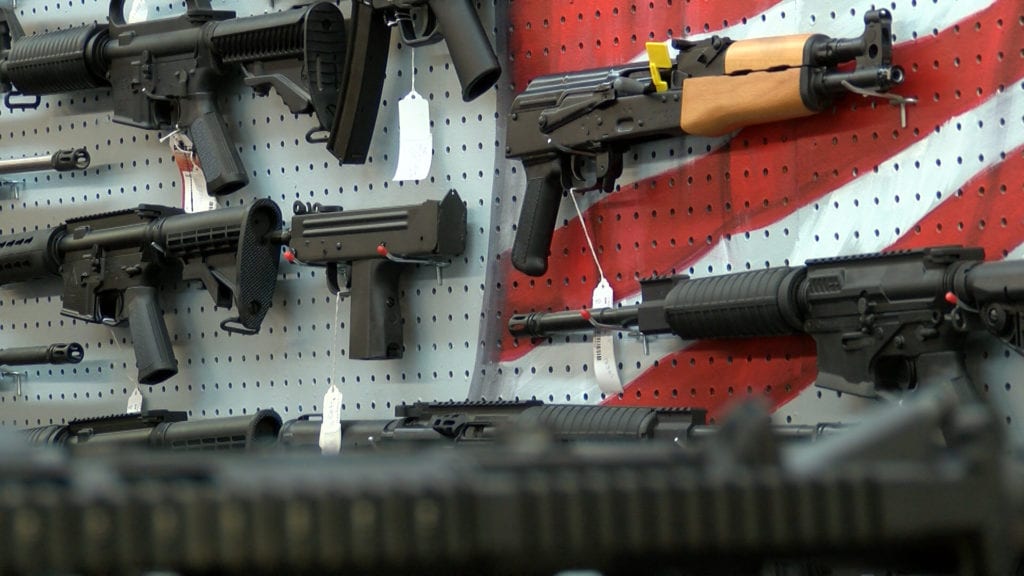 wall of guns inside Dragonman shopEl PASO COUNTY – The 35-year old woman responsible for planning the theft of almost 60-handguns, shotguns and rifles from Dragon Man Arms in 2017 is looking at 26-months in federal prison and three years of supervised release.

Just before 8:00 p.m. on August 27th, 2017,  Jennifer Scoggin, her 18-year old son, Cameron Specht, Ryan Sharpe,  Gian Carlos Vance and an unidentified teenager, carried out Scoggin’s plans. Dragon Man Arms was located right down the street from Scoggins home and the woman had a personal relationship with the owner, Melvin Bernstein.  Scoggin’s parked her Jeep at the business to go with Bernstein to run some errands, leaving the others hidden under blankets in the back of her vehicle.

Surveillance video shows her three co-defendants and the teenager getting out of her Jeep and then driving another vehicle through a garage door at the store. All four men entered the business and stole the weapons. While Scoggin’s son and his friends were pulling off the burglary, she repeatedly texted her son to let them know how much time they had left before she returned with the owner.

Later on that night, agents from the ATF showed up at Scoggin’s home and found several of the stolen weapons in her home. Eventually, all of the stolen items were recovered.

Scoggin was indicted, along with her co-defendants on September 14th, 2017. She pled guilty before Judge Martinez on October 1st, 2018. Scoggin was sentenced on February 6th, 2019.  Camron Specht and her son’s friends Ryan Sharpe and Gian Carlos Vance were all sentenced to time served followed by 3 years on supervised release. The teenager who was also involved in the theft was not indicted.