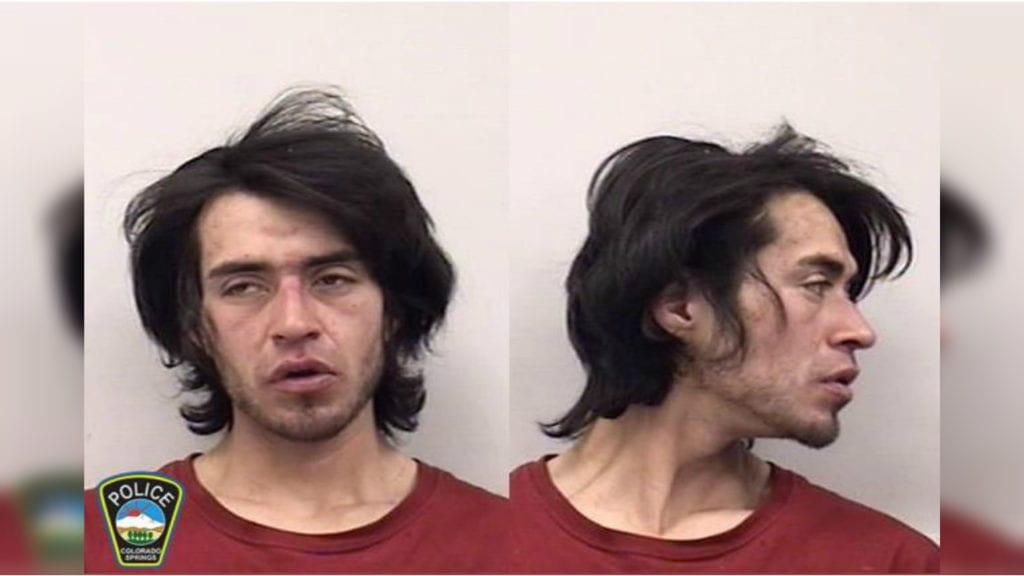 COLORADO SPRINGS – Around 7 p.m. Friday evening, CSPD officers attempted to cite a man for littering after seeing him throw a lit cigarette on the sidewalk of N. Tejon St.

According to CSPD, the man gave numerous fictitious names when contacted. He was later identified as Michael Gonzales.

CSPD said that when the man was told he was under arrest, he grabbed an officer’s vest and tore the badge off the officer’s shirt.

An officer deployed a taser, but it was ineffective.

CSPD said pepper spray was then deployed but had little effect on Gonzales.

According to CSPD, officers were finally able to get Gonzales to comply by utilizing strikes.

Once Gonzales was in custody, it was discovered he had a felony warrant. He was also charged with two counts of Assault on a Peace Officer.