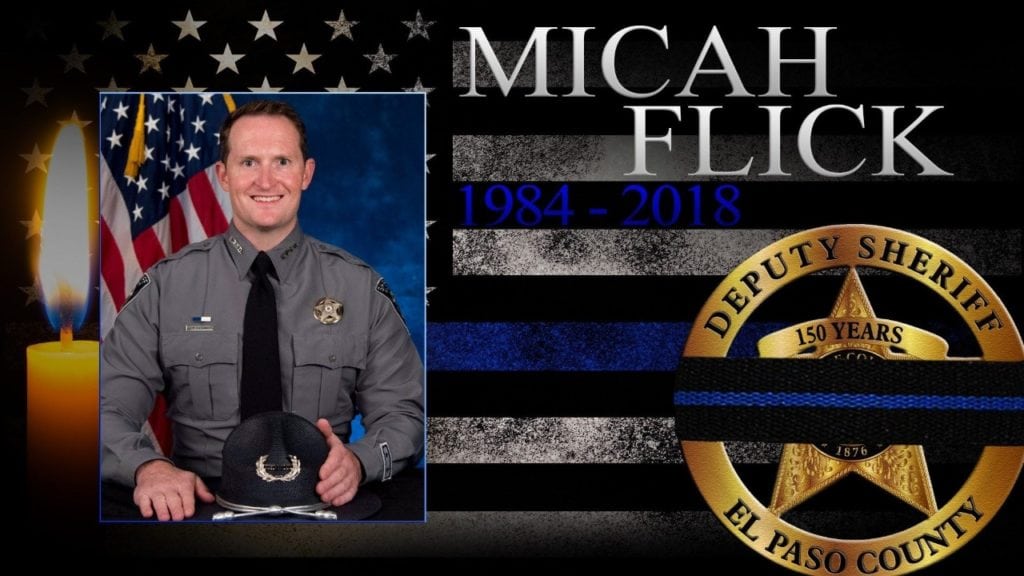 EL PASO COUNTY – Everyone is invited to attend a ceremony to honor the memory of fallen El Paso County Sheriff’s Office Deputy Micah Flick on the first anniversary of his line-of-duty death. He was killed while serving as part of an auto theft task force in Colorado Springs.

Immediately afterwards an Honor Guard outside the Criminal Justice Center (2739 E. Las Vegas St.) will place a wreath in front of the building sign.

In the days following the shooting, the community beyond New Life Church got to know his widow, Rachael Flick, who expressed gratitude for the outpouring of support from the community, and shared her family’s deep connection with their faith and Colorado Springs. Flick is survived by his wife and their two children.