Dog rescued from icy pond in the Denver Metro area 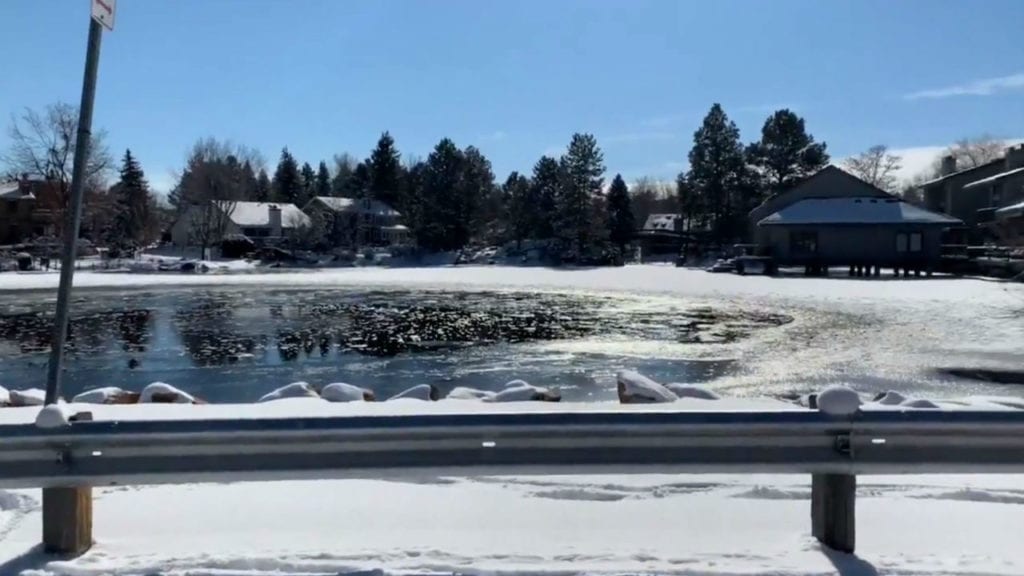 GREENWOOD VILLAGE – This is the time of year that you really have to watch your pets to make sure that they don’t chase geese out on to a pond and that they stay away from ponds and lakes covered with thin ice.

South Metro firefighters were called to Arapahoe Lake in Greenwood Village on Tuesday to rescue a very cold dog in the icy water.  The mishap took place in the 10-thousand block of Maplewood Drive near Orchard Rd. and Dayton Street. Once the pup was rescued by firefighters, they loaded him into an ambulance and worked to warm him up. He was then taken to an animal hospital to be checked out.

He was evaluated by a vet and his owners were tracked down thanks to his vaccination tag.

Happy to be warm and dry, this lucky pup was just rescued from the icy water at Arapahoe Lake in the 10000 blk of East Maplewood Ave. We don’t know where his humans are so Firefighters are transporting him by ambulance to a local animal hospital for evaluation. pic.twitter.com/sXjImRiTWm