EL PASO COUNTY – A 62-year-old Peyton man is dead following a head-on crash near the intersection of Highway 24 and Highway 94 Thursday evening in El Paso County.

Troopers said Gary Richardson, 62, was driving on the wrong side of the road in a 1999 Toyota Solara when he hit a 2006 Dodge Durango in the eastbound lanes around 6:20 p.m. Thursday.

State Patrol said the driver of the Durango turned sharply to avoid the collision, but the Solara’s fender hit the left side of the SUV’s fender, causing significant damage to the car.

CSP said Richardson was not wearing a seatbelt and died from his injuries at the hospital. The driver of the Durango suffered minor injuries and was wearing her seatbelt.

State Patrol said it’s not known at this time if alcohol or drugs were a factor in the crash.

Highway 24 was shut down for hours at Marksheffel Road during the investigation into the crash. It has since reopened. 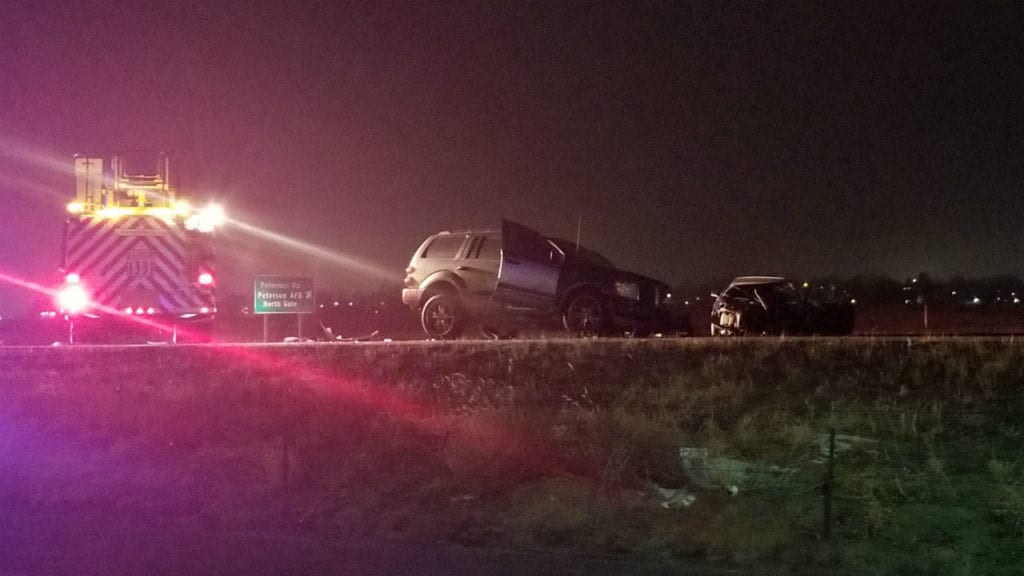