FORT CARSON – The last time Specialist Leon Bingaman saw his son, he was too young to walk or talk.

Bingaman was one of hundreds of Fort Carson soldiers deployed to Afghanistan, as part of the 1st Stryker Brigade Combat Team within the 4th Infantry Division, over the last nine months. They helped train Afghan and other security forces to provide stability in the region.

The soldiers are now returning home to their loved ones on Fort Carson. Some 500 soldiers, including Bingaman, are coming back between Monday and Tuesday. 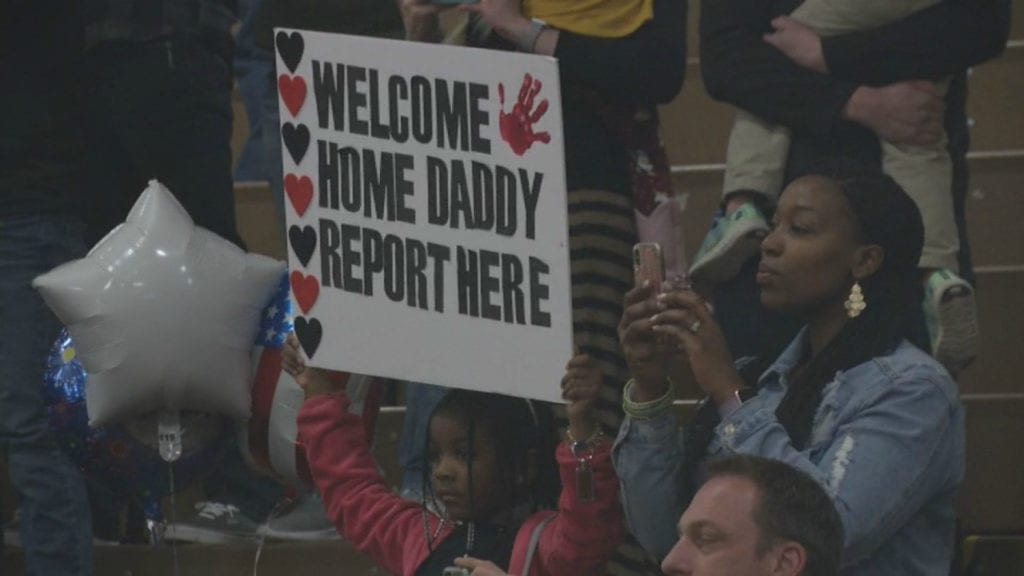 With his son in his hands, wife and daughter at his side, Bingaman said the toughest part of being overseas for that long was seeing his kids grow up from afar.

“My son, my daughter, they’ve grown so much since I’ve been gone, so it’s like surreal to see them right now,” Bingaman said. “You know, it’s just like all you hope to do is get back to your family when you’re deployed.”

The waves of returning soldiers began Monday just before 7 p.m., with the others expected after 10:30 p.m., then again Tuesday at 6:30 a.m.