COLORADO SPRINGS – You don’t often see wildland firefighters training in the thick of a snowstorm.

But the ever-expanding fire season across the West, including Colorado, is ramping up the need for more firefighters to answer the call.

“When the very worst day hits, we’re training the responders and the leaders that will take over and manage those incidents,” said Travis Bailey, an academy instructor.

That’s exactly what’s happening in Colorado Springs. More than 1,100 people — both new firefighters and experienced first responders — are starting or advancing their careers in emergency response at the Colorado Wildland Fire and Incident Management Winter Academy at the University of Colorado-Colorado Springs. 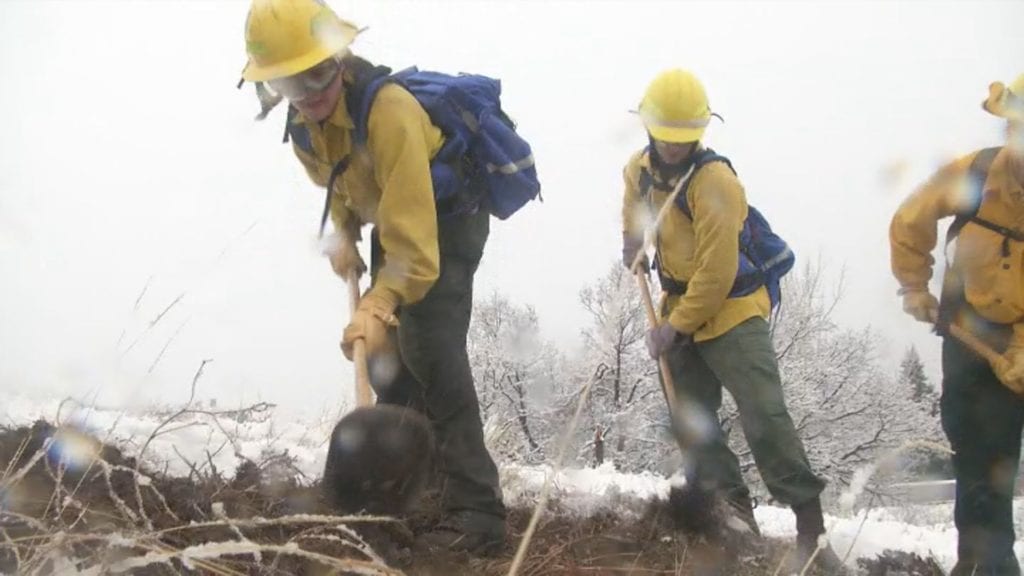 It’s where some of the nation’s next round of firefighters, like Elleri Vitwar of Monument, are sharpening their skills. Her father is a wildland firefighter, and she said she was inspired by recent fires along the Front Range, like Waldo Canyon and Black Forest.

“I got a little bit tired of sitting behind a desk, so I like the idea of being able to be outside and the idea of helping people and trying to make a difference,” Vitwar said.

The academy covers a lot of ground — a lot more than just the basics of fighting wildfires and digging lines to contain them.

It also includes opportunities for the support staff, like logistics, safety and more, to gain valuable experience in supporting the firefight. They’re learning from the men and women who were there during last year’s explosive fires, including the Spring Fire in Huerfano County.

“When people are running out, these folks are running in. And it really shows you what kind of person they are inside,” said Abran Mitchell, a firefighter with the Colorado Division of Fire Prevention and Control and academy instructor.

The academy, which will add more than 500 new firefighters to the region’s force, shows the state is preparing for whatever disaster comes next, with a lot more people now able to help.