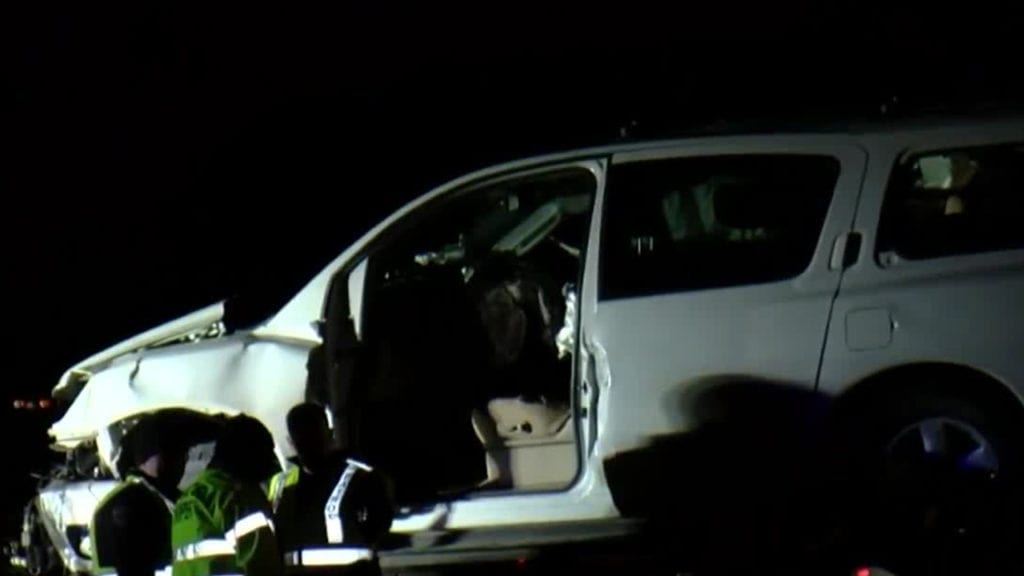 Troopers tell News 5 that it happened around 6:16 p.m. at the intersection of Highway 24 and Marksheffel Road when a Nissan Armada and a Buick Enclave collided.

Troopers said the Nissan SUV was turning left onto Marksheffel while the Buick was driving northeast on Highway 24 when it happened. CSP did not say which driver was at fault.

One of the children involved in the crash suffered serious injuries as well. Two other children were also taken to the hospital.

The intersection reopened several hours after the crash.