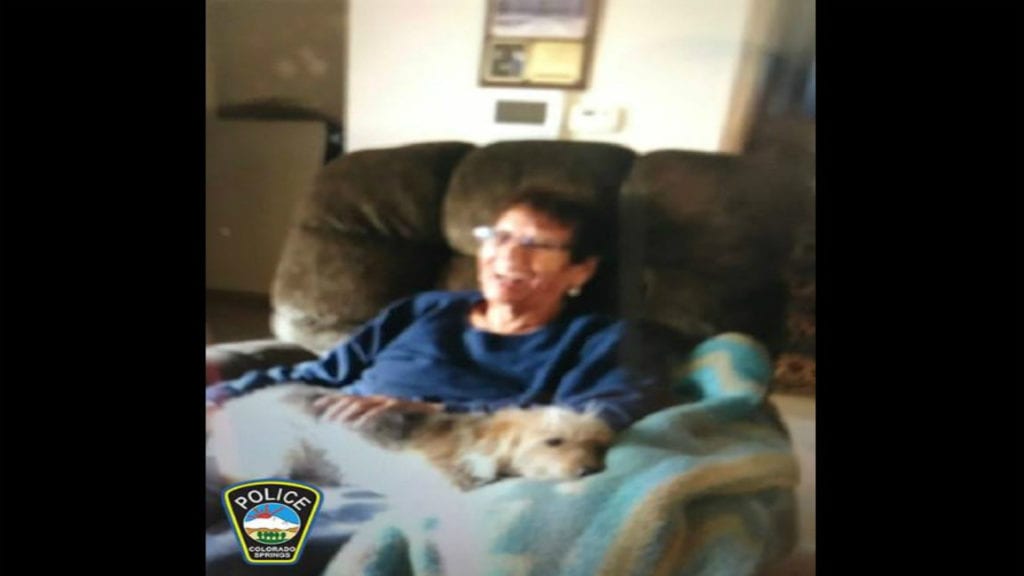 UPDATE: CSPD reports that Oralia has been found and is safe. She was found in less than an hour of initially being reported missing.

COLORADO SPRINGS – The Colorado Springs Police Department is asking for the public’s help in locating a missing, at-risk adult.

83-year-old Oralia Madrigal is described as 5’6″ tall, medium build, wearing pink pajamas with possible no shoes or coat, according to CSPD.

She was last seen at 8 a.m. Sunday morning in the area of 2900 Inspiration Dr. CSPD said she is known to go to Villa Loma Park.

Anyone with information on her whereabouts is asked to call the Colorado Springs Police Department at (719) 444-7000.