Rep. Lamborn urges against withdrawal from Syria, seeks briefing on reasons why 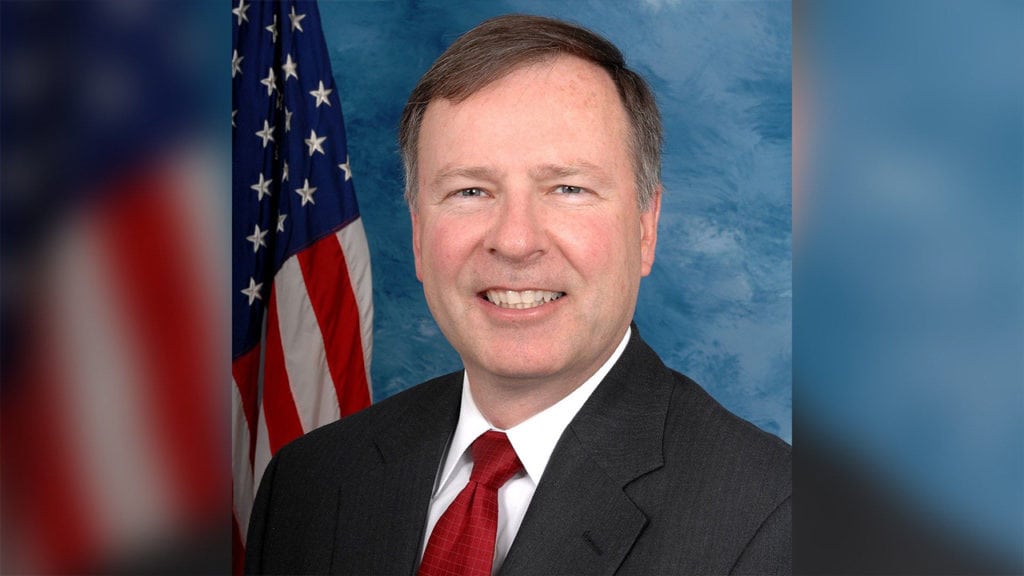 The letter co-signed by Rep. Stephanie Murphy, Rep. Don Bacon, and Rep. Marcy Kaptur begins, “We write you to urge caution in the withdrawal of U.S. forces from Syria and respectfully request a briefing by Secretary Mattis and National Security Advisor Bolton on the details of this decision as soon as possible.”

Lamborn is a well-known staunch supporter of President Trump.

The concerns expressed in the letter are similar to those expressed by other hawks when it comes to controlling the spread of non-U.S. allied parties in the region.  Specifically, the worries include growing Russian influence as the U.S. presence decreases, the potential for fellow NATO member Turkey to continue a move towards a more authoritarian government, the opponents of Syria’s Bashir Assad no longer having the support of our forces, an emboldened Iran, and the fate of Kurds in the region who continue to seek their own homeland while living in Turkey, Iraq, and Syria.

There’s also a worry forces once aligned with Al-Qauda or ISIS will come back to the battlefield under a different banner or within smaller splinter groups.

In regards to forces fighting against the Islamic State, the members of Congress write, “To abandon them at this critical moment, after they have shed so much blood and sacrificed so much to help defeat our common enemy, would severely hamper our ability to secure allies in the future…”

This weeks announcement of a withdrawal from Syria was followed the next day by word Secretary of Defense James Mattis would retire in February.  He wrote of respecting our allies as a concern within his resignation letter.

Following Mattis’ announcement, there were grumblings President Trump is also seeking to draw down U.S. forces in Afghanistan.

Read the letter from the members of Congress in full: 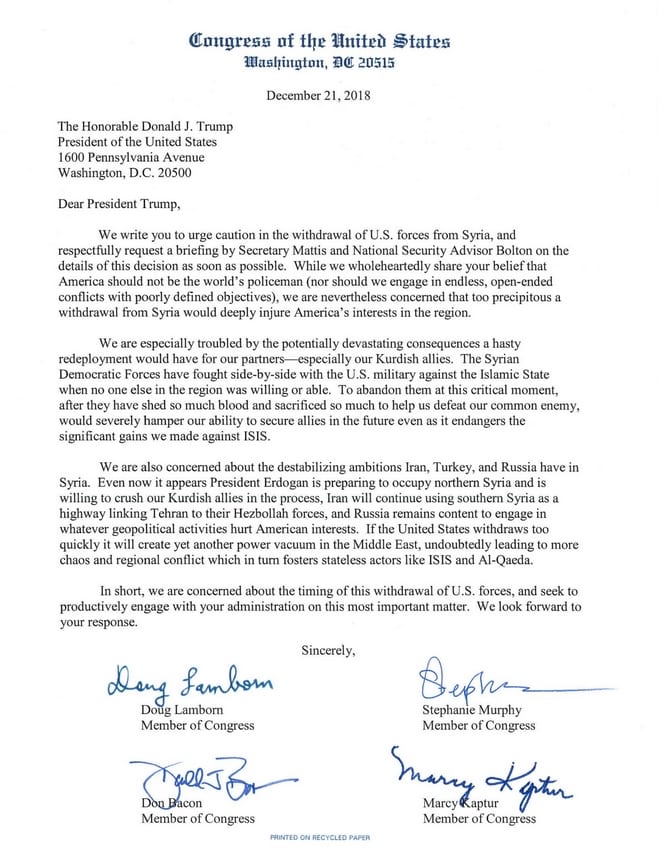