WOODLAND PARK – It was bitter cold in Woodland Park Thursday night, but that didn’t stop a community from showing its support to a family dealing with the unthinkable.

Dozens of people bundled together beneath the Memorial Park pavilion for a brief candlelight vigil in support of Kelsey Berreth. The 29-year-old mother has been missing since Thanksgiving.

Woodland Park Police Chief Miles De Young spoke briefly before the crowd. He said the department is establishing a reward for information that will help authorities find Berreth.

He also told News 5’s Sam Kraemer the department has made progress on the investigation, but wouldn’t elaborate further. That information is expected to be released at a Friday news conference.

Laura Ross was one of those that gathered for prayers, positive thoughts and support.

“You know, if you can come out, pray with each other and hold each other’s hands, and lift each other up and hope for the best, sometimes it’s all you can do,” Ross said. 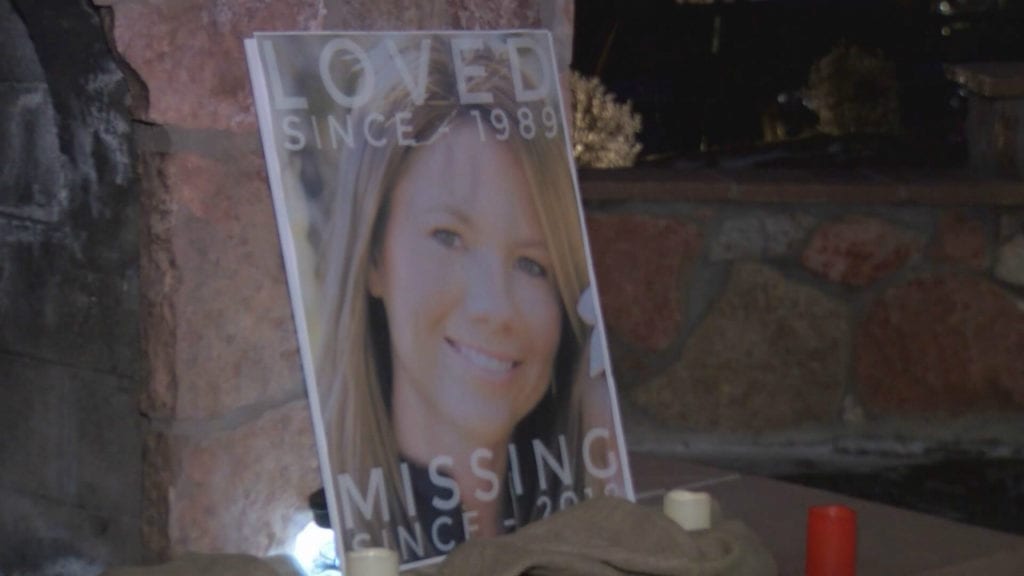 The vigil was organized by Woodland Park residents Vanessa Nichols and Amber Overton. The pair doesn’t know Berreth personally, but they wanted to show their support for the family.

“It’s always sad when you hear of cases like this, but this one being so close to home, we just felt like it’s the least we can do,” Nichols said.

She told reporters the admiration shown by community members is having a positive impact.

“I just want to thank them, thank them for doing this, for coming out. It’s cold, I know, but we feel the support and love, and I really appreciate it,” she said.

Those gathered held each other close, bowed their heads and stood together in prayer. They’re hoping the young mother will soon return home safely to her loved ones.

“Whatever it takes to get her back home and returned to her family, we want to help out as much as we can,” Nichols said.

If you have any information about her disappearance, you’re asked to contact the Woodland Park Police Department immediately at (719) 687-9262.