MONUMENT – Police in Monument are asking for help finding 27-year-old Juan Sebastian De La Vega-King who is wanted on charges for possession of weapons by a previous offender, drug possession, theft and possession of drug paraphernalia.

As a convicted felon, investigators are concerned after learning he may be in possession of firearms and body armor. One set of body armor was recovered by police, along with a rifle and a revolver previously reported stolen during a burglary in Oregon.

The investigation started on Tuesday when people living in a home on the cul-de-sac of Hulls Way reported a theft.  According to police, De La Vega-King was temporarily living in the home at the time roommates accused him of stealing items, including pills.

Investigators believe he may still be driving a 2000 Nissan Frontier pickup (similar to the one below) with Oregon license plate HHVR. The truck had a black camper shell with two dinosaur stickers.

The warrant for his arrest covers extradition from any state. According to Monument PD, he has multiple prior felony convictions for drugs, burglary and weapons violations.

He’s described as a white male, 5’8″ tall, weighing around 150 lbs with brown hair, brown eyes, a beard and a nose ring. The most recent photo of De La Vega-King shows him with longer dyed blond hair while in older photos he has short brown hair.

If you have any information is asked to contact the Monument Police Department at 719-481-3253. 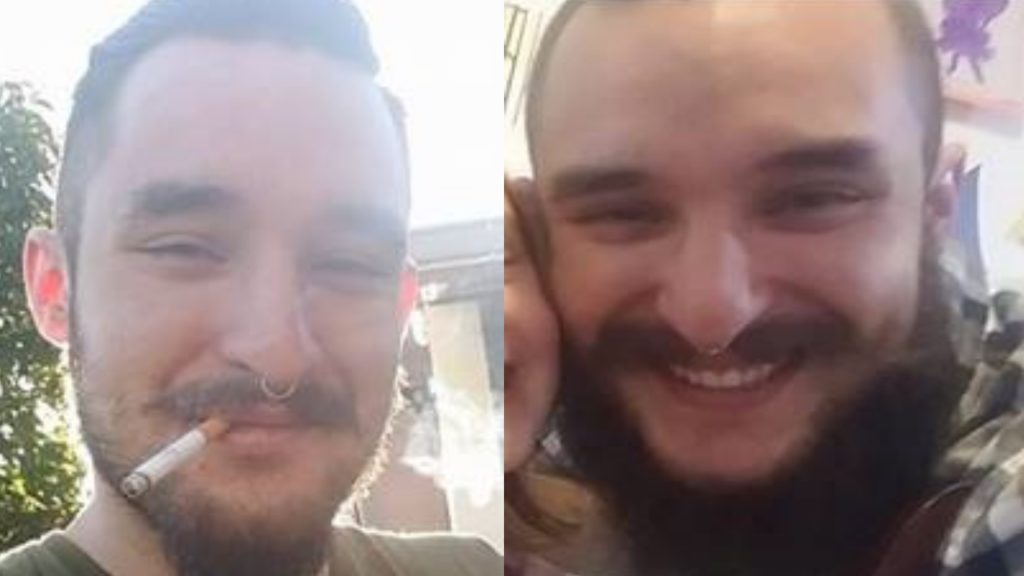