Fire in Westminster sends large plume of smoke over Denver 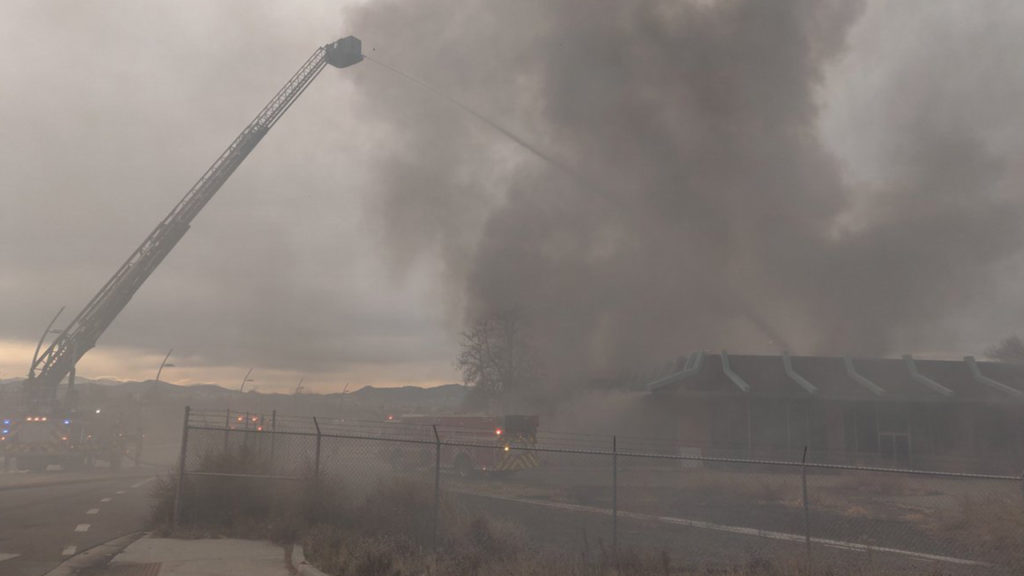 WESTMINSTER – The Westminster Fire Department has gained control of a massive fire that burned an abandoned building Thursday.

The fire burned much of an unoccupied RV sales lot and repair shop near 71st and Federal. According to Westminster FD, 60-70 firefighters worked to put out the fire, which started a little before 2:30 p.m. Thursday.

Smoke will still be visible in the area because the fire is not completely out. Authorities say the firefighting effort is likely to continue throughout the night.

Firefighters had to fight the fire far from the structure because it showed signs of instability. Fire crews and investigators will not be able to go into the building until Friday due to the condition of the structure.

Firefighters said reports of an explosion have not been confirmed. Firefighters do not believe that anyone was injured.