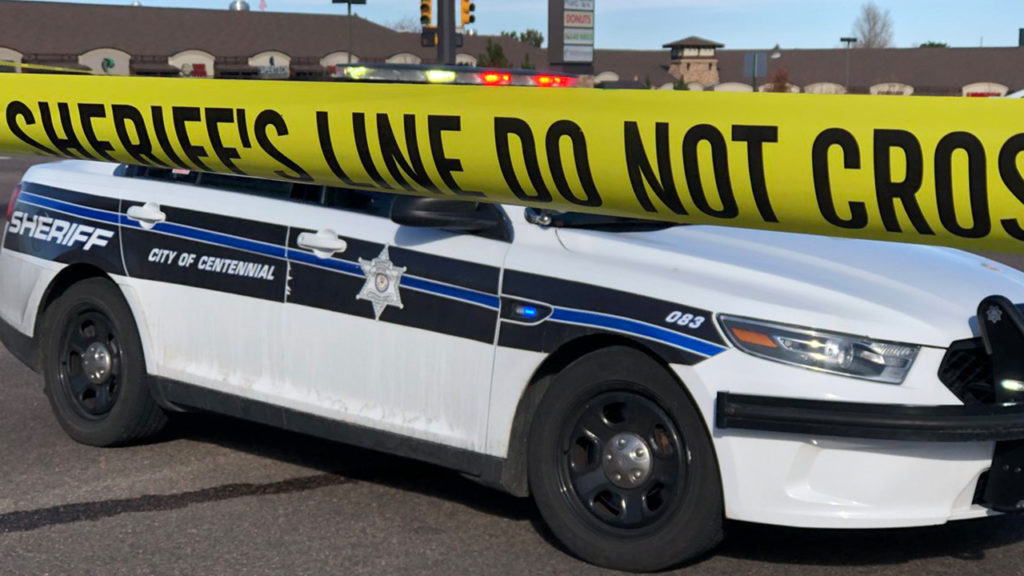 CENTENNIAL – A domestic violence suspect has died after he was shot by an Arapahoe County Sheriff’s deputy at the intersection of Dayton and Arapahoe Road Thursday morning.

The Arapahoe County Sheriff’s Office said the deputy suffered minor injuries and is expected to recover.

The  Sheriff’s Office tweeted deputies were dispatched to a domestic disturbance around 9 a.m. at an address near Arapahoe Road and Potomac. There, they learned that a third suspect had left the area and was armed.

Deputies pulled over a vehicle wanted in connection to felony menacing charges, and they eventually boxed it near the intersection of Dayton and Arapahoe Road. Deputies said the man did not comply with orders to get out of the car.

The sheriff’s office said deputies approached the vehicle to break out the driver’s side window when one of the deputies said they saw him reach for a weapon. That’s when they shot him. There was no one else inside the vehicle.

Aerial shots from a helicopter above the scene showed dozens of shell casings on the ground near the vehicle.

An investigation into the shooting is currently underway, and Arapahoe Road is closed east of I-25 while investigators work in the area.