PUEBLO – Pueblo P.D. reports that Officer Chad Albaugh was on his way to work in his personal vehicle early Sunday morning when he was almost hit by another vehicle.

Officer Albaugh began following the vehicle and airing its location over his radio.

PD said that before other officers could get to the vehicle it jumped a curb and crashed into a fence.

The driver of the vehicle tried to leave the scene but was taken into custody by Officer Albaugh. Another officer arrived at the scene and arrested the driver for DUI. 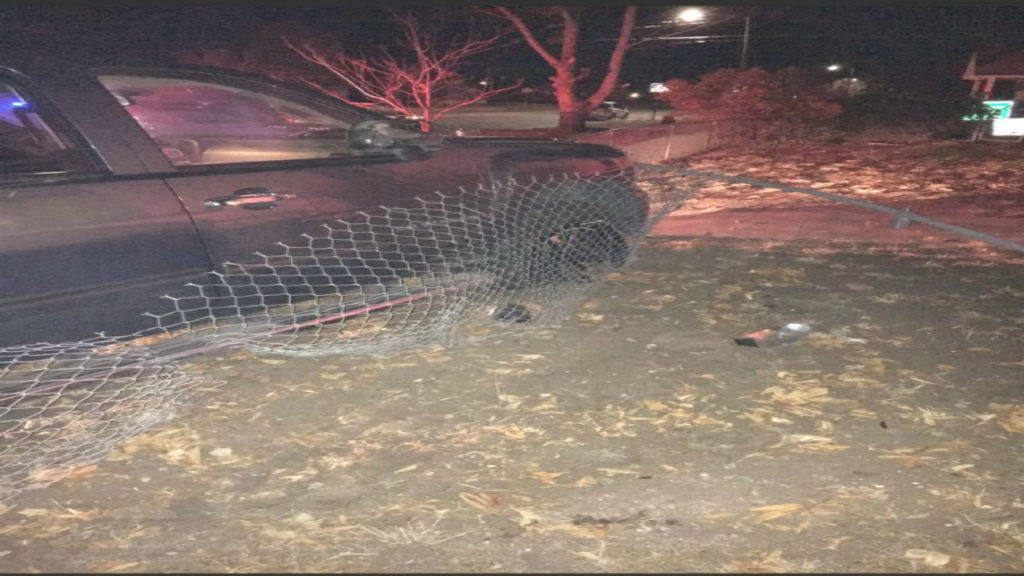