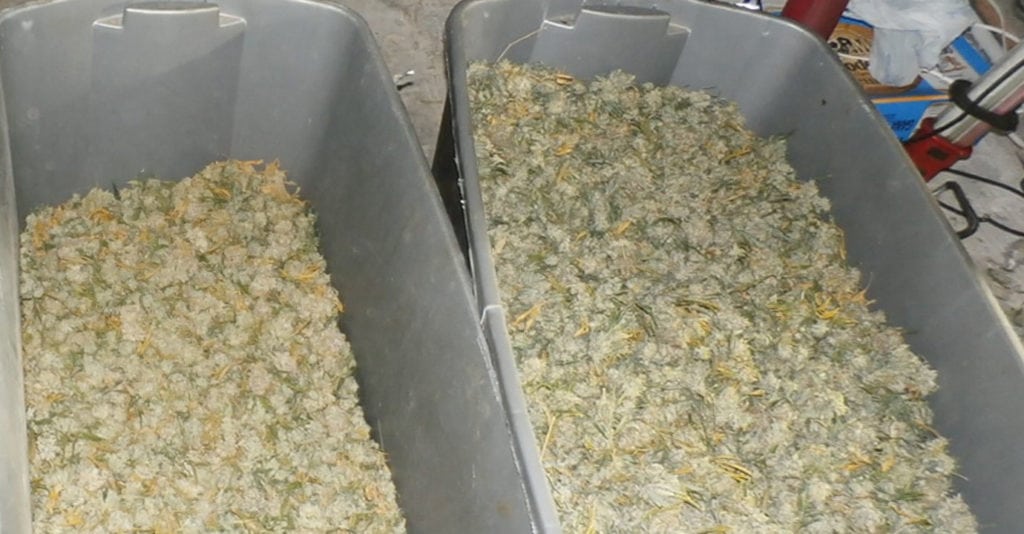 The home was condemned after deputies searched the property and found “unsafe alterations” made to the structure. The Sheriff’s Office said they smelled marijuana outside of the home, several large air conditioners and unusual water drainage, which led them to search the property.

Deputies called the woman who owned the property, but she was out of town. That’s when deputies obtained a warrant and searched the home where they found seven 55-gallon containers full of marijuana along with the 23 plants. They also seized grow equipment.

Authorities said the street value of the dried marijuana was about $249,000.

“The sheer amount of marijuana in this grow coupled with the fact that the people are from out of state is a sign that this was a ‘Black Market’ grow,” said Pueblo County Sheriff Kirk M. Taylor in a news release.

Today’s grow bust is the second in four days uncovered by the Sheriff’s Office.