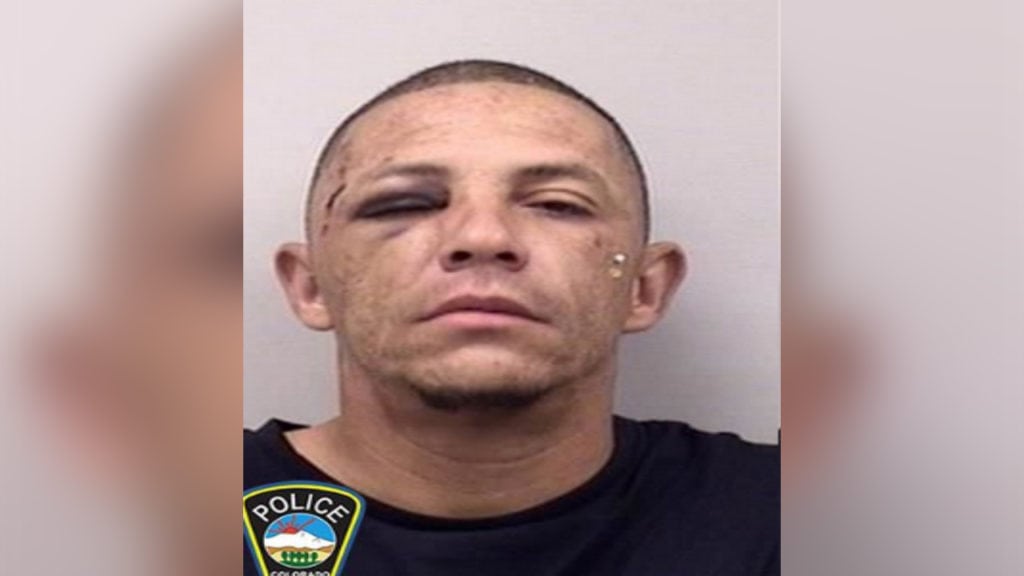 COLORADO SPRINGS – Colorado Springs Police released the booking photo of a man seen in a viral video being tased by an officer.

Police arrested 37-year-old Lilton Maestas in the 3600 block of E. Uintah Street on Wednesday. Police said Maestas was a wanted felon who was possibly armed with a weapon.

Police said Maestas ran away from them in the 3600 block of E. Uintah St. CSPD said the officer warned him multiple times to surrender before they tased him, causing him to fall and suffer non-life threatening injuries.

Police said Maestas will be booked into the El Paso County jail on a felony assault warrant once he is released from the hospital.