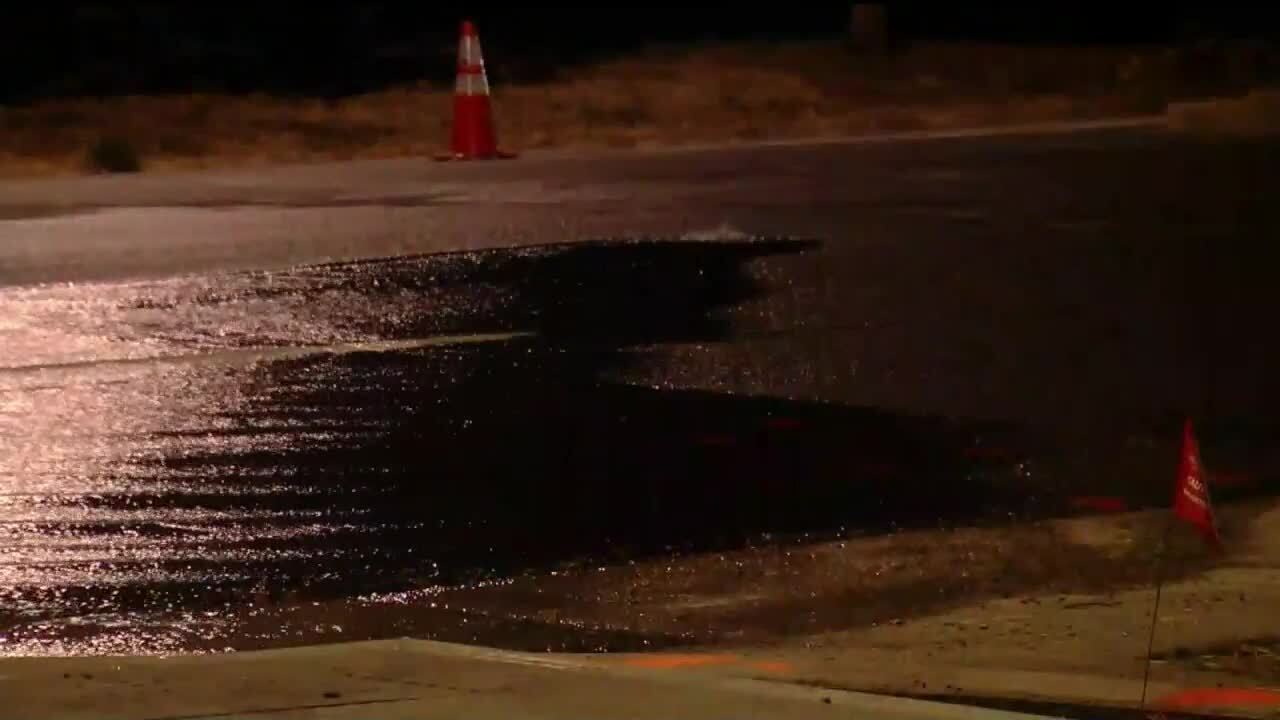 COLORADO SPRINGS — Colorado Springs Utilities has repair crews working on two water main breaks that have Union Boulevard near Academy Boulevard shut down as well as some lanes on Constitution Avenue near Murray Boulevard.

The water burst on Union Boulevard was first reported just before 5:30 a.m. Thursday and about 25 minutes, another water main break was reported on Constitution Avenue.

The northbound lanes of Union Boulevard are closed as well as southbound turn lanes.

For the second water main break, CSU has closed one lane of Constitution Avenue in both directions.

Drivers are asked to avoid these areas and seek alternate routes for this morning's commute.