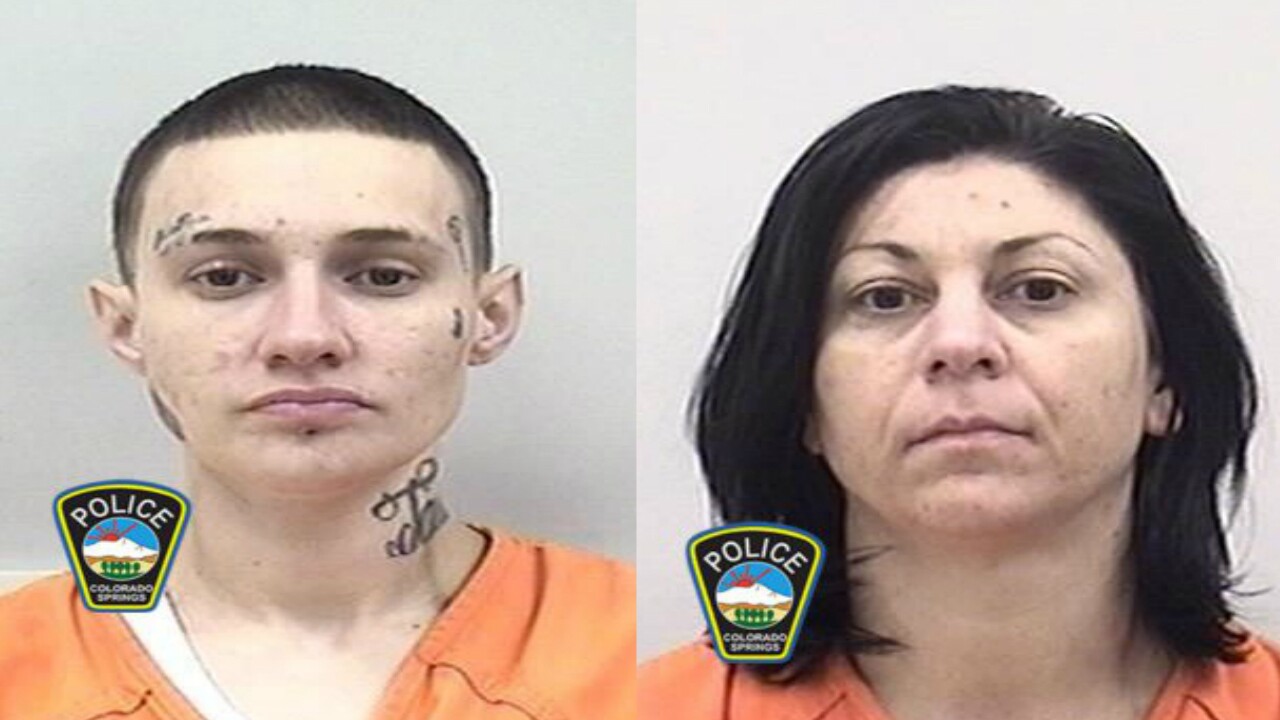 Colorado Springs police say Heather Honeycutt, Jami Bounous, and Tamra Kelly were recently released from a Las Vegas prison on a variety of identity theft charges and traveled to Colorado Springs after a brief stop in the Denver area.

None of the suspects were employed, had a vehicle, or a residence in Colorado Springs.

Since then Honeycutt and Bounous were arrested in April 2019 for identity theft and possessing a ledger filled with personal identifying information at the Broadmoor Hotel.

Shortly after they were sentenced to probation but were arrested again in August and found in possession of counterfeit driver’s licenses, counterfeit debit/credit cards, and four ledgers.

Officers were dispatched to the Broadmoor Hotel again in September where Kelly was arrested for being in possession of several financial identifying documents as well as heroin and methamphetamines.

On October 24, police got information that Honeycutt was at the Embassy Suites. Surveillance was setup with K9, patrol officers and VNI detectives on the ground while K9, patrol and FCU detective was at the front room door.

The room was registered in the same victim’s name as Honeycutt had used to rent vehicles.

When authorities knocked on the door, the suspects scaled off the 3rd floor balcony to ground level where they were immediately taken into custody.

In the hotel room authorities found a ledger with personal identifying information along with stolen identification documents.

According to Colorado Springs police more arrest warrants are expected.