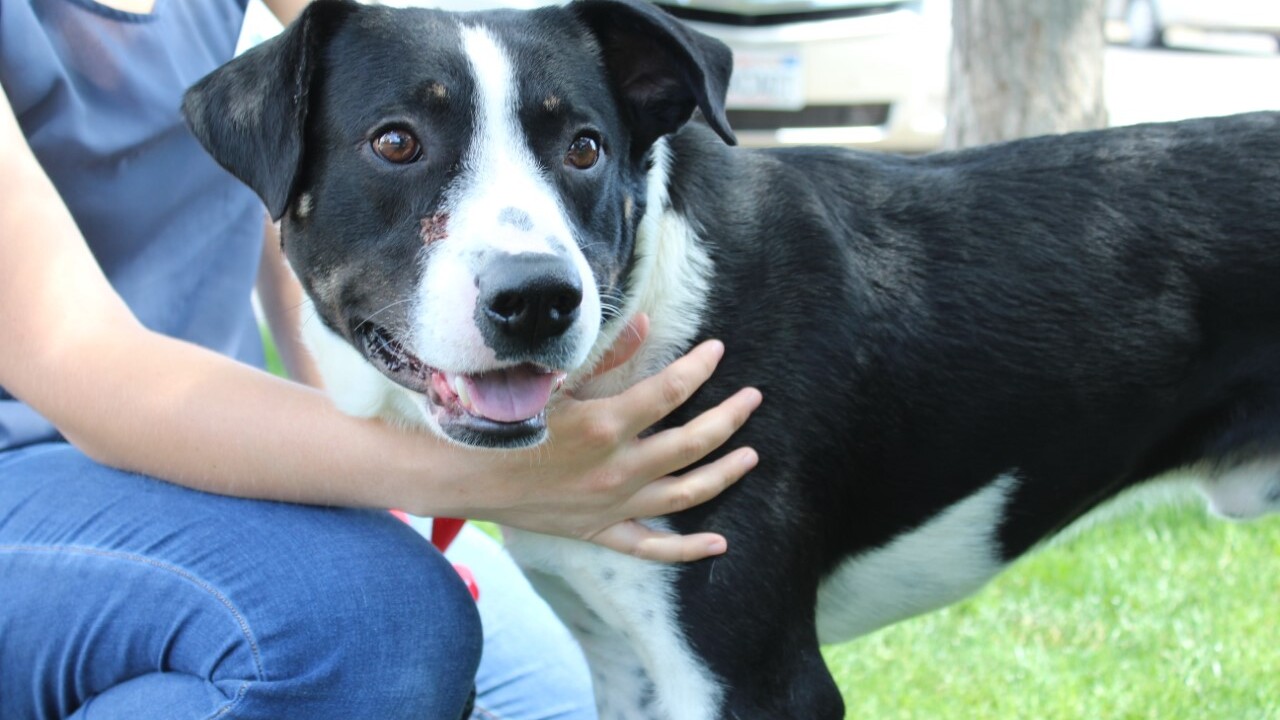 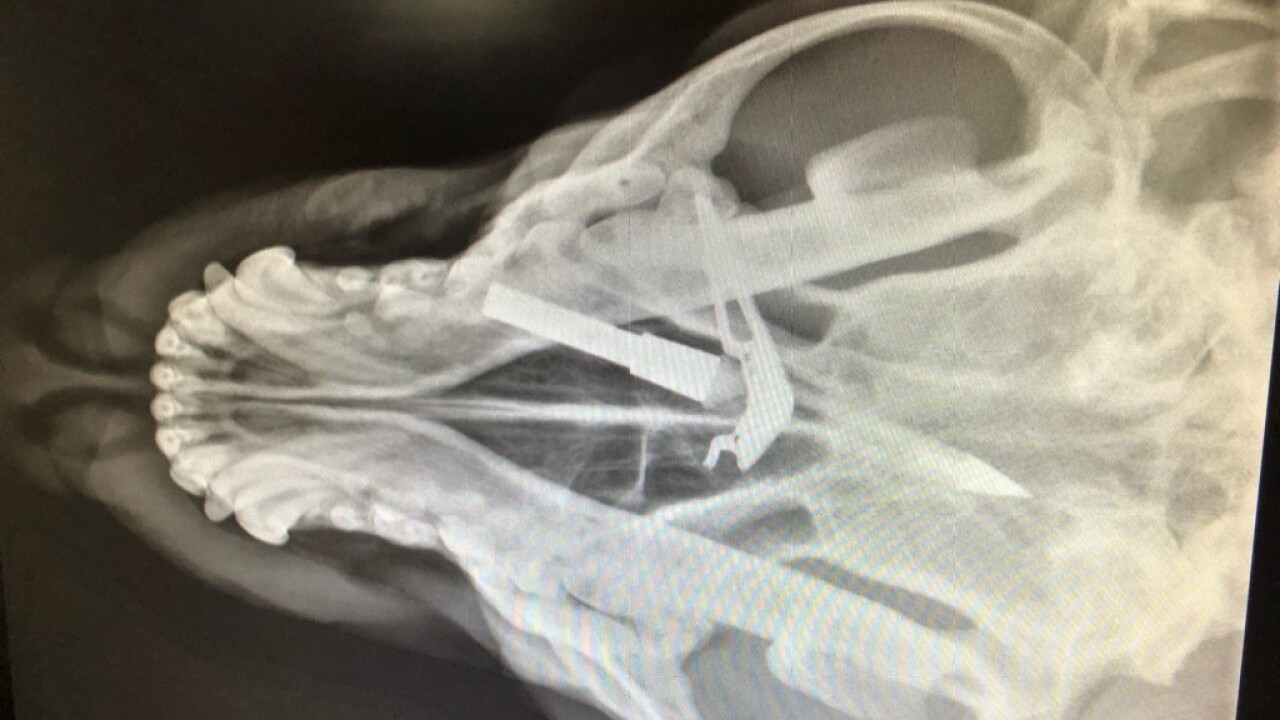 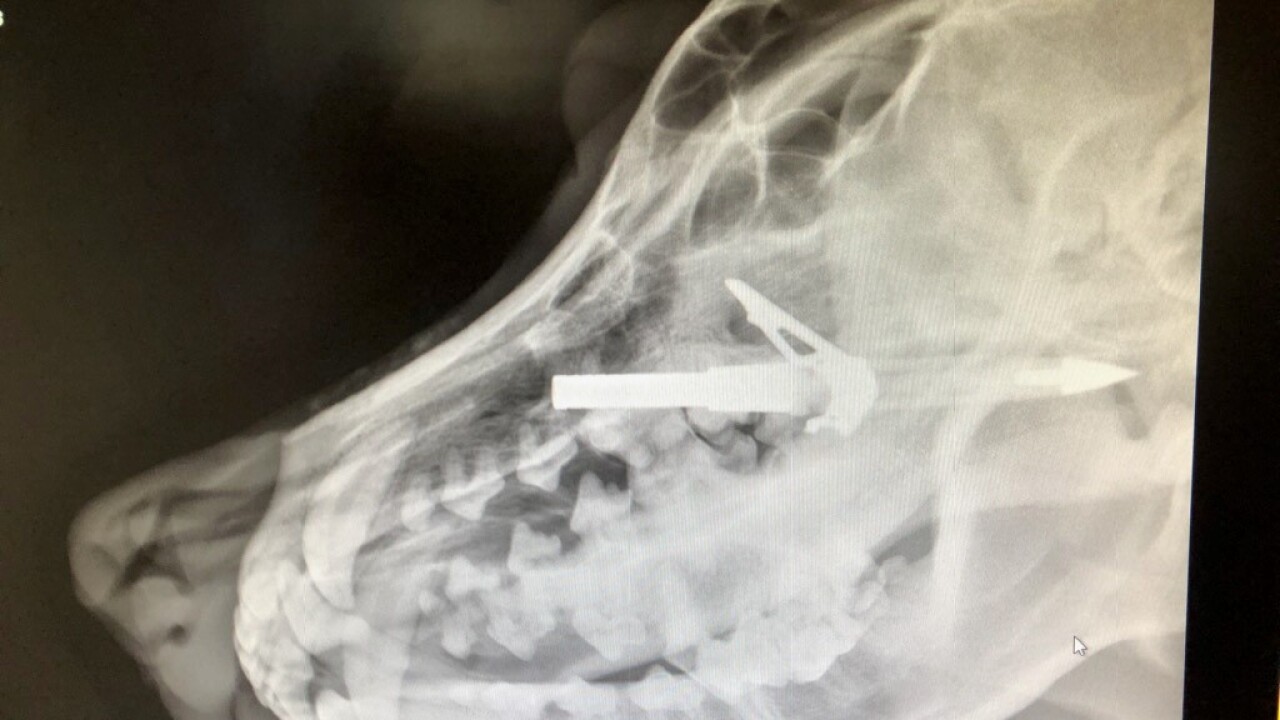 DURANGO — La Plata County Humane Society is working to raise money for surgery to remove an arrow out of 1-year-old Champ's nasal cavity, according to a press release.

Champ had his initial examination at LPCHS on July 11 and received treatment for what they thought was a possible kennel cough, but his health continued to decline. The release said once LPCHS sent Champ to a local veterinarian for a chest x-ray, they learned he had an arrow lodged in his naval cavity and skull.

The surgery is scheduled to take place later this week. LPCHS said this is the only way to save Champ's life.

"At only 1-year-old, Champ has so much life to live and love to give a future family. This surgery will not only save his life, but will enhance his quality of life. We have to do whatever means necessary to help Champ live his best life,” said Chris Nelson, director of Animal Services.

LPCHS is raising money for Champ's surgery, which is estimated to be more than $5,000. They described Champ as a fun, playful dog whose "smile has touched the entire LPCHS team."