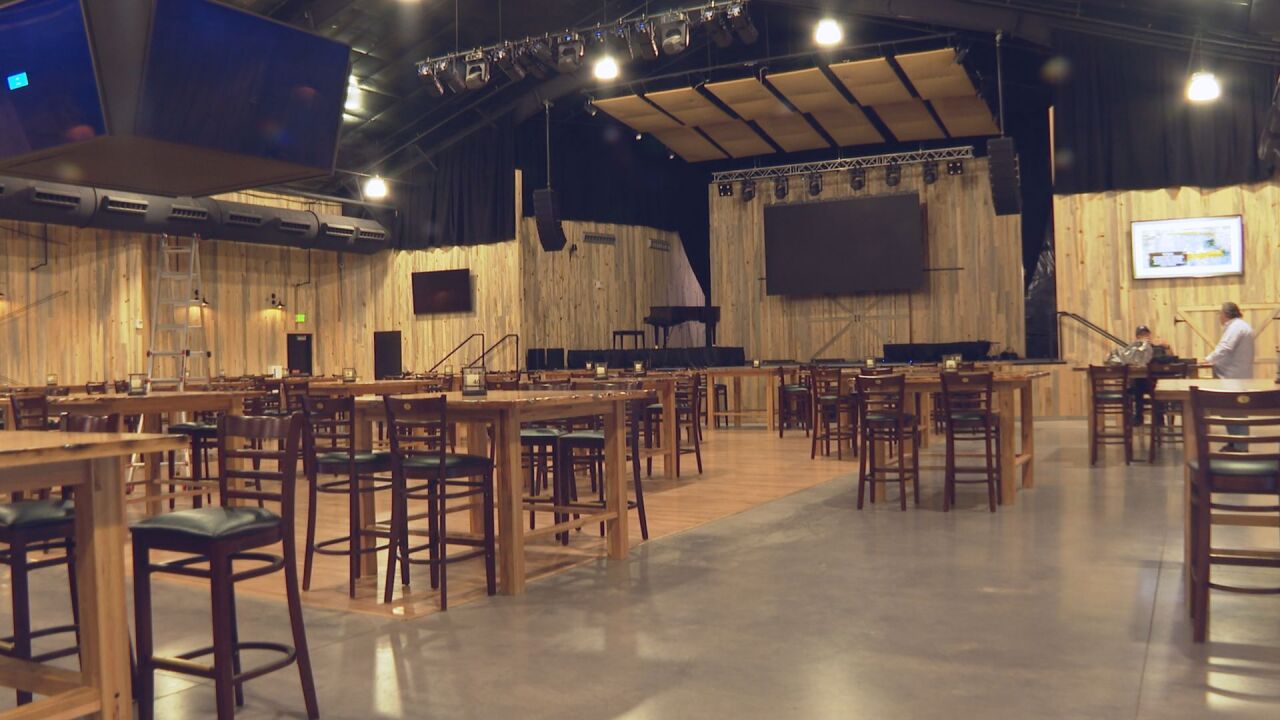 Copyright 2020 Scripps Media, Inc. All rights reserved. This material may not be published, broadcast, rewritten, or redistributed.
Colette Bordelon
The Boot Barn Hall at Bourbon Brothers with socially distant seating. 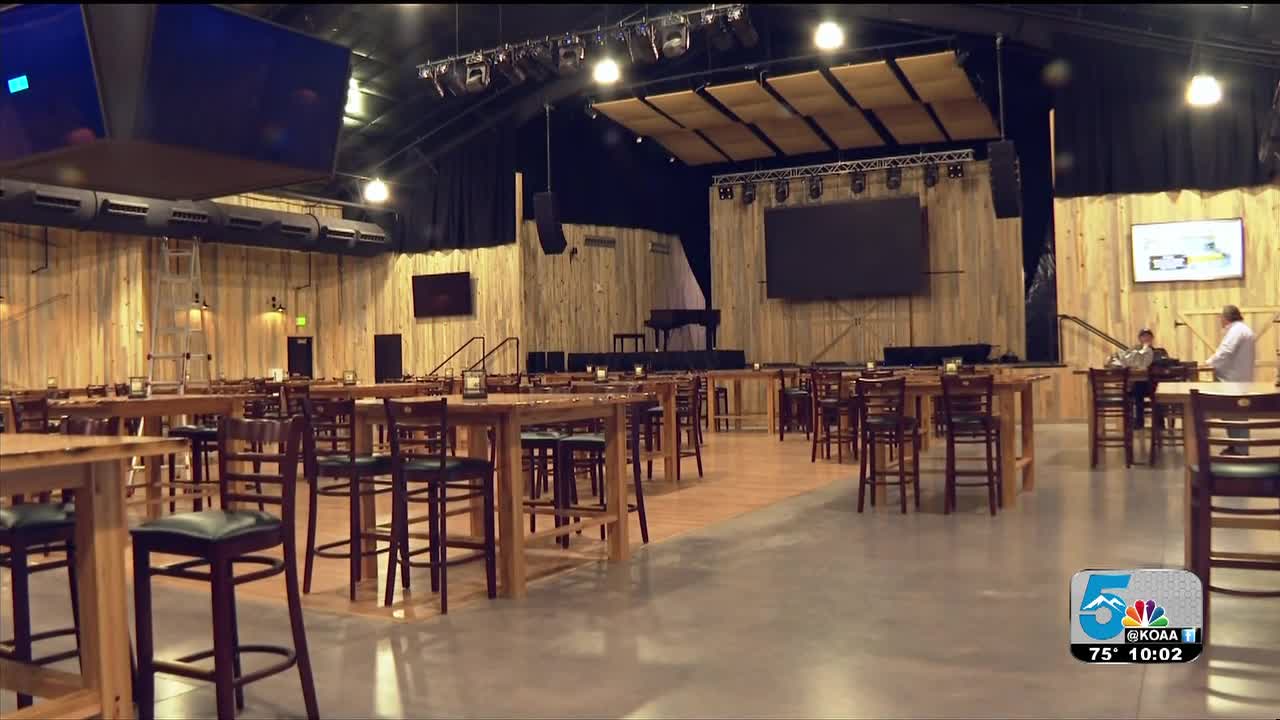 COLORADO SPRINGS — The live events industry is one of many business sectors dramatically impacted by coronavirus closures. However, in the world of socially distant shows and occupancy limits, some venues may not make it out of the pandemic.

Boot Barn Hall at Bourbon Brothers is a venue hosting the socially distant shows, where guests must sit at tables spaced ten feet apart. "You typically come to a place like this, and you come and you dance and you enjoy the time, but as you will notice our dance floor is covered with tables now," said J.W. Roth, the founder of Boot Barn Hall, which opened to the public at the beginning of 2019.

Roth said they normally host around three shows a week, with anywhere from 650-1,400 people in attendance on a nightly basis. Now, they have to plan for shows with only 100-175 guests. The number has fluctuated based on state and county public health guidelines.

Boot Barn Hall went for 90 days without a show, during the months of March, April, and May. "On a campus like this, our revenue is down about 60%," said Roth, also referring to the bar and restaurant on the property that are under the same ownership.

This weekend, they are preparing for a show on Saturday night with 100 attendees. The show sold out online in under half an hour. However, all concert tours have been canceled through the end of this year. "By the time the concert tours re-happen, that's going to be spring, early summer of '21," said Roth.

Boot Barn Hall is hosting other events to try and help. They plan to have watch parties for the presidential debates and football games. "You have to do what it takes to stay alive," said Roth.

The Broadmoor World Arena and Pikes Peak Event Center participated in the #RedAlertRESTART on Wednesday. Venues lit up red across the country to raise awareness about the impact of COVID-19 on the industry. Between the two locations, there are around 300 employees on the payroll.

Jon Taylor is one of them. "We got furloughed right around the end of March. Some of us got brought in for a little bit. And then, come the end of June, I was furloughed again until who knows," said Taylor, who works as the partnership marketing manager.

Taylor said he's been missing his work and hopes people will remember their industry and support it when they can. "First ones to go, and last ones to come back at full throttle... There's just so many people involved in this multi-billion dollar industry," said Taylor.

Another employee at the Pikes Peak Event Center is Phillip Doumas, their head audio engineer. Since there are no shows to work, Doumas has had to find alternative ways to make money in the meantime. "We were just immediately out of a job," said Doumas.

He said for a large venue like the Pikes Peak Event Center, holding shows at such a small capacity does not make sense. "Our room seats 2,000. And it doesn't become feasible to do a show when we're only able to sell less than half the house," said Doumas.

Still, he said smaller venues are going to face even more struggles. "I hope those venues can survive," said Doumas.

According to #WeMakeEvents, live events employ more than $12 million people and contribute over one trillion dollars every year to the U.S. economy. 95% of live events have been canceled because of coronavirus.