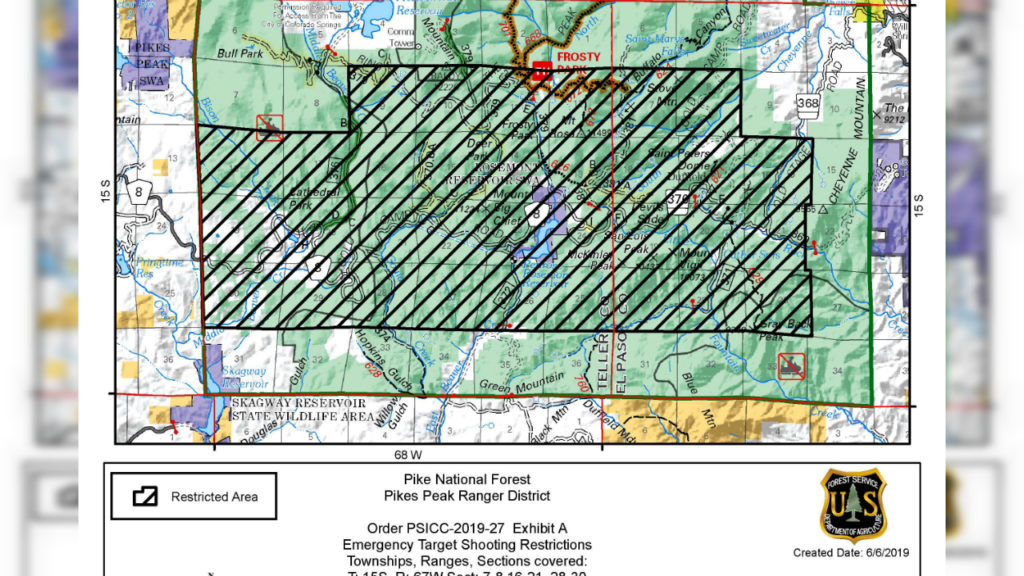 PIKE NATIONAL FOREST – A restriction will be in effect for part of Pike National Forest on Saturday, June 8.

An emergency target shooting restriction will be in place in the Gold Camp/Old Stage area of Pikes Peak Ranger District.

The restriction is to provide safety for workers and for the public during an effort to remove trash from the forest.

Signs are posted in the area of the closure, and more information is available on the Pikes Peak Ranger District website and social media pages.

No one will be allowed to shoot a firearm, air rifle, or gas gun in the restricted area with the exception of:

There will be an emergency target shooting restriction in place the day of Saturday, June 8 in the Gold Camp/Old Stage area on the #PikesPeakRD. The restriction in support of a clean up to remove trash from the forest.