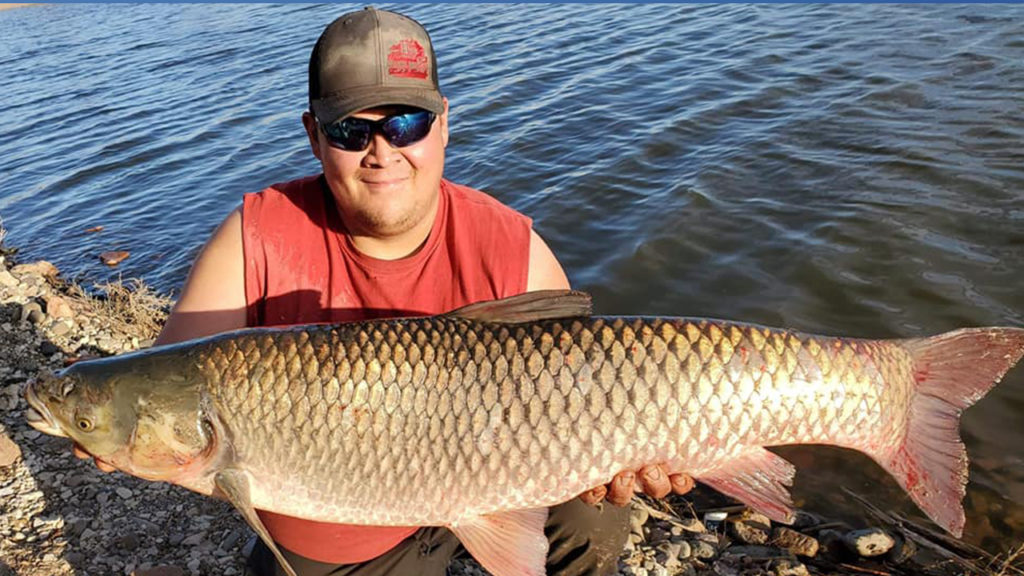 MONTE VISTA – A southern Colorado man has a fishing story for the ages after landing a giant carp recently.

Fuentes says of the big day, “I’d just cast my first line and I was setting up my second rod when I saw the line start to run out…I had to get to it before the rod went into the water.”

The carp measured 40 inches long and weighed 30 pounds, certainly large, but short of the state record by 17 pounds.

Fuentes says he often visits the lake with family and friends to wind down after work, he says he caught this particular carp with a worm and was lucky to have a 50-pound test line on his reel.