Ski Report: More snow chances in the forecast this weekend

It may be late in the season, but having been out there just 8 days ago, I can vouch for deep snow. I can also vouch for the necessity for sunscreen, because of high sun angles and high snow glare.

While the Bomb Cyclone’s sequel didn’t live up to the hype on the Front Range, it brought a healthy amount of snow to some resorts, especially those along the I-70 corridor.

Breckenridge, Copper Mountain, Vail, Beaver Creek, Loveland and A-Basin all received a healthy amount of snow from the latest system. Winter Park was the biggest winner, getting 21 inches of the fresh stuff on Wednesday!

There has already been enough snow to carry us into May, with some ski areas sporting healthy bases over 70 inches. 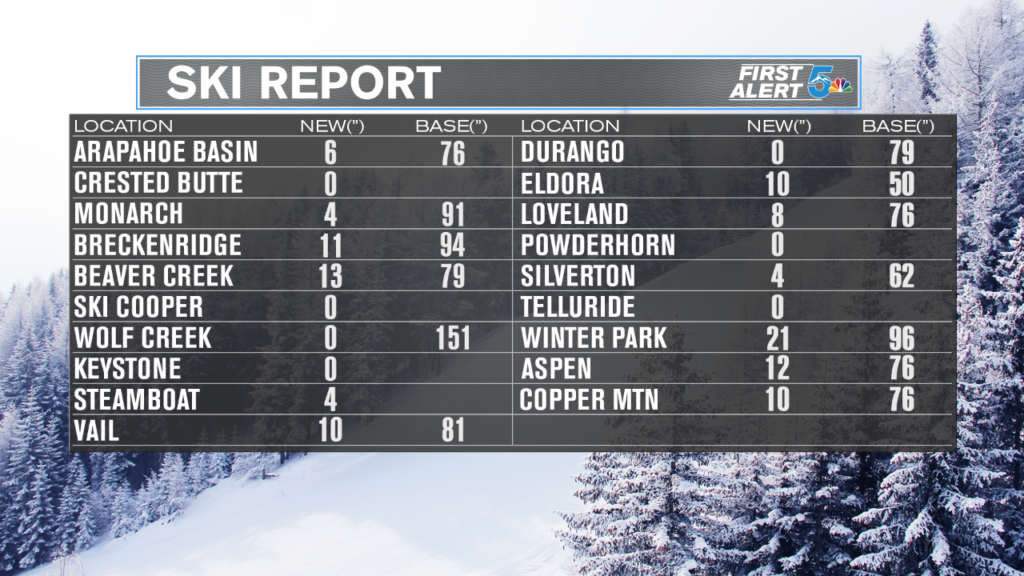 Snow comes back in the forecast on Friday and Saturday, so expect some refills while you’re out getting your turns in. Sunday looks dry.

Monarch will close on April 21, Loveland is set to close on May 5, Breckenridge hopes to close around Memorial Day and the Mary Jane territory at Winter Park will stay open until mid-May.