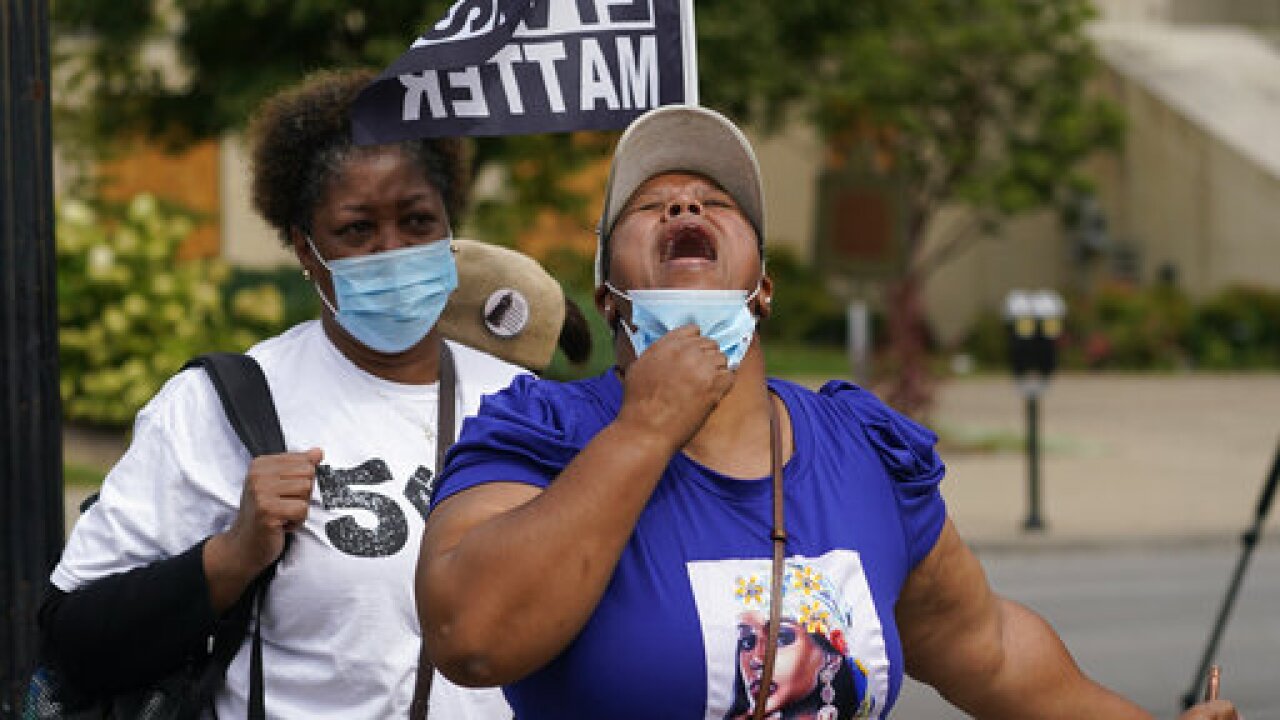 Copyright 2020 The Associated Press. All rights reserved
Darron Cummings/AP
A woman reacts to news in the Breonna Taylor shooting, Wednesday, Sept. 23, 2020, in Louisville, Ky. A grand jury has indicted one officer on criminal charges six months after Taylor was fatally shot by police in Kentucky. The jury presented its decision against fired officer Brett Hankison Wednesday to a judge in Louisville, where the shooting took place. (AP Photo/Darron Cummings)

By mid-afternoon on Wednesday, some of the streets of Louisville were filled with demonstrators upset by a Kentucky grand jury decision not to charge two of the officers involved in fatally shooting Breonna Taylor in her home in March.

On Monday, the city was placed in a state of emergency with the expectation that protesters and law enforcement would clash. Many downtown businesses were boarded up and police officers were called back from vacations.

As of 9 p.m. ET, the city went under a mandatory curfew.

Brett Hankison was the only officer charged among those who participated in the raid on the apartment where Taylor lived. Hankison’s charges, however, were not directly in response to Taylor’s shooting. He was charged with wanton endangerment for firing gun shots at other apartments.

Two other officers, Jon Mattingly and Myles Cosgrove, are not facing charges. Kentucky Attorney General Daniel Cameron considered their use of force justified.

Hankison, Mattingly and Cosgrove returned fire during the raid after Taylor's boyfriend Kenneth Walker fired at the officers. Walker was arrested but had his charges dropped due to the belief that the officers were breaking into the apartment.

“This is outrageous and offensive to Breonna Taylor’s memory. It’s yet another example of no accountability for the genocide of persons of color by white police officers. With all we know about Breonna Taylor’s killing, how could a fair and just system result in today’s decision? Her killing was criminal on so many level," Crump said.

“The injustice we’re witnessing at this moment can be sensed throughout the nation. Kentucky’s Attorney General Daniel Cameron’s failure to bring substantial charges against the officers who murdered Breonna Taylor causes angst and pain for far too many Americans still reeling from a pandemic,” the NAACP said in a statement. “The charges of wanton endangerment in connection with the murder of Breonna Taylor does not go far enough and is a miscarriage of justice for her family and the people of Louisville. Atrocities committed against the people of this country by the authorities cannot and should not go unanswered when miscalculations are made. The continuous and blatant failure of a system sworn to protect the very citizens it endangers is all too telling of its efficiency and viability.”

While some protesters demonstrated peacefully, others have ignored calls for peace.

Raw video from the protests in Louisville showed a small group of protesters fighting with officers. Several of the demonstrators were detained.