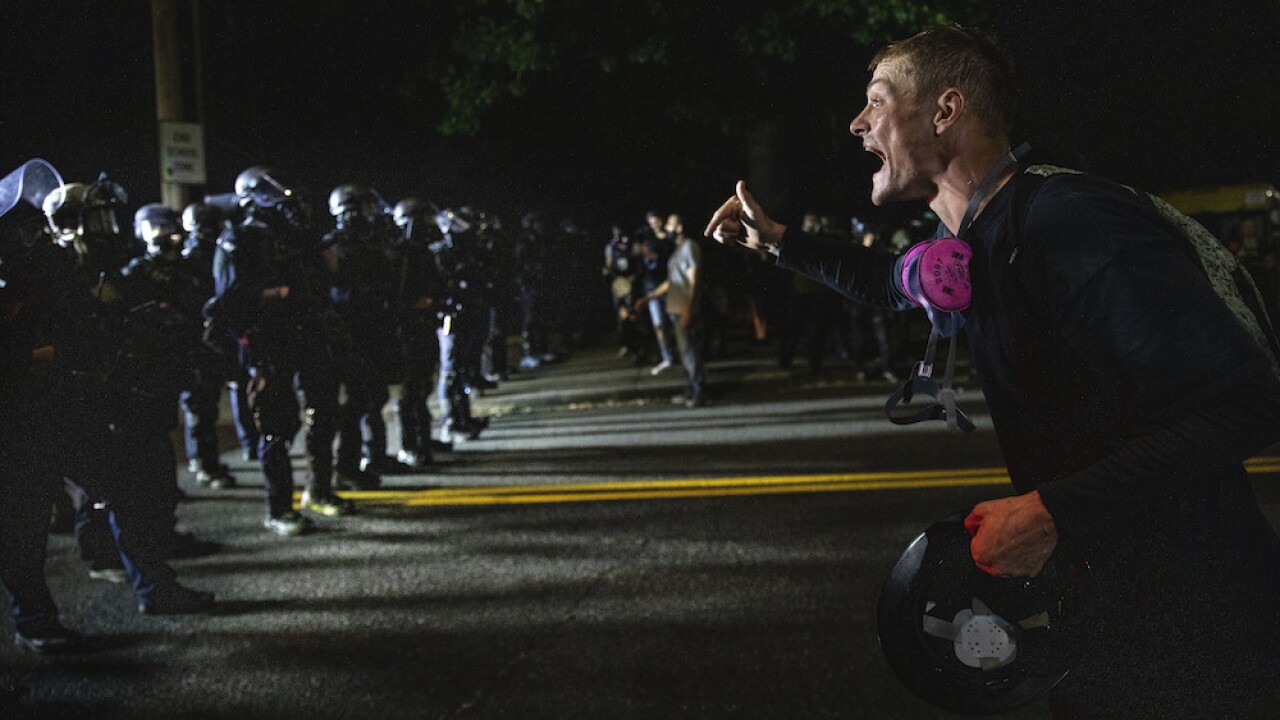 2020 The Associated Press
Paula Bronstein/AP
PORTLAND,OR - SEPTEMBER 5: A protester screams at police as as Portland protests continue reaching 100 consecutive nights on Saturday in Portland, Ore. The 100th night of protests against police brutality quickly accelerated into a riot in Southeast Portland on Saturday. (AP Photo/Paula Bronstein)

WASHINGTON — The Justice Department explored whether it could pursue either criminal or civil rights charges against local city officials as violence erupted night after night on the streets of Portland, Oregon.

Federal officials researched whether they could levy criminal or civil charges against the officials, department spokesperson Kerri Kupec said.

The research likely explored whether the rhetoric and actions of city officials may have helped spur the violence in Portland.

The revelation underscores the Trump administration's effort seek action against those who officials believe may be helping contribute to protest-related violence.

Kupec declined to comment on whether charges would be brought.

According to The Associated Press, federal officials have reported that they were told by local law enforcement that they were explicitly told not to intervene at Portland's federal courthouse — the site of more than a hundred straight days of protest this summer. Protesters threw rocks and bottles at police and vandalized the building during several protests during that stretch.

The Trump administration then briefly sent federal agents to the city in an attempt to quell the protests. Their initial presence in the city led to heightened tensions in mid-summer months.

Portland Mayor Ted Wheeler said in a statement that it was "ridiculous" that the Trump administration was attempting to "distract" from its failures in handling the COVID-19 pandemic and west coast wildfires.

"The administration has made the cynical decision that the suffering of others is politically beneficial, regardless of the cost," he said, according to The Associated Press. "The people of this city — and throughout the nation — will not be intimidated, and I remain committed to doing my part as mayor to work with local partners to advance racial justice, and address the pandemic and economic challenges facing our community."