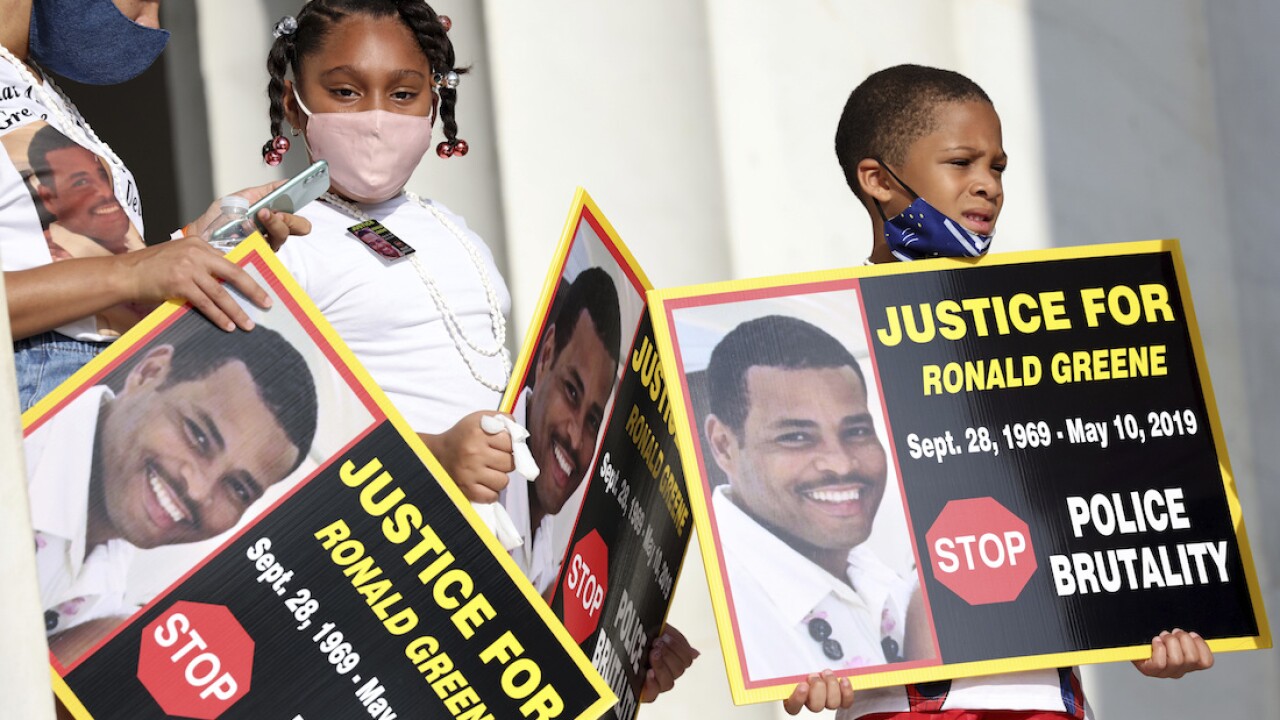 2020 Getty Images
Michael M Santiago/GettyImages/AP
WASHINGTON, DC - AUGUST 28: Family members of Ronald Greene listen to speakers as they gather at the Lincoln Memorial for the March on Washington August 28, 2020 in Washington, DC. Greene died in police custody following a high-speed chase in Louisiana in 2019. Today marks the 57th anniversary of Rev. Martin Luther King Jr.'s "I Have A Dream" speech at the same location. (Photo by Michael M. Santiago/Getty Images)

BATON ROUGE, La. (AP) — A Louisiana state trooper has died following a single-vehicle crash hours after learning he would be fired for his role in the in-custody death of a Black man last year.

He had been placed on paid leave this month amid fallout from the May 2019 death of Ronald Greene, which has become the subject of a federal civil rights investigation and a wrongful-death lawsuit alleging he was brutalized by troopers following a high-speed chase.

Police have refused to release video or records of the arrest.