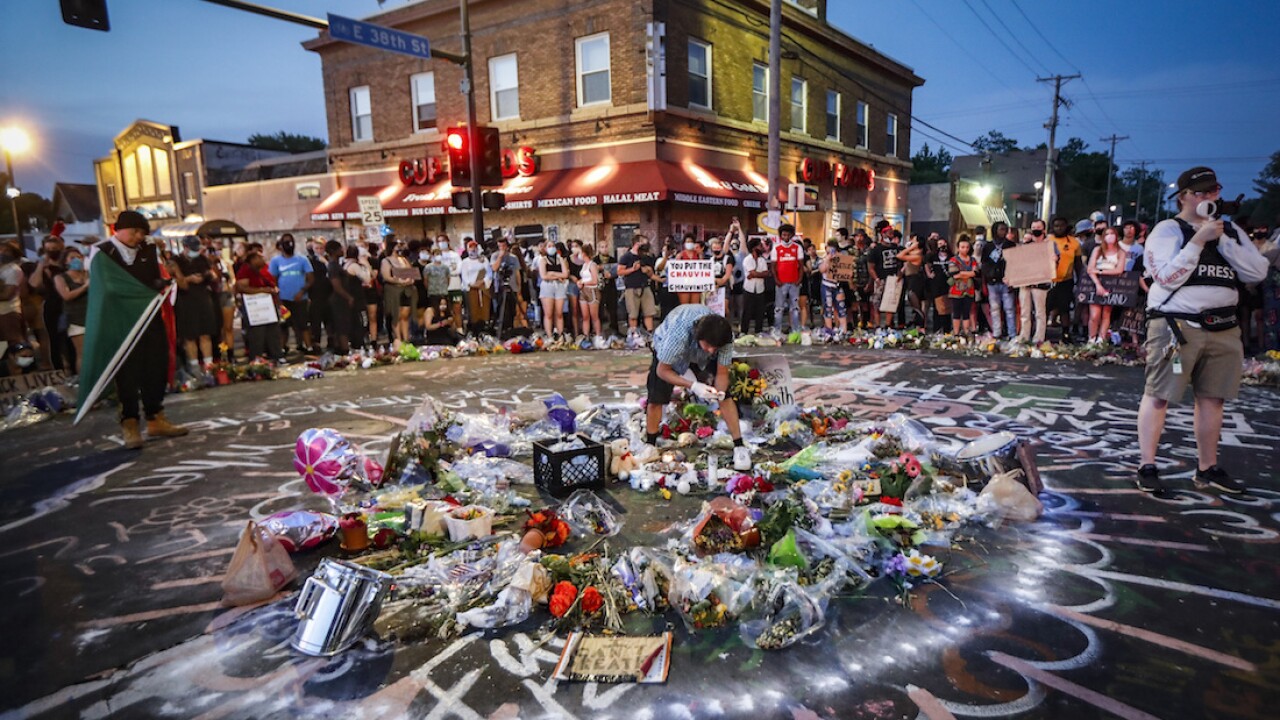 Copyright 2020 The Associated Press. All rights reserved.
John Minchillo/AP
FILE - Protesters gather at a memorial for George Floyd, June 1, 2020, in front of Cup Foods in Minneapolis. Floyd was killed May 25 while in police custody outside the store. (AP Photo/John Minchillo, File)

The intersection in Minneapolis where George Floyd died will now be known as George Perry Floyd Jr Place.

The Minneapolis City Council approved on Friday of renaming the corner of 38th Street and Chicago Avenue.

The council said the name is commemorative, so mailing addresses won't change.

Floyd died while in police custody back in May. His death has led to protests worldwide, with activists calling for justice and racial equality.