Would punish cities that choose to 'defund police' 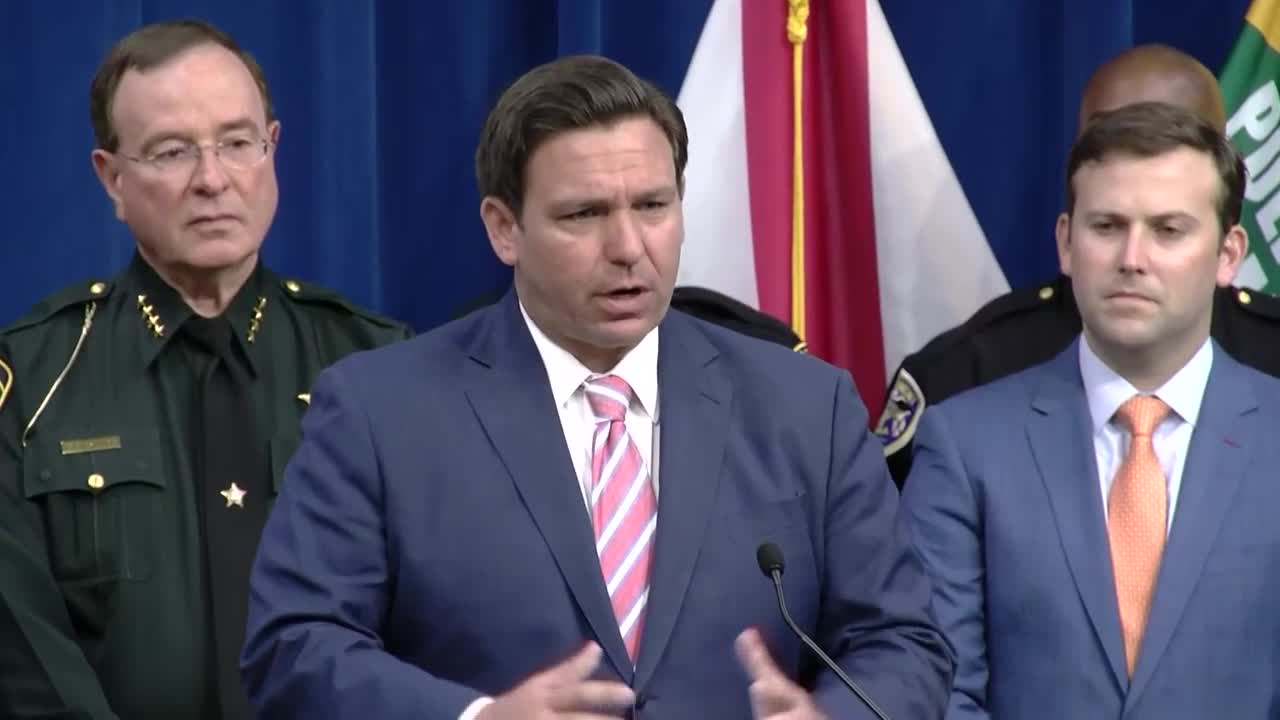 Florida's governor wants to crack down on violent and disorderly protests that threaten the safety of the public and law enforcement officers. 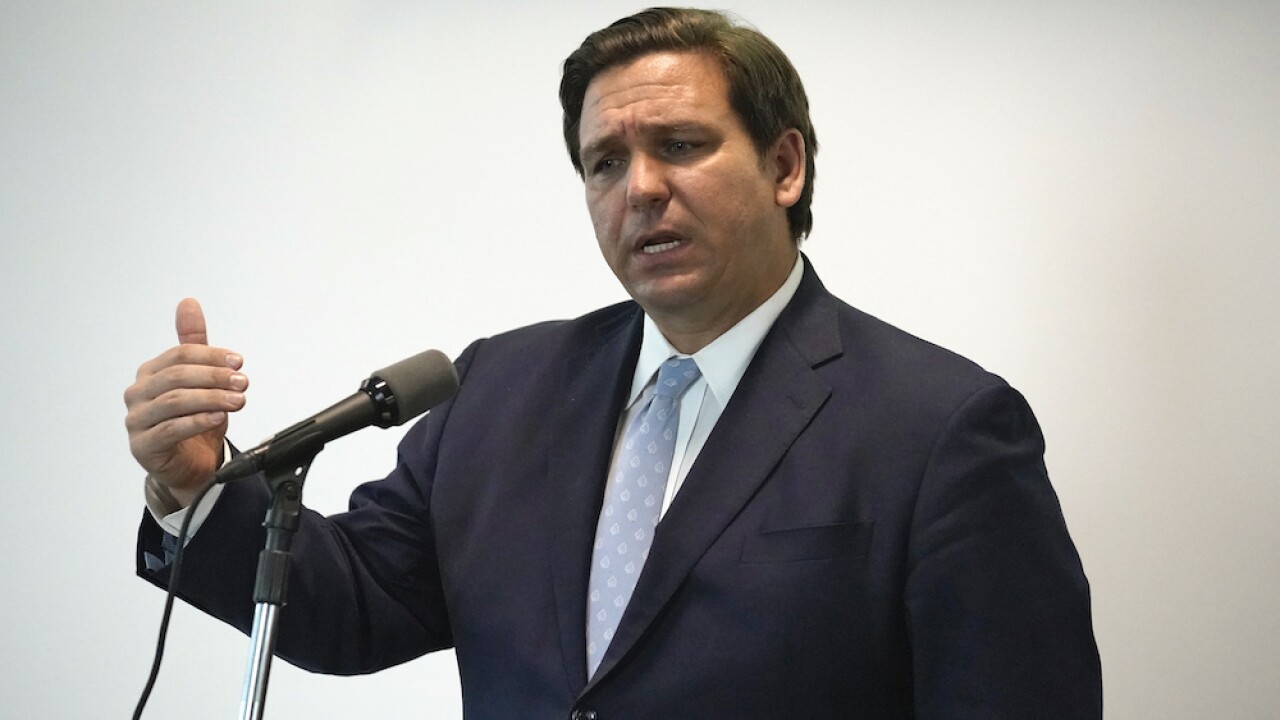 WINTER HAVEN, Fla. — Florida Gov. Ron DeSantis unveiled a bill Monday aimed at shutting down protests on roadways and increasing penalties for those that threaten the safety of law enforcement officers.

Speaking at the Polk County Sheriff's Office on Monday, DeSantis unveiled the Combating Violence, Disorder, and Looting and Law Enforcement Protection Act, which needs to be voted on by the state Legislature.

"Recently in our country we have seen attacks on law enforcement," DeSantis said. "We've seen disorder and tumult in many cities across the country."

Calling it the "boldest and most comprehensive piece of legislation" of its kind in the country, DeSantis said, if approved, the bill would make it a third-degree felony for those that take part in a violent or disorderly assembly.

In addition, protesters could be charged with a felony if they "incapacitate" roadways. The bill would also says that drivers are not liable "for injury or death caused if fleeing for safety from a mob."

"We've seen people take over interstates. That is absolutely hazardous, it's not fair to motorists who may get caught up in that," DeSantis said.

Today I announced bold legislation that creates new criminal offenses and increases penalties for those who target law enforcement and participate in violent or disorderly assemblies. We will always stand with our men and women in uniform who keep our communities safe. pic.twitter.com/ITl5GmmrZJ

DeSantis was referring to a May protest, when hundreds of demonstrators marched across Interstate 95 in West Palm Beach in response to the police-involved death of George Floyd, shutting down traffic on the highway.

Police said that, at some point during the rally, protesters started attacking police officers, hurling rocks and bottles at them.

"If you are involved in a violent or disorderly assembly and you harm somebody, if you throw a brick and hit a police officer, you're going to jail," DeSantis said on Monday.

The governor added that anyone who strikes a police officer could face a mandatory minimum jail sentence of at least six months and won't be granted bail before their first appearance in court.

In addition, the will would introduce enhanced penalties for people who throw objects or assault law enforcement officers during assemblies.

"If you can do this and get away with it, then you're gonna have more people do it," DeSantis said. "If you do it and you know that there's gonna be a ton of bricks rained down on you, then I think that people will think twice about engaging in this type of conduct."

The bill would also attempt to "prohibit state grants or aid to any local government" that takes up the "defund the police" movement and decides to "slash" funding to their police department.

Finally, the bill would make it a second-degree felony to "destroy or topple" monuments or public property during a "violent or disorderly assembly." Across the country, several Confederate statues and statues of colonialists like Christopher Columbus have been toppled since the death of George Floyd.

Officials said that the Combating Violence, Disorder, and Looting and Law Enforcement Protection Act would be taken up during the next legislative session in Florida, which is scheduled to begin next March.

"What we're sending the signal is, Florida is kinda off the table for you," DeSantis said. "It's not gonna end well for you here."

This story was originally published by Matt Papaycik on WPTV in West Palm Beach, Florida.