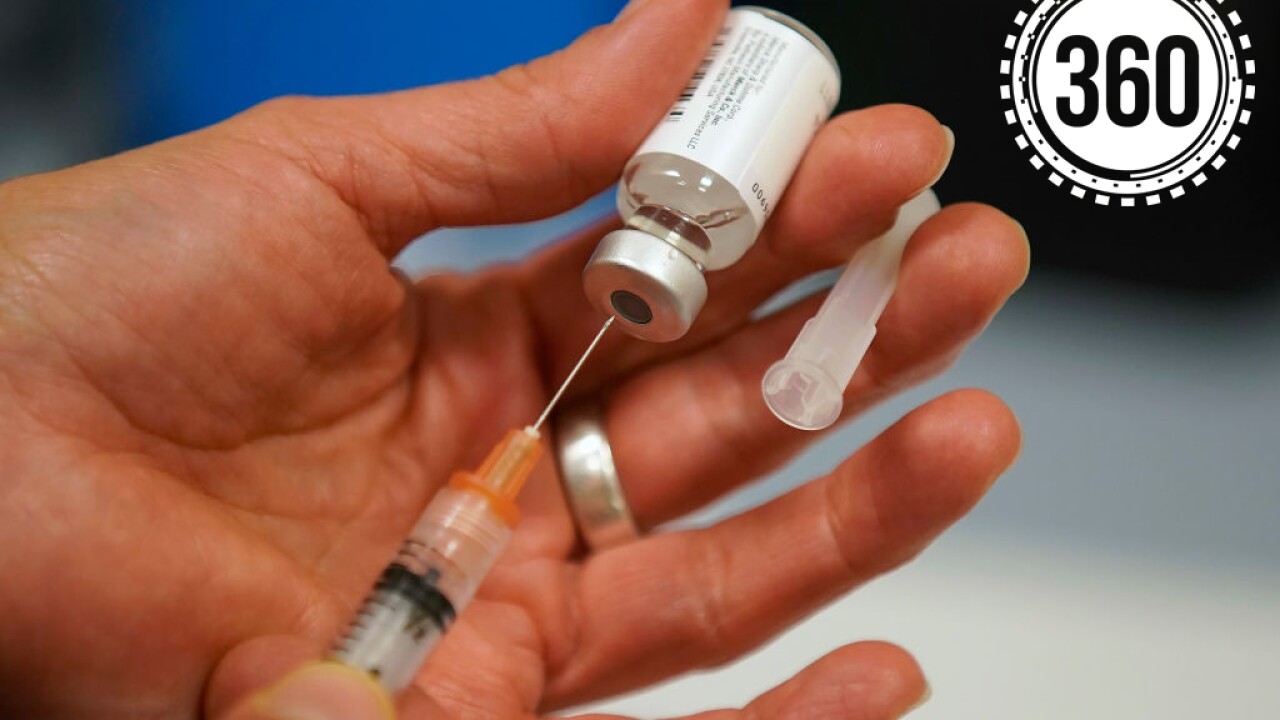 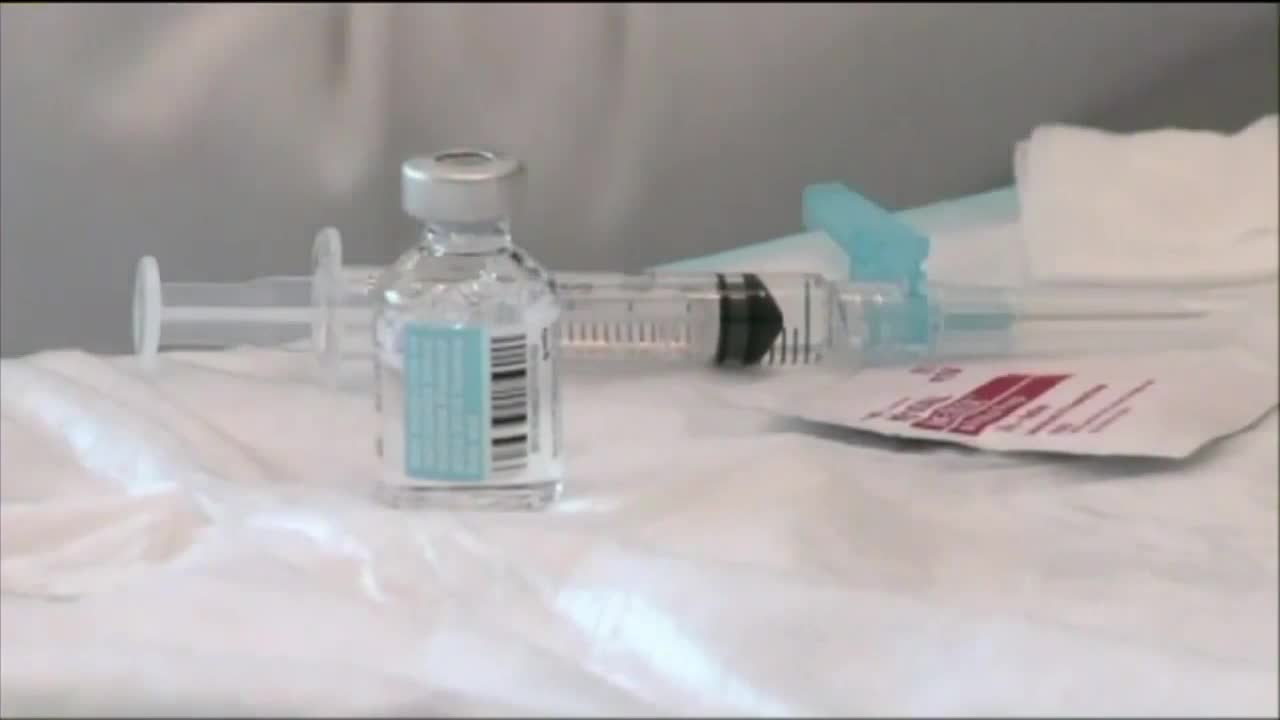 Across the country, states are beginning to reopen to try to create a new normal as the number of COVID-19 patients level off.

States are ramping up their testing capabilities, asking people to continue social distancing measures and increasing hospital capacity in case there is another surge of patients.

Official after official has spoken out saying this will be the new normal until a cure or vaccine to combat the novel coronavirus is created.

However, not everyone likes the idea of inoculation as the answer to the country’s COVID-19 problems. Denver7 went 360 to offer multiple perspectives on a novel coronavirus vaccine.

The hunt for a cure

Inside a medical lab on the Colorado State University Campus, researchers are on the hunt for a COVID-19 vaccine.

Gregg Dean received a $3.5 million grant from the National Institutes of Health (NIH) in December to work on a vaccine that can protect against human rotavirus. When the pandemic started, Dean pivoted his efforts to working on a coronavirus vaccine.

“We’re in an interesting situation because we’ve encountered two other human coronaviruses in the not so distant past, one was SARs and one was MERs,” Dean said.

Dean is someone who is used to disappointment; many vaccines fail before something that works is ultimately discovered.

“Vaccines are very difficult to make, the majority of them fail. As vaccinologists we get used to failure, but we desperately need a vaccine,” he said.

Dean’s team is trying to use a genetically-modified form of the probiotic Lactobacillus acidophilus, to try and create a vaccine. It’s a bacterium commonly ingested in yogurt and other foods for gut health.

Other teams around the world are taking a different approach. Dean believes everyone needs to be working simultaneously and sharing information to expedite the creation of a vaccine.

However, he wouldn’t be surprised if an anti-viral is developed before a vaccine.

During each of the previous outbreaks, researchers began to try to develop an anti-viral therapy. However, when the threat of those diseases ended, much of the funding for that research also went away. The research ended up on the shelves of research labs.

With the new coronavirus, researchers are taking their work back off of those shelves and resuming their progress.

Vaccinologists are doing something similar with their previous work. One of the challenges they face is coming up with a vaccine that can go into large scale manufacturing quickly, which might limit some of their options.

For now, Dean stresses it’s important for the proper testing to be done and for the public to be patient until a vaccine has been created.

“It would be even worse if we were to put a vaccine out there too soon and for it to either not work well or for it to make people sick. That’s the last thing we want to do at this time,” he said.

Rep. Kyle Mullica, D-CO, is on the frontlines of the COVID-19 pandemic. Along with being a state representative, he’s also a nurse in the emergency room of Presbyterian St. Luke’s Medical Center. He believes the novel coronavirus pandemic highlights the importance of vaccines.

At the state capitol, Rep. Mullica has made it his mission to try to increase state vaccine rates. He is a co-sponsor on SB20-163, which would put some additional requirements on families who want to opt their children out of vaccines for school.

The bill is more lenient than a vaccination bill that failed last session. However, it already faced fierce pushback from parents and hours long testimony from bill opponents. Still, Rep. Mullica believes the bill is worth moving forward.

“I think that we need to continue the work that we’re doing on the vaccine bill that we’re working on to make sure that we don’t see outbreaks of diseases that we already have vaccines for,” he said.

But with the state now facing a budget shortfall to the tune of $3 billion and a fiscal note attached to this legislation of around $42,000, the bill might have to wait until next session.

“Obviously, the environment has changed with our budgetary concerns... the amount of money the state will have,” Rep. Mullica said.

Still, Rep. Mullica says he will continue to push for legislation to encourage increased state vaccine rates in the future.

While many are looking forward to the day when a COVID-19 vaccine is created, others are concerned about the prospect. Pam Long is a board member of the Colorado Health Choice Alliance.

She used to be a proponent of vaccines. However, Long says her son suffered from an encephalopathy from an MMR vaccine when he was 15 months old.

“My son is 16 and he functions at a third-grade level and he will live with us for the rest of his life,” Long said.

It's worth noting scientific research has found no significant evidence to suggest there's a link between getting vaccinated and developing encephalopathy.

One of the big concerns Long and others in the Colorado Health Choice Alliance have is with the sheer number of vaccines that are now on the schedule.

It’s not necessarily that the parents in her group are against all vaccines. However, Long says there are several controversial vaccines parents are concerned about and don’t want their child to receive.

“Parents just want that uncoerced decision after a conversation with their doctors about which vaccines are best for their children with their unique health profile,” Long said.

When it comes to the COVID-19 vaccine, there are several concerns Long already has, including the idea of fast-tracking. Operation Warp Speed under the Trump administration has identified more than a dozen potential vaccines to fast-track.

However, Long says the U.S. has a checkered history with fast-tracking vaccines.

“If you go back to 1976, we had the swine flu vaccine which caused Guillain-Barré syndrome (GBS). That causes permanent paralysis.” Long said. “There are current huge concerns with fast tracking a coronavirus vaccine.”

The CDC has gone on record to say that people who received the 1976 swine flu vaccine had an increased risk for developing GBS, with approximately one additional case of GBS for every 100,000 people who got inoculated. The CDC further goes on to state that scientists have several theories about the cause of the disease from the 1976 vaccine, but the exact reason for this link is unknown at this time.

Beyond that, she does not believe there is enough recourse for people who are hurt by vaccines since the National Vaccine Injury Compensation Program protects drug companies from liability.

Victims can be compensated through the fund, but Long says it’s difficult to prove and many claims are denied.

She’s afraid that a fast-tracked vaccine could lead to more injuries since it hasn’t had to go through all of the normal rigors of a vaccine trial.

She also doesn’t believe that a vaccine should be considered the answer since the COVID-19 strain could change and evade the vaccine altogether and because she doesn’t believe it will offer true herd immunity. Long believes an anti-viral treatment is a much more viable option.

At the end of the day, though, Long says it should be the patient’s choice.

“It should always be the patient’s choice of how they want to treat their illness. It should be a private conversation between the doctor and the patient without any coercion from the state,” Long said.

The COVID-19 pandemic has already had a major effect on Colorado’s health care system. While hospitals have been trying to gather enough ventilators and personal protective equipment (PPE) and creating more bed space to prepare for another surge, local clinics are seeing a decline in business.

Dr. Brian Gablehouse, a pediatrician and the owner of Peak Pediatrics, says he’s seen his patient visits drop by 40 to 50%.

“We’re seeing more cancellations because people are afraid to come out of their house or they’re not sure what essential services are,” he said.

The drop has resulted in fewer children getting their vaccinations on schedule. Dr. Gablehouse worries the declining vaccination rates could cause a resurgence of treatable diseases like measles.

“These illnesses cause very severe illness in lots of cases and it will put a strain on ICU resources that are already going to be strained,” Dr. Gablehouse said. “I don’t think we need a measles outbreak on top of a COVID-19 pandemic.”

Beyond that, some of these diseases display similar symptoms to the novel coronavirus, meaning it could take doctors longer to diagnose what a person who comes to the hospital is sick with and apply the right treatment.

“I just feel like we’re potentially on a tipping point,” he said.

Around the world, researchers are working quickly to try to create a COVID-19 vaccine.

In the meantime, states and counties are doing what they can to keep people safe, hoping their safety measures will be enough to stave off the surge of a COVID-19 pandemic long enough for an anti-viral treatment or vaccine can be created.