Talking to your kids about racism, inclusion and diversity 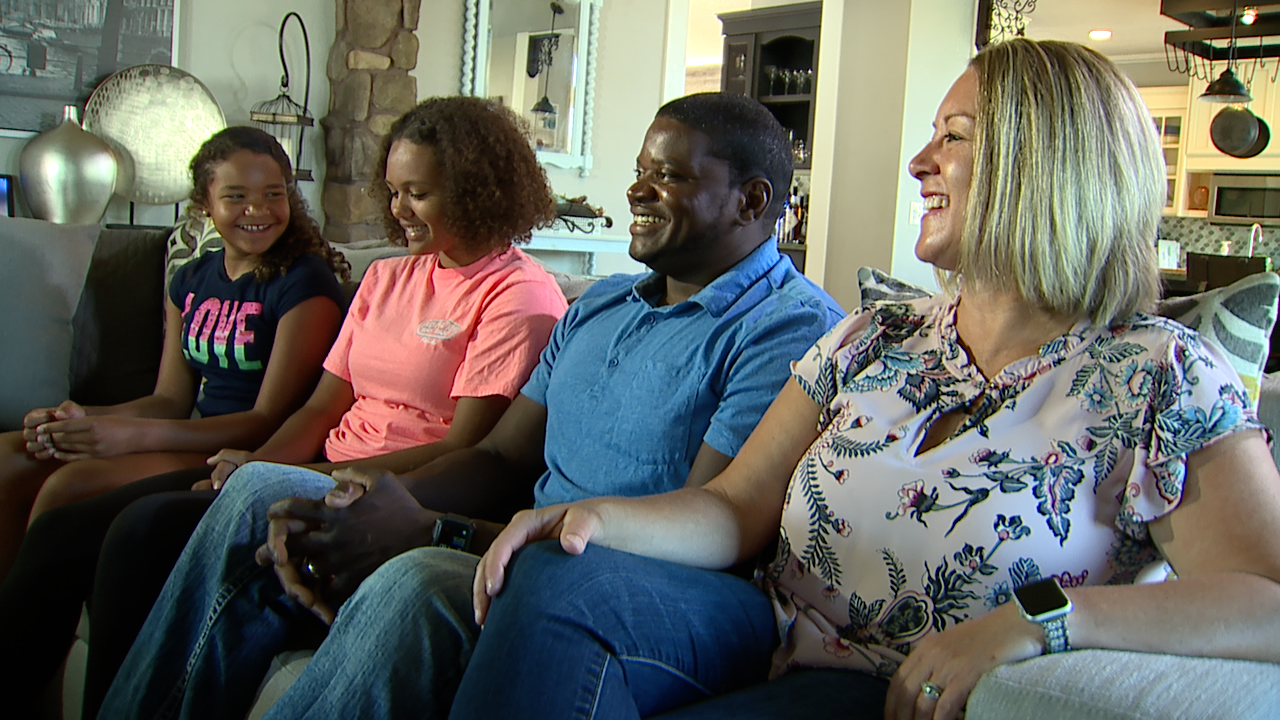 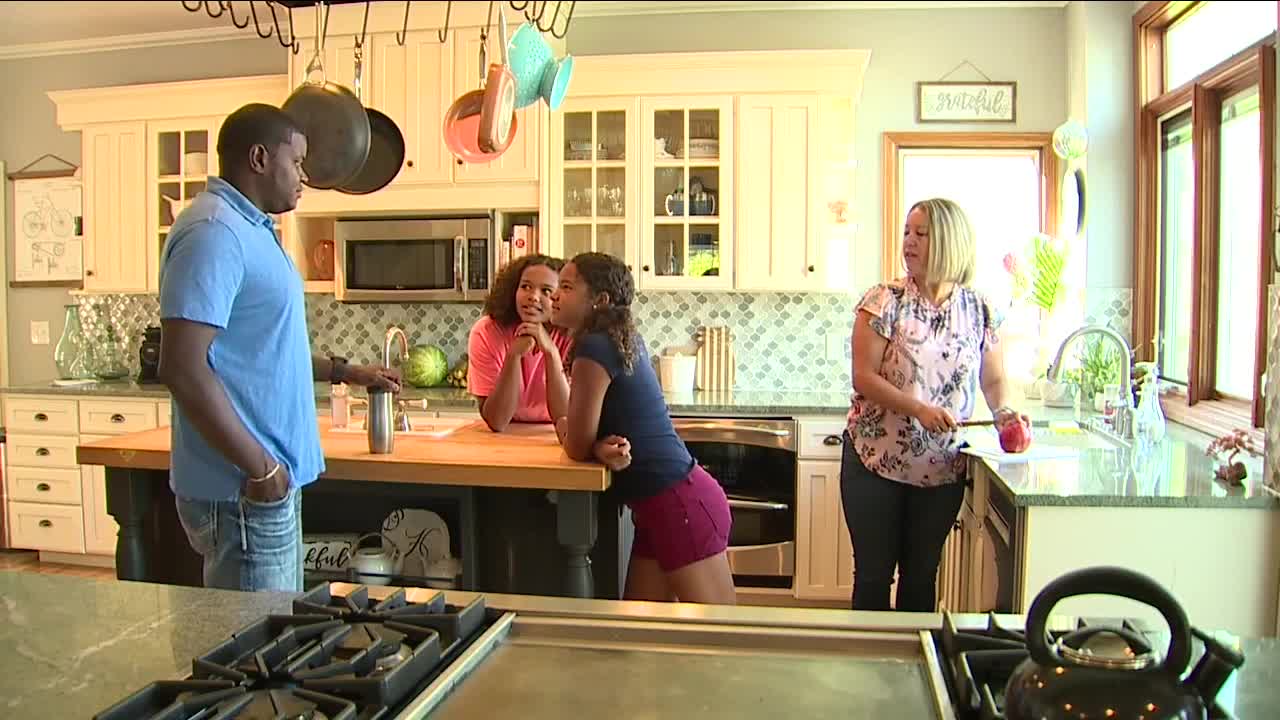 DENVER -- The recent protests, unrest and anger sparked by police brutality against African Americans has families of all walks-of-life thinking about how they talk to their kids about race.

The conversation can be difficult - especially when parents themselves, admittedly, don’t fully understand the complexities or feel comfortable discussing racism and discrimination.

But experts agree, while there’s no one-size-fits-all approach to tackling the tough subject, it’s time for each family to have the conversation.

In the home of Jerome and Sara Hilliard, the conversation around the kitchen table is what you might expect with two young daughters.

“We have a basketball tournament this weekend for both of them,” Sara said. “Sometimes Kiana is having seven practices a week.”

But these days, there’s also a heavier topic.

“She has experienced some stuff in school,” Sara said of racist comments and behavior the kids have encountered at school.

Like many mixed-race families and families of color, the Hilliard’s are not immune from lingering, vile and often deep-seated racism.

“We walked into a brewery in a small town, not our small town,” Sara said. “Two men were up at the counter and one of them said something about, ‘Oh, it must be fried chicken night,’ or something. I didn’t hear it, but Jerome and Sabella’s friend heard it. The kids were just confused.”

“That’s the reason why this movement is happening,” Jerome said. “You have to change your mind and not judge people by the color of their skin, but by their character.”

“We don’t like to talk about our ugly, ugly history,” said Dr. Rosemarie Allen, associate professor and racial equity educator at Metropolitan State University of Denver.

Yet, Allen says, that’s exactly what we should be doing.

“I was never a slave,” she said. “But the impact of slavery is in my DNA.”

“My race dictates where I get to live, what schools I go to, my level of education, what diseases I’ll get,” Allen said. “That’s racism. It’s in us. The country hasn’t changed its view of us.”

“When are we going to talk about the inequities there?” Allen said. “How poorer children remain poor because they go to the least resourced schools.”

And she says it goes beyond that to include daily activities.

She recently bought a new vacuum at Best Buy, the cashier e-mailed her a receipt, but she told him she couldn’t leave the building without a paper receipt.

“When you go shopping, do not ever leave the store without a receipt or a bag,” Allen said. “That’s how we live.”

She says the family conversation must start with honesty about ourselves.

“I don’t see color. I just see people. I’m color blind. That’s the biggest fallacy in the world,” Allen said. Instead, Allen says recognize and acknowledge differences because children understand more than we give them credit for.

“Children notice race in infancy studies show,” Allen said. “I was at the supermarket, a kid rounded the corner and said, ‘Hey – you’re black!’ I said, ‘I am. And you’re white with blue eyes. My eyes are brown.’”

She also suggests not shushing kids if they make a comment about skin color.

“Notice differences. Honor them. Children at this age – they notice everything,” she said.

Chris Nelson grew up in south central L.A., and despite the upper-middle-class neighborhood he lives in today – he knows hardship.

“When people see me – they say – ‘Oh, this guy doesn’t have any perspective.’ Oh – I have a lot of perspective. I vividly remember the Rodney King beating and subsequent riots and looting. I vividly remember my father spray painting ‘black-owned’ on his business, only to watch it burn down. I watched that city burn and no changes being made,” Nelson said.

He, like so many others, believes this time is different.

“This is a moment I’ve never seen before,” Nelson said. “If you don’t have those conversations right after all that stuff happens, then you really don’t move the needle. If you work at a bank and you say that you give loans to minorities, but privately – you really don’t – make a change. See something, say something.”

Nelson believes all of us need to talk to people that don’t look like us.

“You’re going to have to talk to people that don’t live in the same neighborhood as you,” he said. Chris and his wife are raising two children in Northfield (formerly Stapleton), a neighborhood recently at the center of the race debate.

“To be completely honest with you, I don’t want to change the name,” Nelson said. “Because what ends up happening is that – you scrub a part of history that we should learn from.”

He says changing neighborhood names and pulling down statues is a slippery slope of real pain mixed with phony activism.

“That’s why I don’t want to take the name Stapleton down,” Nelson said. “It represents something that we should learn about. We want to learn and grow. It’s like an onion. You have to peel back those layers and actually get to the root of the problem.”

“The news cycles move so fast in this country,” Nelson said. “If we don’t take advantage of this moment right now, we might lose it and we might never get it back.”

What’s different this time might just be the sequence of coronavirus, the subsequent lockdown and then the death of George Floyd.

“The impact of COVID allowed people not to get distracted,” Allen said. “For many people they’re home alone. They see this injustice and then they have to grapple with it. You can’t run out to the movie theater.”

Experts and families agree - seizing the moment could finally address generations of pain and inequities in the black community.

“Social pressure is going to make those folks come around,” Nelson said.

“Everybody has to understand that this stuff really happens,” Sara Hilliard said.

“I can’t be comfortable sitting here in my bubble knowing that injustices are happening to other human beings,” Allen said. “Then - you advocate and then you become an anti-racist.”