Betting became legal in May at height of shutdowns 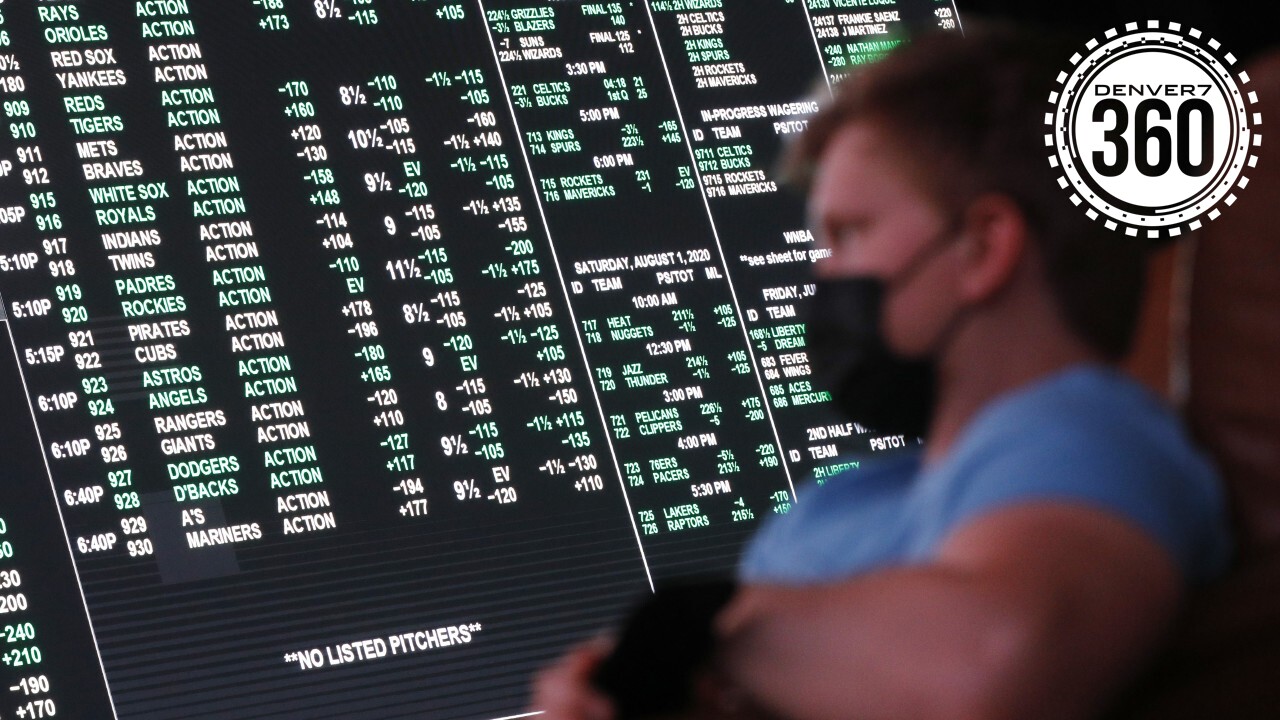 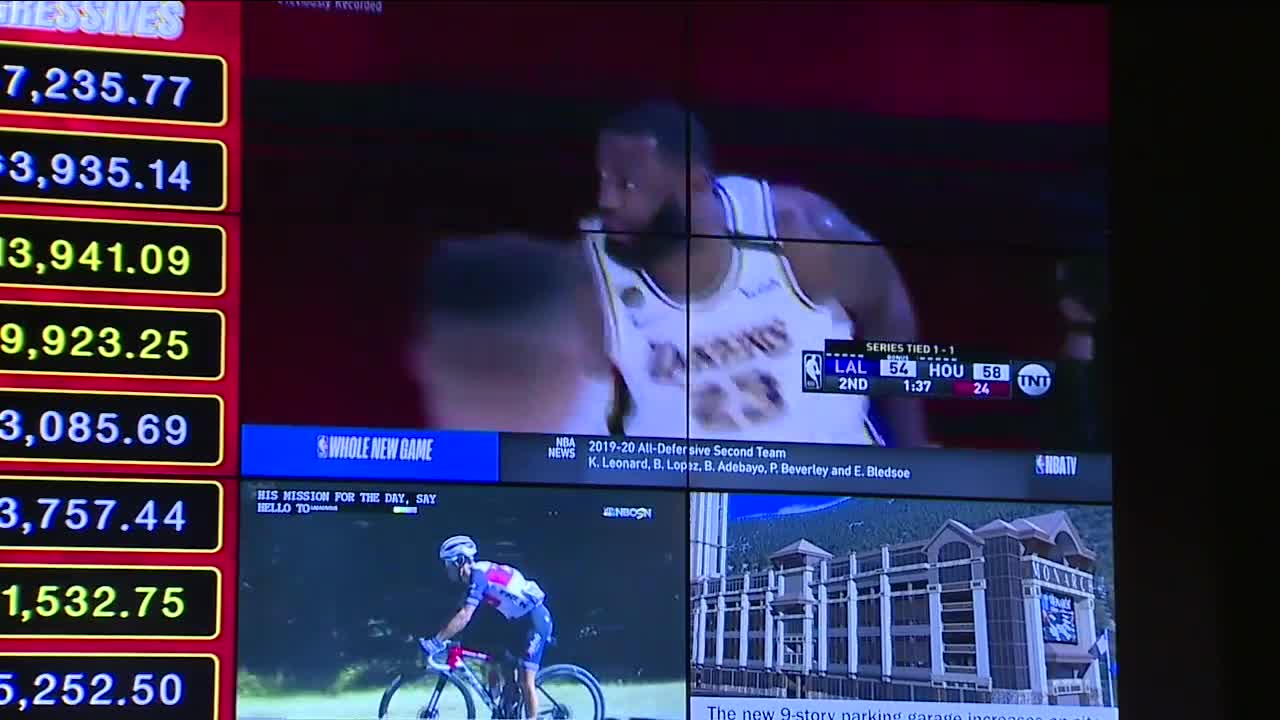 DENVER -- As the Nuggets enjoy post season success and the Broncos kick off their season, the newly legalized world of sports betting is giving Colorado fans a little more skin in the game.

“It definitely interests me and is something I’d look into,” said one CU Boulder student who did not want to be identified for this story.

“I appreciate it, because I think most of America has been betting illegally for quite some time,” said a business owner in Denver’s RiNo Arts District, who also wanted to remain anonymous.

Sports betting has already been a game-changer for Colorado’s mountain casinos.

Now, it’s becoming even more mainstream as CU Boulder just struck a marketing deal with PointsBet, an app that allows you to place bets from your phone.

So, let’s pull the lever on this 360 as we hear from both CU and PointsBet. We’ll also talk to the vice president of economic development for the Denver Metro Chamber of Commerce, explore the mental health risks of gambling addiction, chat with those who play and we start at Monarch Casino Resort and Spa in Blackhawk, where they’re already building a new multi-million dollar sports book.

“It’s been such an exciting time,” said Nicholas Epstein, sports book manager at Monarch. “Ever since legislation passed two years ago to where states could do what they wanted – it has been a race to capture market share, to capture marketing.”

Monarch is doubling down on the craze, just as major sports start to reemerge after the coronavirus-related shutdowns.

“We had Nascar and golf and now we have ramped up into all the major sports,” Epstein said.

For the players, the game is nothing new.

“I know my friends and I have been part of this ring since I was 18 years old,” said one gambler, who also wanted to remain anonymous for this story.

“I’ve been sports betting for quite some time, not legally obviously,” said a CU student, who did not want to give out their name for this story.

But now, the idea of doing it legally certainly brings betting on the big game out of the shadows.

“Everyone knew that people bet on sports,” Epstein said. “It was no big secret.”

And the exploding popularity of betting on sports goes beyond casinos.

“We definitely want to be the hometown sports book,” said Johnny Aitken, CEO of PointsBet USA.

Apps like PointsBet are sweetening the pot by giving gamblers the ability to bet from the comfort of their living room.

“You go straight to the app store,” Aitken said. “You can sign up on your couch and you can place bets pre-game or in-play.”

“And we’ll have up to 250 staff based here in Denver,” Aitken said.

It’s also launching three experiential sites at Pepsi Center in a deal with Kroenke Sports Entertainment, including a sports book lounge area near with west entrance at Pepsi Center that will be open 365 days a year.

Sam Bailey, vice president of economic development for the Metro Denver Chamber of Commerce, sees the investment in the Mile High City as immediately impactful.

“Especially during a time of COVID,” Bailey said.

A jackpot of sorts, ensuring hundreds of jobs.

“PointsBet is projected to add about 200 jobs with an average salary of $90,000 a year with room to grow,” Bailey said. “They identify Denver as a strong tech hub for their continued growth to scale jobs locally.”

“We wanted to be in the very - sort of - middle of the city where you have Mile High stadium, Pepsi Center and Coors Field - and be in the middle of sports,” Aitken said.

PointsBet feels like it has such a good hand, it just struck a deal with CU Boulder for exclusive marketing rights at both the games and during broadcasts.

“It’ll be similar to what you’d see with a Coors in our stadium or Pepsi,” said CU athletic director Rick George.

“They’re leaders in the space when it comes to technology,” he said. “But, they’re also about responsible gaming.”

The deal also adds a revenue source when the chips are down.

“We have no ticketing income, no concessions income,” George said. “We’ve got to find revenue streams that fit our values and our brand. It’s here. It became legal. We need to embrace it.”

The students are certainly embracing the change.

“I think that it will definitely be helping the school,” said a CU freshman, who also wanted to remain anonymous for this story.

“I think you’ll see a lot more universities do it in the future,” said a CU junior, who did not want to be identified for this piece.

“Doing a deal with CU was to access the brightest minds in technology,” Aitken said.

But, there are pitfalls and cautionary tales from recovering gambling addicts like Peggy Brown.

“You can’t imagine the impact that it causes on families and the kids,” Brown said of her addiction. “It’s horrible. It’s horrible.”

She’s now counseling others whose luck ran out.

“At PointsBet we take it all very, very seriously,” he said.

For the state of Colorado, the money has started to roll in and leaders are working to balance responsible gaming with a potential windfall of new revenues.

“The revenues generated from sports betting fund Colorado’s water plan,” Bailey said. “And we are a finite resource state. That is a high priority for us.”

“It used to be taboo,” Epstein said. “And now, it’s a great time to be a sports better in Colorado. Offshore books that have been popular for the past 20 years are hurting badly.”