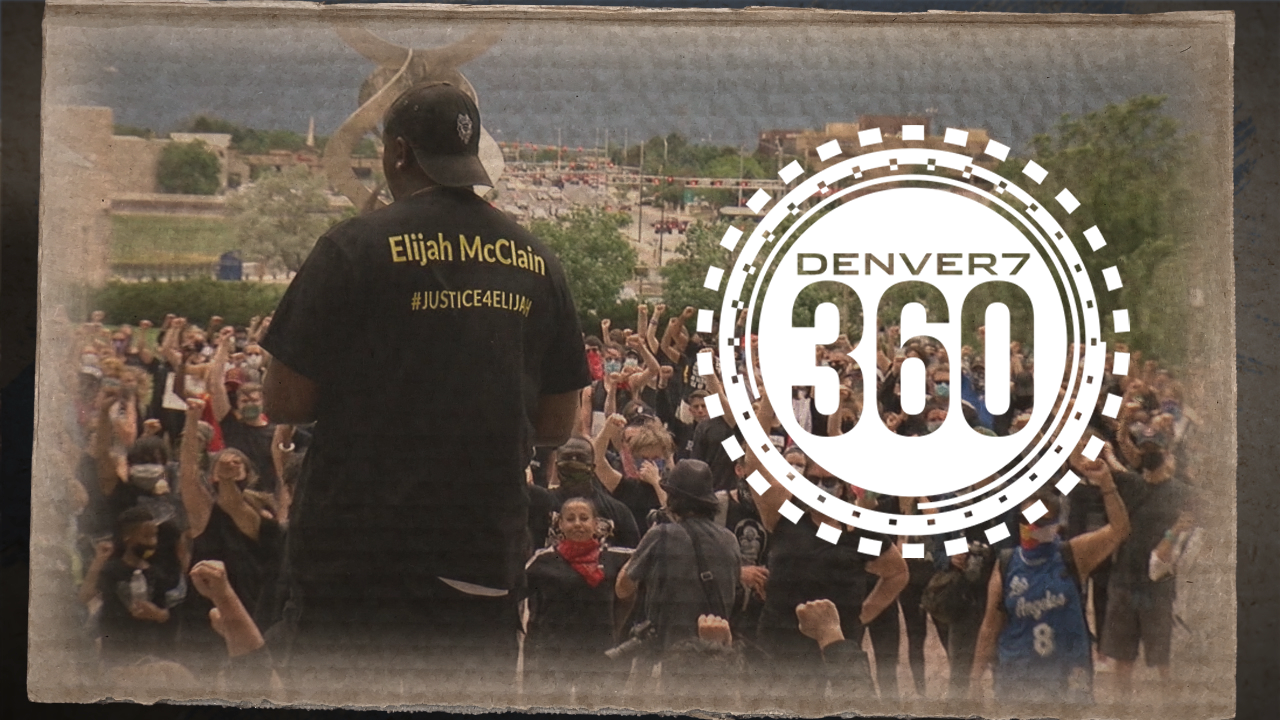 Denver School Board Director Tay Anderson participates in a protest for Elijah McClain in Aurora. 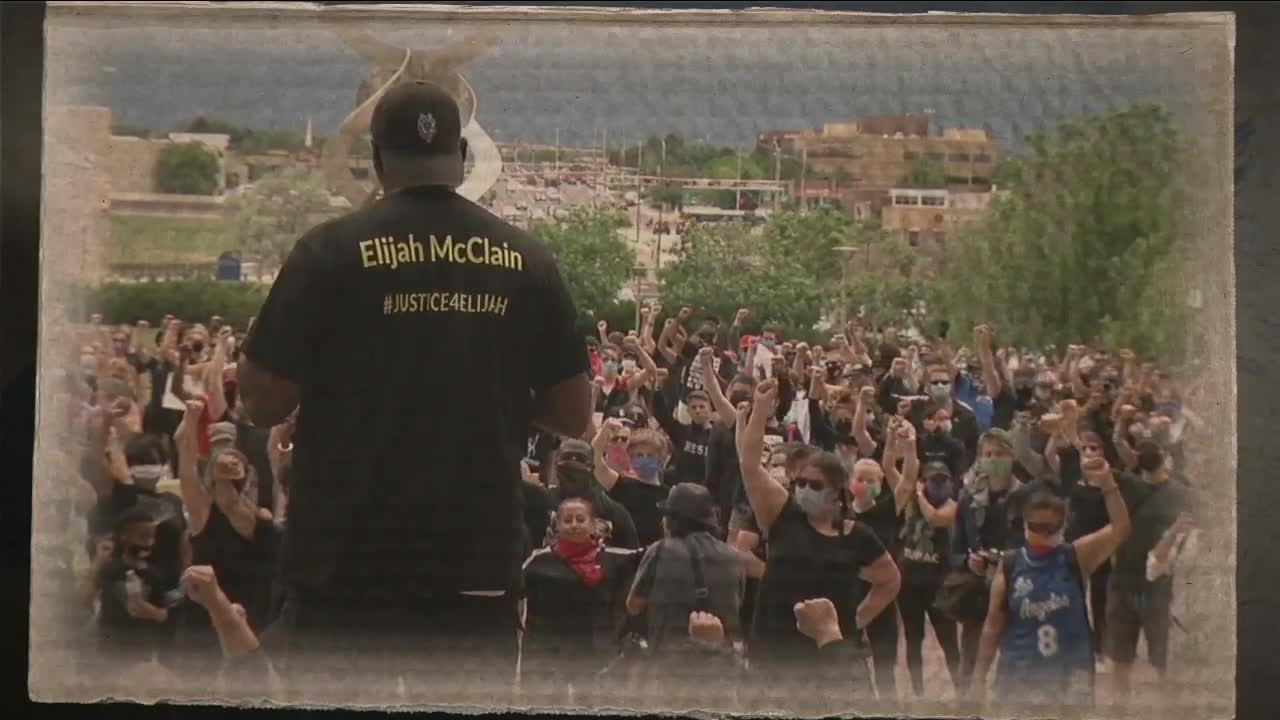 DENVER -- Thousands of people took to the streets this summer to protest police brutality and racial injustice, and as those rallies continue across the state, more and more elected leaders are actively participating in protests.

Elected leaders say they won their seats because voters were looking for an activist. Others argue their presence adds fuel to the fire.

Denver School Board Director Tay Anderson has become one of the most well-known elected leaders to regularly attend protests. He's led Black Lives Matter rallies and other protests across the state.

“We want to see police officers being held accountable,” he said while marching in the streets of Denver earlier this summer.

“Folks are used to the established old guard and we’re done with that,” said Anderson. “I come out because I want you to understand I’m here with you.”

Anderson said voters knew he was an activist when they elected him.

“With the election that I won, individuals knew who they were voting for. It wasn’t a secret,” he said.

Neither is the fact that some have criticized him for his work on social media, arguing he’s too focused on protesting and not focused enough on the school board.

“I pride myself in I’ve never missed a school board meeting. I’ve never had to tell folks, 'No, I’m not coming to this meeting, I’m protesting,” he said. “I'm an unpaid volunteer on the Denver school board. And so, my position is unique. I don't have a check that I get and it's not like I am wasting taxpayer dollars or funds.”

Marc Sears, the president of Aurora’s police union, said the presence of elected officials at protests only escalates the situation.

“I think they know that they’re stretching the boundaries,” he said. “I think it sends a negative message to their constituents, even those that have voted for them to be in office, and now you’re actually breaking the law.”

Sears is talking about Aurora City Councilwoman Alison Coombs. She was captured on police body camera video at a protest for Elijah McClain in June at city hall.

In the footage, Coombs is seen ignoring police officers’ orders to move back and disperse for several minutes.

At one point, she says, “What are these people doing wrong? Can you clarify?” To which the officer responds, “Move back.”

“It’s ironic to me that, OK, cops break the law, we go to jail. How come elected officials are breaking the law, but they’re not going to jail?” said Sears.

Coombs brushed aside the criticism from Sears.

“I think that if they believe they have grounds to charge me with a crime, they should,” she said.

Aurora councilwoman says she was elected as an activist

Coombs said voters elected her knowing she was an activist, which she said is part of a growing movement in local politics.

“We’re electing people who rose up into leadership as a result of already being activists and we’re not just going to leave that behind because we got elected. It would be disingenuous to who we are for us to do so,” Coombs said.

The councilwoman said that by disobeying the officer’s orders to move back, she was taking a stand against an unjust law.

“And if that’s the consequence of standing up for people who are saying, ‘Stop killing us; get your knee off our necks,’ then I will take that consequence,” Coombs said.

She also hopes her activism sends a message to other local politicians.

“I hope that we are creating a culture where political cowardice is not accepted,” Coombs said.

“Really, I think the era of inaction on the part of elected officials is over,” said Aurora Councilman Juan Marcano.

Marcano was also an activist before getting into politics. He’s gone to protests but said he’s simply there to listen.

“I really feel it’s my responsibility to go and bear witness to what’s actually happening,” he said.

As for the protests in Aurora back in June, where things got ugly and protesters smashed windows and started fires, Marcano said he is not supportive of property destruction.

Denver councilwoman says she’s standing up for her constituents

Denver City Councilwoman Candi CdeBaca was seen on officer body camera video clashing with police back in August as officers tried to clear a homeless camp. It led to an ethics compliant being filed against her that was later dismissed.

The councilwoman also took criticism for a video she posted on her personal Facebook page after things calmed down. In the video, you can hear CdeBaca encourage people to sue police.

“Look, anybody who was hurt needs to sue. The liability went up after the state law changed, everybody needs to start suing,” she is heard saying on the video.

CdeBaca defended her actions, claiming she was there to stand up for her constituents.

“When they reach out to me, I show up, which is what I thought the job is supposed to be and our mayor and everybody else in our city signed up to do as well,” she said back in August.

CdeBaca did not respond to Denver7’s request for comment for this report.

Denver Mayor Michael Hancock had strong words for the councilwoman when he responded to the video back in August.

“I don’t think in my entire time I’ve been in government I’ve seen anything that disturbed me more,” Hancock said. “I could not believe that a public official was doing what is happening on that video.”

Political scientist views it as an outsider strategy

Laurel Eckhouse is an assistant professor and political scientist at the University of Denver.

She said historically, protesting is seen as an outsider strategy, which means those who protest typically don’t have access to political power in the way an elected leader does.

“It might seem a little bit strange to have insiders, right, elected officials joining these outsider strategies,” she said.

But it’s the number of elected leaders actively participating in protests that seems to be growing as more find these rallies are a great way to hear the concerns of the people they represent.

“Politicians are coming to believe that the protesters are important constituents for them, they’re not niche,” Eckhouse said.