How is Colorado preparing for the return of high school sports and athletics? 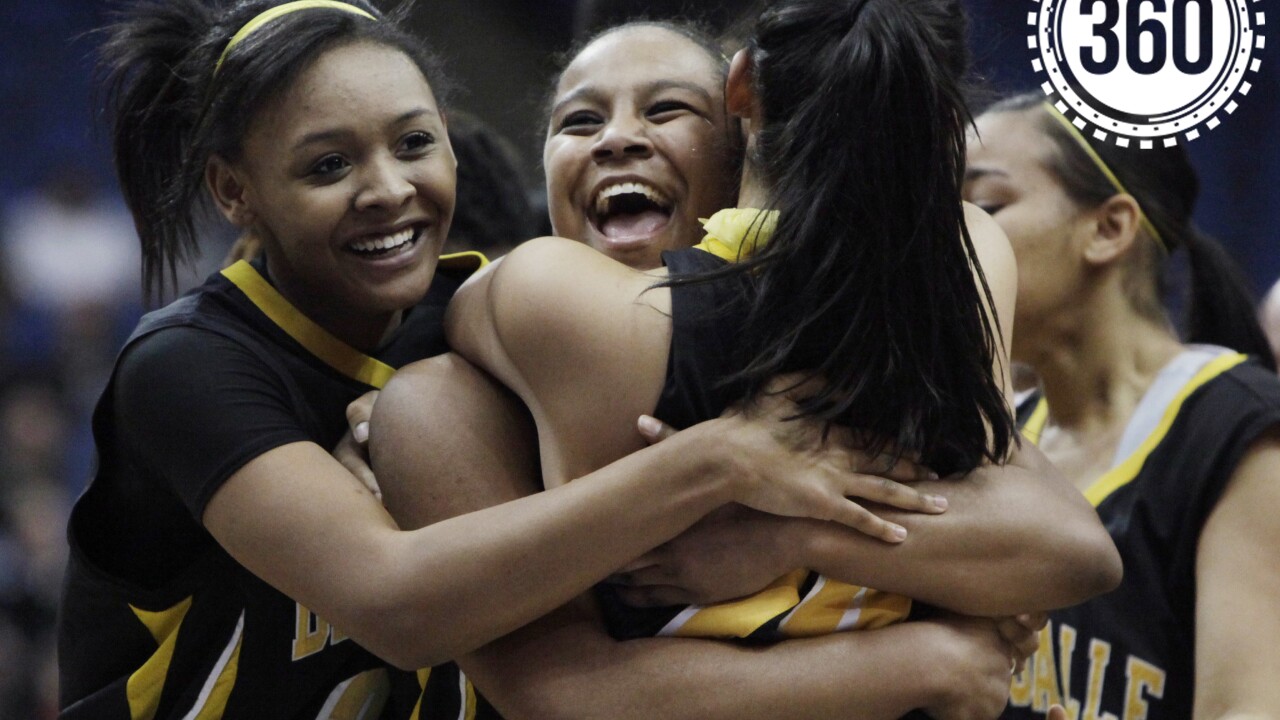 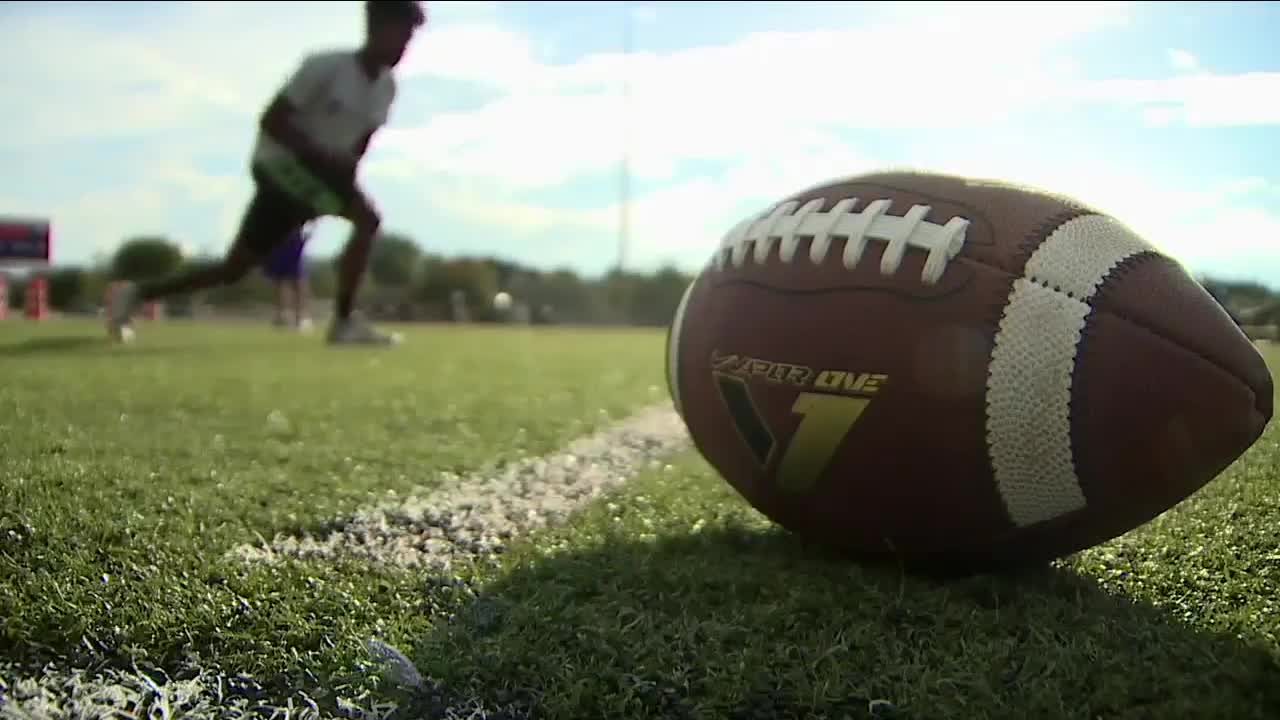 DENVER -- We continue our safely back to school series with what fall sports and activities might look like for student athletes, coaches and parents.

The Colorado High School Activities Association (CHSAA) still hasn't come out with a clear message. Will there be contact sports? Are non-contact sports a go? Do we postpone them all?

Whatever the decision, high school athletes are back on the playing field in Colorado.

Workouts for football players at Broomfield High School, for example, are helping kids stay in shape for whatever is next.

“We all recognize – there’s not going to be a vaccine by the fall. So, the reality is, can we do this?” said Broomfield athletic director Steve Shelton. “Can we participate and at the same time keep kids safe?”

“It’s not as easy as say, ‘Let the kids play.’ There has to be a way that athletics doesn’t undo everything that our schools have been asked to do on a day-to-day basis to ensure that they’re safe environments for learning,” said Rhonda Blanford-Green, commissioner of CHSAA.

Blanford-Green says CHSAA has submitted its proposal to the governor and state health officials for getting kids back into athletics and activities.

“We just keep revising our request and our ask,” she said. “And you know what? We’re patient. If it takes a little time for state officials, I’m good with that.”

What that proposal entails isn’t public, and Blanford-Green isn’t sharing just yet.

“How confident are you athletics and activities will resume this fall?” asked Denver7’s Russell Haythorn.

“Can I rephrase your question? How confident am I that athletics and activities will resume in the 2020-21 school year? Absolutely. I feel like we can make that happen,” Blanford-Green said.

“I would say we’re cautiously optimistic,” Shelton said. “We’re coming down to crunch time. The first day of tryouts for high school golf is August 3.”

Shelton says while they’re grateful to be out here conditioning, schools will need additional guidance sooner rather than later.

“Just tell us what the expectations are and we’ll make it work,” Shelton said. “Let’s take what they give us and follow the rules and make the best of it and take advantage of the opportunity together.”

Shelton says the vast majority of student athletes, parents and coaches, at least in his school, are ready to return.

“Most of them are saying, ‘We’re okay taking the risk. We understand that there’s a chance that someone’s going to get sick. It’s going to happen at some point, but we value this activity enough that we’re willing to take that risk,’” Shelton said.

Colin Hart is a defensive coordinator and linebackers coach for Broomfield and says right now, it’s all about following the rules.

“We split it up 25 and 25,” Hart said. “We’ll have 25 kids out here on the field and 25 kids inside in the weight room, social distancing. So far, so good. I like to remain optimistic about it.”

“Until they tell us – get off the field, you can’t be there – we’re going to be out there,” Buxton said.

He’s concerned the rules could be different district to district; he says consistent messaging from CHSAA will level the playing field.

“It needs to be universal,” Buxton said. “Rules that are inconsistent will only put us significantly more at risk."

Harrison High School baseball coach Max Cupp has adopted the philosophy that safety and health is the priority and his players can and will adjust.

Adam Kelsey is a dad, an assistant principal and an athletic director at Denver South High School.

“I feel like we’ve worked all summer – talking about scenarios, and safety, and accommodations and restrictions,” Kelsey said.

“Quarterbacks and receivers can run and throw routes,” Kelsey said.

Kelsey has told his coaches it’s their discretion how to train this off-season. It’s a message he can’t overstate after the South High girls’ basketball coach spent two months in the hospital fighting COVID-19.

“In terms of just within our own school, that was a pretty serious caution flag for us,” Kelsey said.

But Kelsey says in order to move forward - they need a decision from the state.

“We’ve all been fairly patient,” he said. “But now we’re coming up on the scheduled start of fall sports. And parents and student athletes are pretty anxious about it.”

Other states have already made these decisions.

Florida, for example, is starting fall athletics on-time. Texas is delaying everything by two weeks. And California has said no sports will return until December, of course they have the luxury of nicer weather that time of year.

Safety will be paramount – no question about it. But what that will look like is still very much in question.

“If you are at risk, if you are a person in that category, then you have to protect yourself,” Shelton said. “And high school athletics may not be for you right now.”

“Our mission speaks to us,” Blanford-Green said. “Providing safe opportunities and safe environments. And we’re not going to veer from our mission.”

There’s also a question about some sports returning that allow for better social distancing like golf, baseball, tennis and cross country while others might be delayed.

“We can always do cross-country,” Shelton said. “My cross-country team runs every day and they social distance and they wear masks when they’re together.”