'Give them a fighting chance': Colorado restaurants could reopen as early as next week 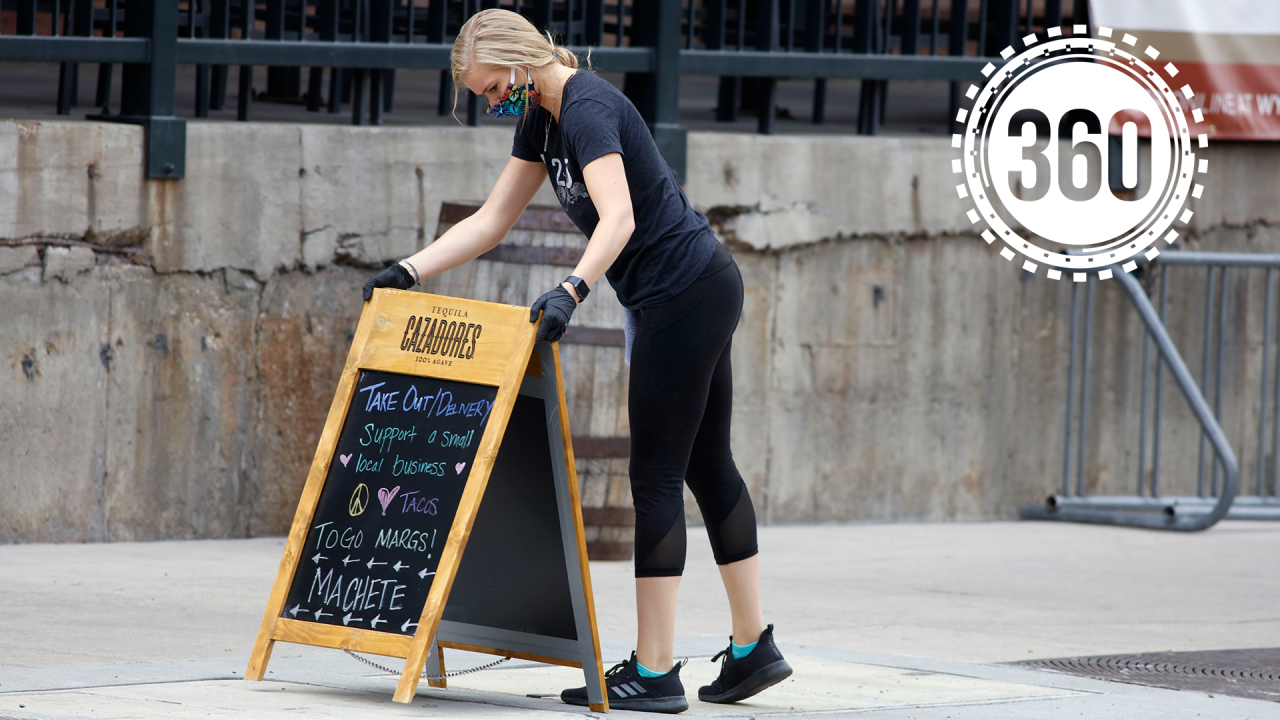 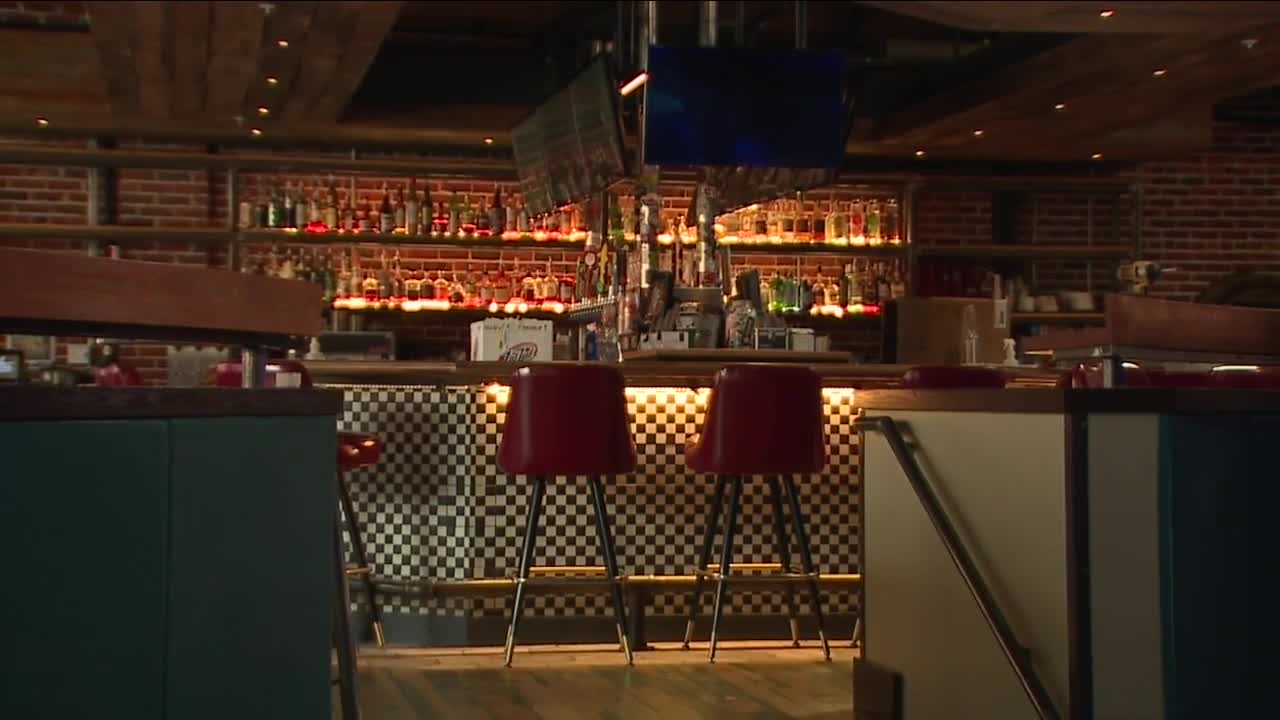 DENVER -- The pandemic has been a long saga for Colorado restaurants and bars. After months of uncertainty, the state of Colorado this week released new draft guidance on how the industry should reopen and is seeking feedback from restaurateurs.

When C&C Coffee & Kitchen in Castle Rock reopened prematurely a couple weeks ago - it drew a packed house before being shut down the next day and having its license pulled.

“I’m just here to show my support and let them know this community is behind them,” said one diner.

The reopening also set off a firestorm of criticism, in particular, from other restaurant owners.

“They’re just messing up everybody else’s opportunity to get through this and open up more quickly,” said Lon Symensma, chef and owner of ChoLon Asian fusion restaurants in downtown Denver and Stapleton.

“I was horrified,” said Linda Hampsten Fox, chef and owner of The Bindery in Denver’s LoHi neighborhood. “What are they doing?”

“That’s not how we’re going to open up,” said Mark Shaker, founder of the Stanley Marketplace in Aurora.

Few industries have taken a bigger hit during the pandemic than restaurants and bars.

“COVID-19 is not great for our business model,” Shaker said.

While many are offering take out and even alcohol to go, those sales aren’t even close to ideal, they say.

So, let’s serve up a full look at Colorado restaurants reopening, starting with a burger joint that’s been here since 1945 - The Cherry Cricket.

“Just kind of taking it one day at a time,” said Samantha Taxin, general manager of the Cricket's ballpark location near Coors Field, where they had to furlough more than 95% of their staff.

Taxin says when they do reopen, she’s pushing the city to allow for expanded Euro-style outdoor seating.

“We’re trying to see if Blake Street could close in order for us to put tables out,” Taxin said. “I mean, we’ll move tables out to be able to do it. We have to think creatively to make this work.”

The City of Denver has now created a website where restaurants can submit their proposals for temporary expansions to outdoor dining.

At The Bindery in Lower Highlands, they structurally redesigned the glass doors during the shutdown to allow for al fresco dining.

“It does feel very Euro, very indoor/outdoor, and I’m actually excited about that,” said Hampsten Fox.

For example, your water glass will be replaced with a new glass each time, no refills. Condiments will likely be single-serve and there will be no traditional table menus.

“We’ll have a large chalk-board style menu in the restaurant and we’ll probably rely on people’s phones so they can see the menu,” Hampsten Fox said.

“This is like opening up a brand new restaurant,” Shaker said.

A grant program has allowed them to produce 1,000 meals a day for nonprofits throughout Aurora. And while they’re proud of that effort, they are chomping at the bit to get back to business.

“We’re being as innovative and safe as possible,” Shaker said.

They’re spending thousands of dollars to put up about 30 tents on the 6 acres of land outside their building – some of which are the size of football fields.

It’s yet another outdoor effort to get as many diners in as possible while honoring social distancing guidelines.

Sonia Riggs with the Colorado Restaurant Association says it’s a simple matter of fact that reduced capacity can and will be a death sentence for some restaurants.

“If restaurants are able to open at 25% capacity, 46% that we surveyed say it doesn’t make financial sense to open at all,” Riggs said. “Within a month, 23% of them anticipate closing for good.”

According to a restaurant impact study conducted May 6-12, if Colorado restaurants open at just 50% capacity, 20% say they won’t hire back any laid-off workers.

Riggs says 75% capacity seems to be the magic number, but it will require lots of innovation, including relaxed codes for outdoor dining.

“At many restaurants and bars there’s additional space on the sidewalk they could open up into,” Riggs said. “Could they open up potentially in a parking lot? We’re even hearing about potential street closures. As we’re approaching the summer months and warmer weather – we know this is a real viable option.”

Restaurants in Winter Park are planning similar options, as is Eagle County , which has already been granted a variance.

The state seems to be in agreement.

The governor will likely announce on Memorial Day when restaurants can reopen.

And new guidelines released this week call for tables outdoors and in to be spaced 8 feet apart, wait staff to wear masks and gloves at all times and parties of no more than six people.

You might also need to sign in when dining out so the restaurant or state could contact you in the event there’s a confirmed COVID-19 case around the time you dined.

And that brings us back to Symensma.

“Our goal right now is to survive this storm,” Symensma said. “To reopen under whatever capacity they allow us to.”

Symensma is the owner and chef of ChoLon, ChoLon Stapleton, La Roux and Cho 77. He just reopened both ChoLon locations for take-out. Symensma says the state should not jump the gun and have buttoned-up guidance – or the consequences of another outbreak could be even more devastating.

“I’d rather be closed an extra two weeks than have to close around the holiday season,” Symensma said. “From about Halloween to New Year’s we are doing a majority of our business. November and December – we’re doing 30% of our sales in those two months.”

He’s also rethinking his shared meals Asian concept menu while not completely abandoning what makes his restaurants so popular.

“We do a lot of sharing,” Symensma said. “It’s meant to be a shared concept. We encourage people to communally eat dishes together and talk about it and I think that will continue.”

He points out that guests will only be dining with friends and family they are comfortable being around at the time.

“If you and your wife were going out to eat with me and my girlfriend – we’re safe enough around each other that we trust and believe that we’re not going to get sick.”

But he does have a vision for decreasing the amount of manipulation you have to do to share that dish.

“We could potentially put another 40-50 seats outside at our Stapleton location,” he said. “It’s in a plaza.”

"Give them a fighting chance"

While there is no one-size-fits-all blueprint to restaurant recovery, most agree that surviving will be based on carefully calculated decisions.

“To give restaurants a fighting chance to stay open,” Riggs said.

“It’s time to just start getting people back to work,” Symensma said.

“We’ll still be your neighborhood ‘go to,’” Taxin said. “But just a little more spread out.”

“We’re kind of reinventing the wheel,” said Hampsten Fox. “Redefining how we operate.”

“The only way it’s going to work is if everybody links arms, from lenders to landlords to tenants,” Shaker said. “Then, we can get through this.”