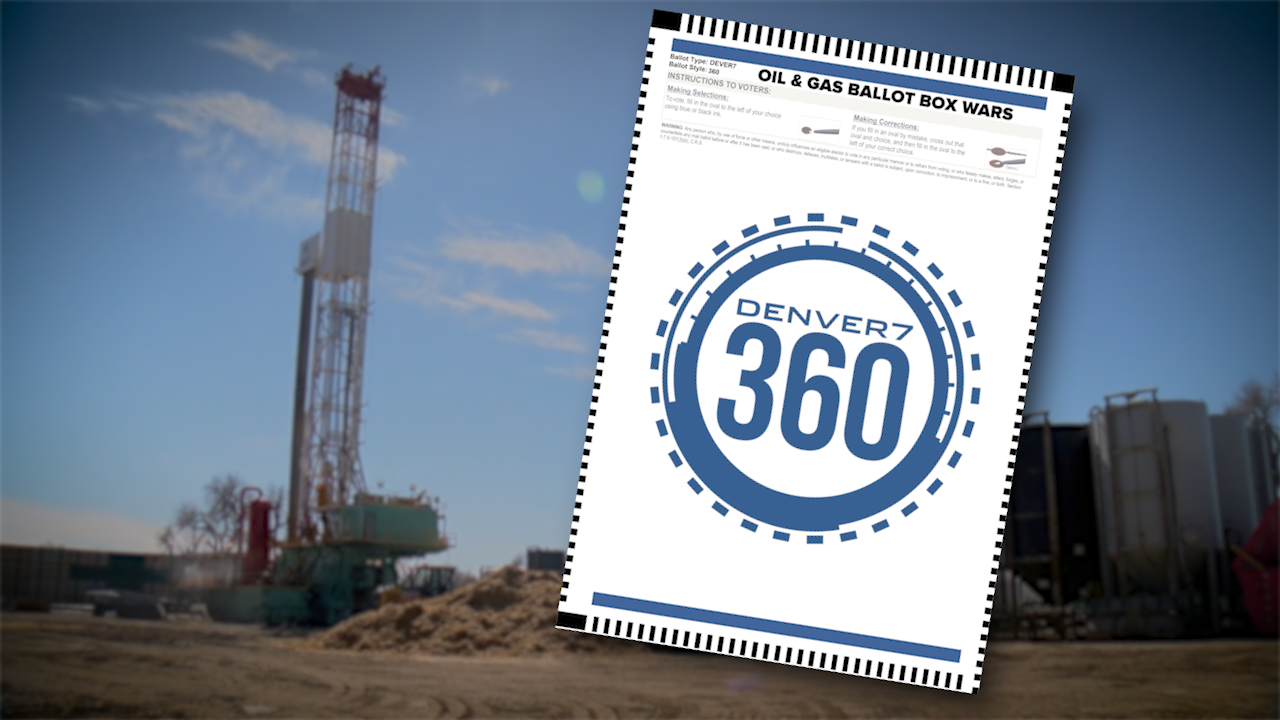 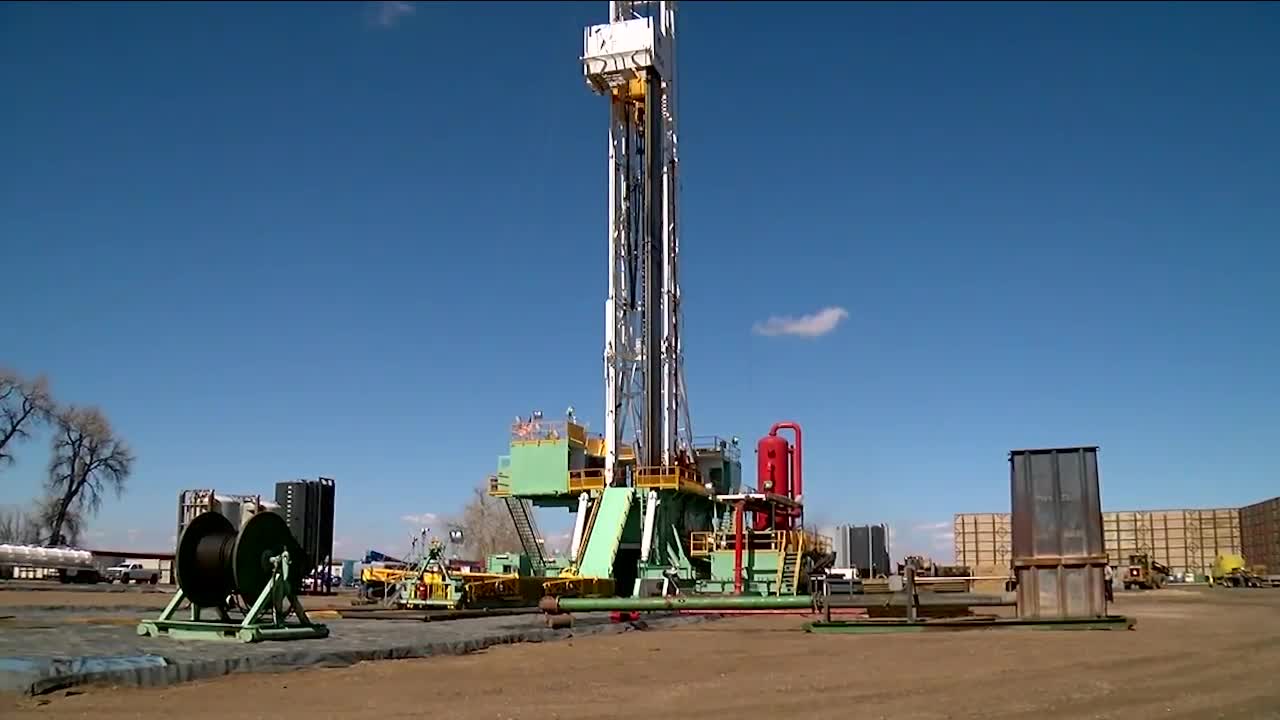 DENVER -- Colorado’s oil and gas ballot box wars are over. Or at least that’s what Gov. Jared Polis said when he wrote a recent opinion piece for Colorado Politics, but not everyone is buying the deal the governor is selling.

Last month in the piece, Polis announced a historic deal between the industry and mainstream environmental groups, who agreed to hit pause on their ballot box fights. He said he had talked with state lawmakers about holding off on further efforts to regulate the industry.

The agreement, if kept by both sides, should mean Colorado voters wouldn’t have to vote on any drilling-related matters this November or in the next election.

As the headline of the article says, the idea is to give “Colorado’s Pivotal New Oil and Gas Law a Chance to Work.”

The law, known as SB-181, was signed into law last year and completely changed how the oil and gas industry is regulated. It gave communities more control over where companies can drill and forced state regulators at the Colorado Oil and Gas Conservation Commission (COGCC) to put health and safety first.

The legislation also required the COGCC to go through rulemaking hearings to address setbacks around how far new wells can be from homes and schools, among several others related to protecting health, safety and the environment.

“The Governor indicated he would oppose ballot initiatives related to oil and gas extraction in 2020 and would work with conservation groups and industry to prevent ballot measures in 2022 from both sides,” Conor Cahill, a spokesman for Polis, said in a statement. “Our goal is to fully and effectively implement SB19-181 as envisioned by the sponsors and the administration to protect public health, worker and community safety, and provide a consistent regulatory framework for the state.”

Protect Colorado calls it a win

Protect Colorado, a political group funded by oil and gas, has spent millions of dollars fighting previous anti-drilling ballot initiatives. As a part of the deal, the group said it agreed to pull measures it had plans to run this election.

“It’s a very expensive battle that neither side has to enter into,” said Laurie Cipriano, a spokeswoman for Protect Colorado. “We’re hoping that this is a really good sign of unity.”

Cipriano said the group believes it had collected more than enough signatures for both measures to go to voters this fall.

“We were trying to avoid having a natural gas ban in Colorado,” she said.

The other initiative would have required fiscal impact statements for future ballot measures.

In addition to agreeing to drop the two ballot measures, Cipriano said Polis gave the industry an assurance it had never gotten from him before.

“This is the first time that he recognized, in print, the importance of the oil and natural gas industry to Colorado,” she said.

Head of Colorado Rising says Governor is going beyond his authority

Former Democratic state lawmaker Joe Salazar now heads Colorado Rising, the environmental group that was behind Proposition 112 in 2018. The measure would have forced wells farther away from homes and schools by increasing the setback limits for new drill sites.

While Colorado voters ended up rejecting the increased setback initiative, Salazar said the group had plans to run a similar measure this November until the pandemic hit.

“The main reasons why we walked away from the 2,500-feet ballot initiative was because of COVID,” he said.

Salazar said the governor left his organization out of the latest deal, and he’s making no promises about the 2022 election.

“This is a Democrat, in the state of Colorado, where we honor the right to petition our government to bring ballot initiatives,” Salazar said. “He is really overstepping his bounds as governor.”

Conservation Colorado says their fights moves to the COGCC

Conservation Colorado, the largest environmental group in the state, said it was a part of the deal.

“We think it was really important for the state,” Executive Director Kelly Nordini said. “It really was a question of getting the industry to remove their overreaching and dangerous measures.”

Nordini said they will not pause their efforts. Their fight for health and safety moves to the COGCC, the agency charged with overseeing drilling in Colorado, where there are still several rulemaking hearings taking place related to the new law.

“Put this conversation where it belongs, which is with the regulator commission that has the time, energy, and expertise,” she said.

Haley was not a part of the deal with the governor, but said it sends a message of stability in a time of uncertainty for the industry.

“I think anything that sends a positive message to the marketplace … that there's some stability, and certainty in Colorado when it comes to oil and gas, that's a great thing,” he said.

Another environmental group says it has no plans to honor deal

Anne Lee Foster was involved with Prop 112 in 2018 and helped start a new environmental group called Safe and Healthy Colorado.

She said their group tried to collect signatures for its own increased oil and gas setback measure this election until those efforts were also derailed due to the pandemic.

Foster said Safe and Healthy Colorado also had no input and was not involved in the deal with Polis.

“We were not involved in any kind of agreements, negotiations, discussions about a truce going forward,” she said. “We still are looking at 2022 ballot initiatives. The threat is still present in our communities.”

Haley, with COGA, said he remains hopeful groups will honor the deal. But he said his organization will be prepared to fight against any ballot measures it feels threaten the industry.

“You always have concerns there, and I think that industry fully reserves the right to defend itself,” Haley said.

Foster recently wrote guest commentary in the Denver Post about it, where she called the governor’s recent op-ed problematic and said groups wanted to set the record straight.

“The oil and gas wars are not over,” she said.