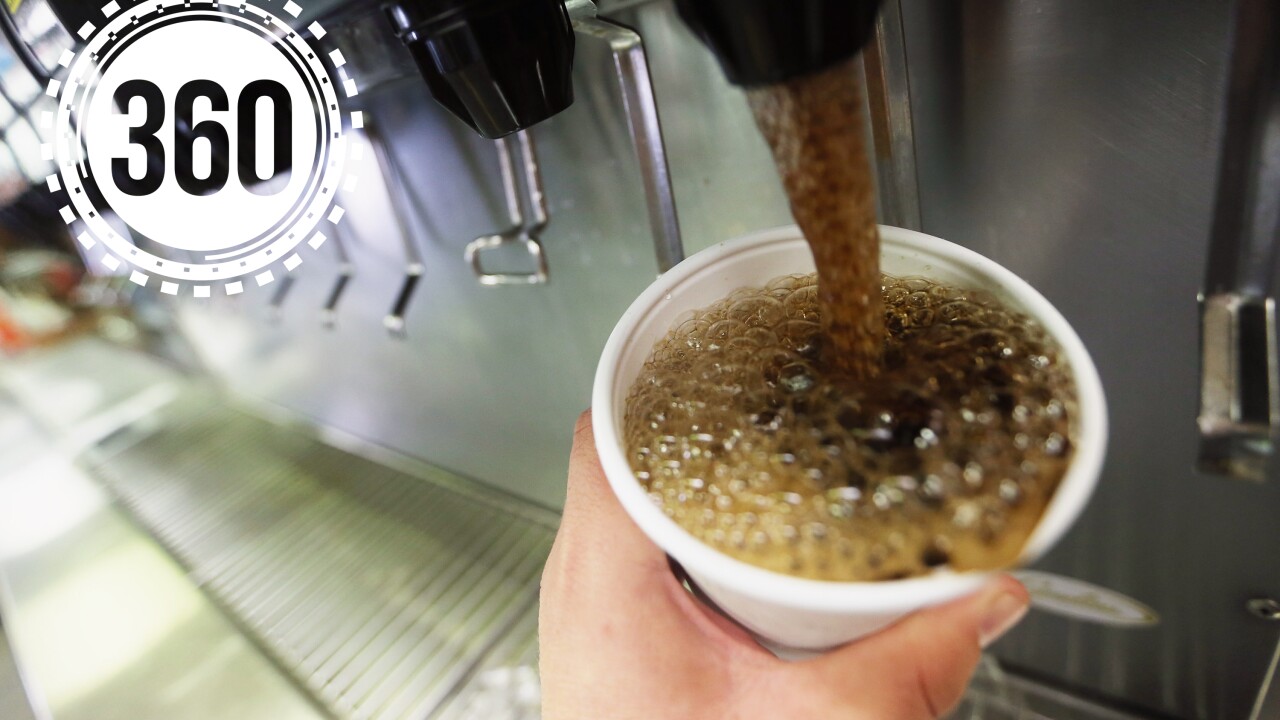 2012 Getty Images
Mario Tama/Getty Images
NEW YORK, NY - SEPTEMBER 13: A 32-ounce soda is filled at a Manhattan McDonalds on September 13, 2012 in New York City. In an effort to combat obesity, the New York City Board of Health voted to ban the sale of large sugary drinks. The controversial measure bars the sale of sugar drinks larger than 16 ounces at restaurants and concessions. (Photo Illustration by Mario Tama/Getty Images) 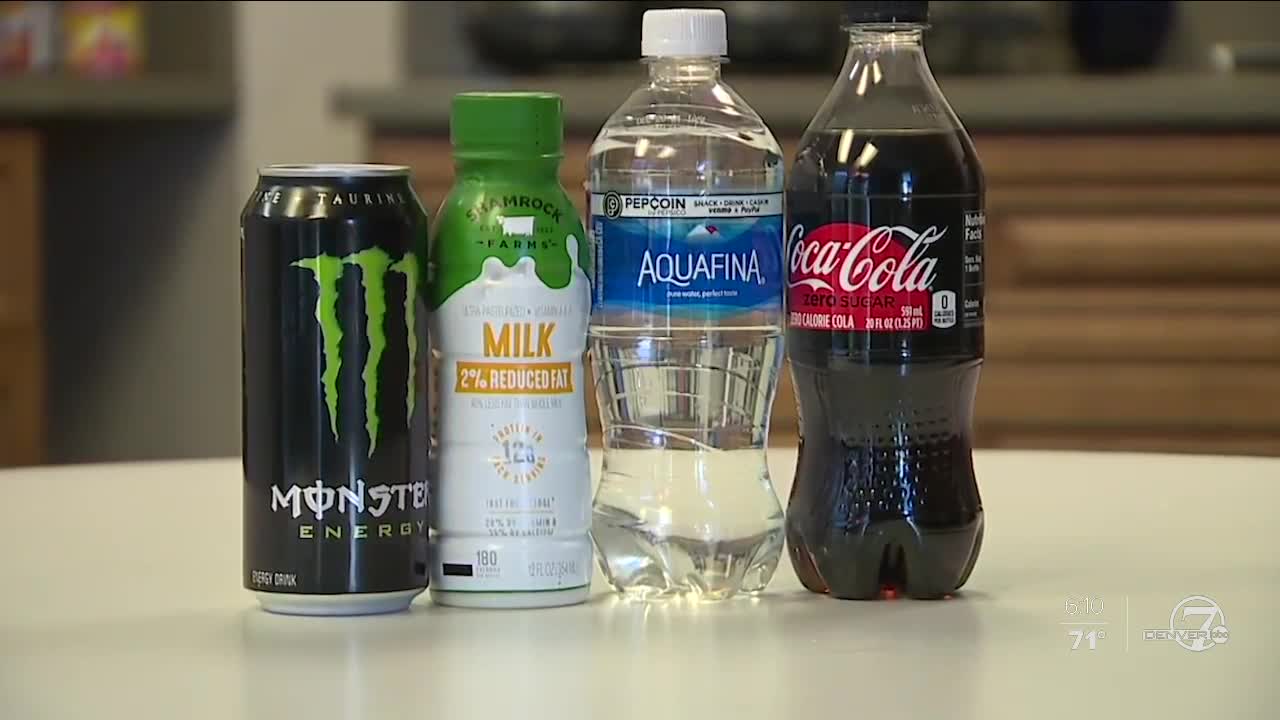 AURORA, Colo. -- When restaurants and bars open back up in Aurora, you could find healthier options for kids on the menu.

The Aurora City Council is considering an ordinance that would ban sugary drinks on kids’ menus. The item has already passed a first reading.

You've probably seen demonstrations before on how much sugar is really in that bottle of Coke.

"Kids gravitate toward that," said Heidi Baskfield, VP of population health and advocacy at Children’s Hospital Colorado. “When we order a meal at a restaurant, to say – ‘You’re getting milk or water, and that’s your choice because that’s what’s offered,’ is much easier than getting into the trenches with my children about why they’re not getting a sugary sweetened beverage that isn’t good for them.”

The Harvard School of Public Health says roughly 1 in 3 kids in the U.S. is overweight or obese, and the average teen consumes 300 calories a day in sugary drinks.

Many cities and schools across the country have explored ways to reverse that trend, the City of Aurora being one of the latest to do so.

“We want to make sure that healthy options are as easy to access for kids as possible," Baskfield said.

Children’s Hospital supports the ban, but many parents do not – while others say they see both sides.

And then – there are the businesses.

"We have lots of active play solutions,” said Celeste Henderson, owner of Lava Island in Aurora. Lava Island is a kids’ jump, climb and play paradise - where they have both sugary and non-sugary options on the menu.

"When the parents understand and have choices in front of them, they'll make good choices," Henderson said.

She says banning businesses from including sugary options on the menu is nanny-government gone too far.

"I feel like I want to make that decision for them,” said Rachel Melameth. “As a parent, I want to monitor their overall intake of sugar.”

“We make the decisions for our kids, what drinks we're going to allow them to have," said Jenny Margenau.

These moms say it boils down to who's in control.

"We need to have a relationship with our kids where we can tell them, ‘No,’" Melameth said.

“If you take it off the menu, are you going to take it out of the grocery stores?" Margenau said.

Boulder has a two-cents-per-ounce tax on sugary drinks. And it's not alone. At least nine cities in the U.S. including Berkeley, California; Philadelphia; San Francisco, California; Albany, California; Oakland, California; Cook County, Illinois (Chicago); Portland, Oregon, and Seattle all have a sugar tax, although Boulder’s is the highest.

Baskfield says the ordinance does not take away choice because you can still order what's not on the menu.

“It simply presumes you want water or milk, not sugar with that meal,” Baskfield said. “These kinds of choices demonstrate that over time, kids have more access to healthier drinks that curb their overall sugar intake and have an immediate impact on everything from a decline in the rates of cavities, to obesity and long-term heart disease."

"We see it all the time,” Henderson said. “Parents are choosing what's best for their kids. They're choosing healthy options."

The sugary drinks ordinance is scheduled and on the agenda for final consideration Monday night; however, the sponsor of the item, Councilmember Angela Lawson, has requested that it be postponed to a date when the public can participate in-person, according to a city spokesman. It will be council’s decision as to whether to agree to that postponement or proceed with a vote Monday night.

Editor's note, 8:35 p.m. Monday, April 6: The final consideration for this ordinance has been postponed until August 3 to give Aurora residents the chance to participate before the bill moves through Aurora City Council.