As police are put in the spotlight and calls for accountability strengthen, it's not just our Black community who feel a sense of distrust with law enforcement. Denver7's Ivan Rodriguez goes 360 on the relationship between the Denver Police Department and the Latino community. 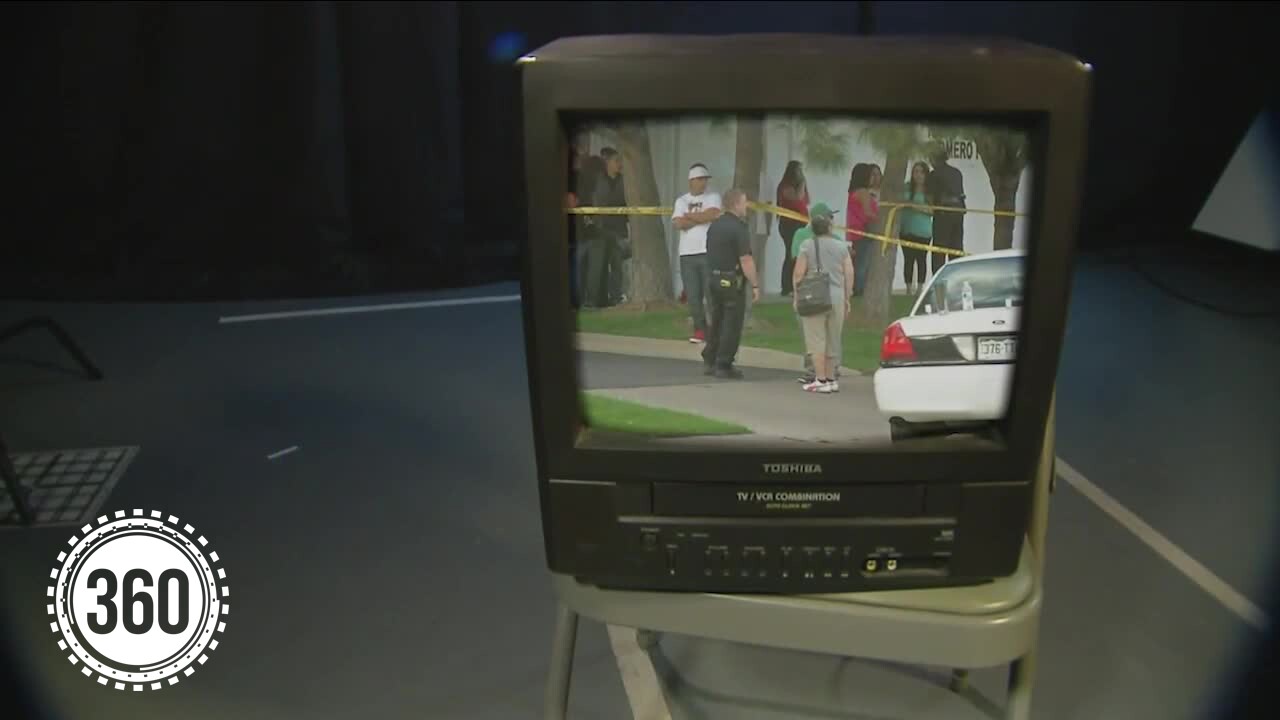 DENVER — An increased spotlight and demand for accountability on police departments is being echoed across the country. In Colorado, the recent police accountability bill is one sign of change as we move into the future. Still, it’s not only the Black community that feels a sense of distrust with law enforcement. Denver7 takes a 360 look at the relationship between the Denver Police Department and the Latino community.

It’s a conversation decades in the making.

For some, the thought of not calling police when police are needed may be hard to grasp. While for others, it’s a common decision based on several factors ingrained over generations.

April Sanchez's son, Ryan Ronquillo, was shot and killed by a Denver police officer on July 2, 2014. Sanchez said she believes his death was unnecessary and irresponsible.

Six years ago, Sanchez saw a police shooting in the news. After receiving calls from family, she worried for her son.

"I just collapsed and tried calling my son’s phone and he wasn’t answering and I drove down there and everything was blocked off," Sanchez said.

Ronquillo had been driving in a stolen car that day and was on his way to a funeral. Police had a warrant for his arrest.

"They followed him around all day and there were plenty of times they could’ve arrested him," Sanchez said. "They saw him pulled over on the side of the road, they saw him go into 7-Eleven and go out with a pop."

Denver police decided to close in on Ronquillo while he was in a parking lot.

Sanchez said he was beaten by officers before being able to surrender.

When Ronquillo tried to flee in the vehicle, officers say they could have been hit and made the decision to fire into the car.

The shooting was later deemed justified.

"His family was left to bury him and we’ll never forget what they did," Sanchez said.

The death of her son at the hands of police only increased her distrust in law enforcement and their relationship with the Latino community, she said.

"They go around and stop young kids and they just harass them and provoke them and just profile them," Sanchez said.

According to the Colorado Latino Leadership Advocacy and Research Organization (CLLARO), it’s distrust that leads many Latinos to avoid calling 9-1-1.

Cortes said trust has to be earned on a case-by-case basis in the neighborhoods where Latinos live.

He said he suggests police take a different approach and customize their enforcement based on the specific services neighborhoods need.

"If the agenda of the police in each neighborhood is set by talking to folks in the neighborhood, I think that could go a long way toward earning the trust of folks who the department would police," Cortes said.

Denver Police Chief Paul Pazen say he knows there’s a lot of work to do.

"We need to redouble our efforts not only with the Latino community, but with all of our community," Pazen said.

Along these lines, he said he is increasing the diversity within the police department itself. The most recent graduating class of officers was 36% Latino.

"We must have a police department that represents the community that we serve and, myself as a Latino that grew up in North Denver to a single parent and graduated from North High School, I still use that as my lens and my perspective on how we can help people of color and ensure that we have a diverse representation within the police department as well as diversity of thought," Pazen said.

Regarding the shooting of Ronquillo, Pazen said his death did result in policy changes.

"Since then, we have enacted a very strong and progressive use of force policy, including prohibiting shooting at moving vehicles," he said.

He also said DPD does not cooperate with ICE and police should not ask members of the public about their citizenship status.

Denver Officer Raul Silvas is on the front lines of that work and engagement in many low-income neighborhoods.

"With everything that’s been happening lately across the country, I think it’s needed because it gives people an idea of what we’re doing — that they can depend on us and have that relationship," Silvas said.

He was born and raised in the same neighborhoods where he’s now giving back.

"Being Latino and helping them out, I think there’s a connection," he said. "I grew up in the southwest. I grew up here being able to relate and have the same commonalities growing up as a lot of the students here, a lot of the folks here. I think that helps."

As Denver police engage in tough conversations about race relations, both hope and hesitancy remain.