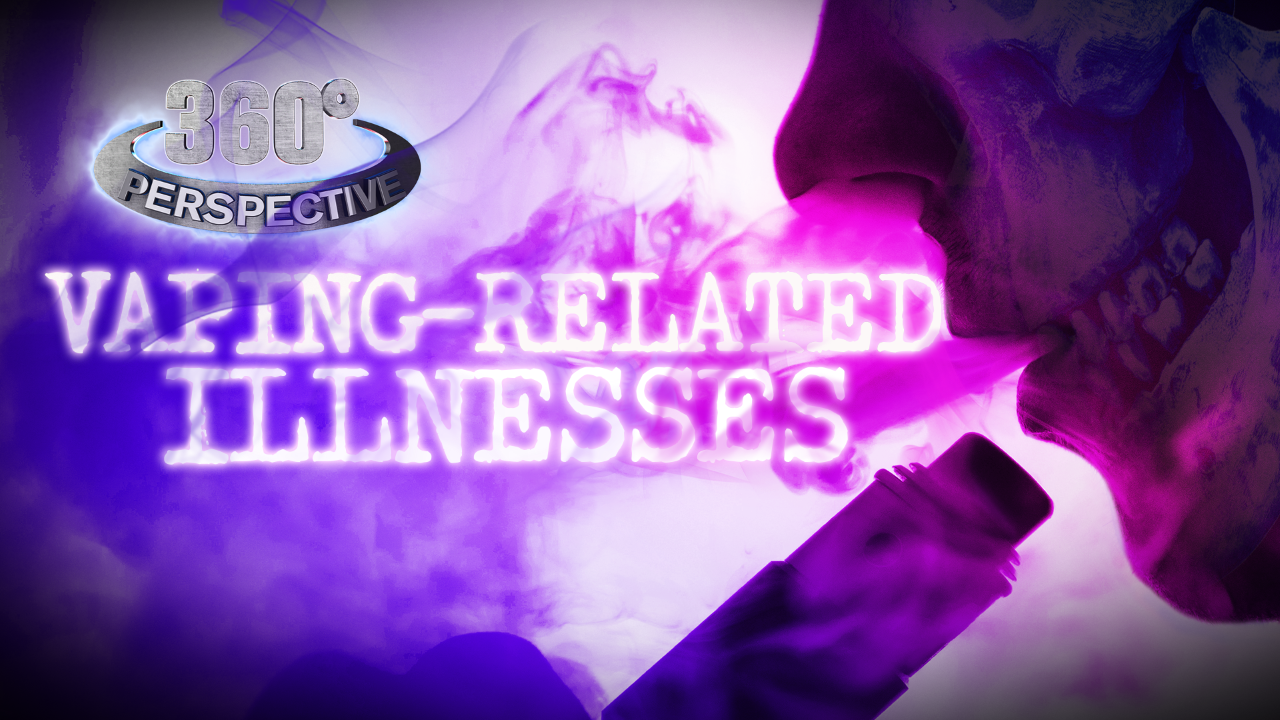 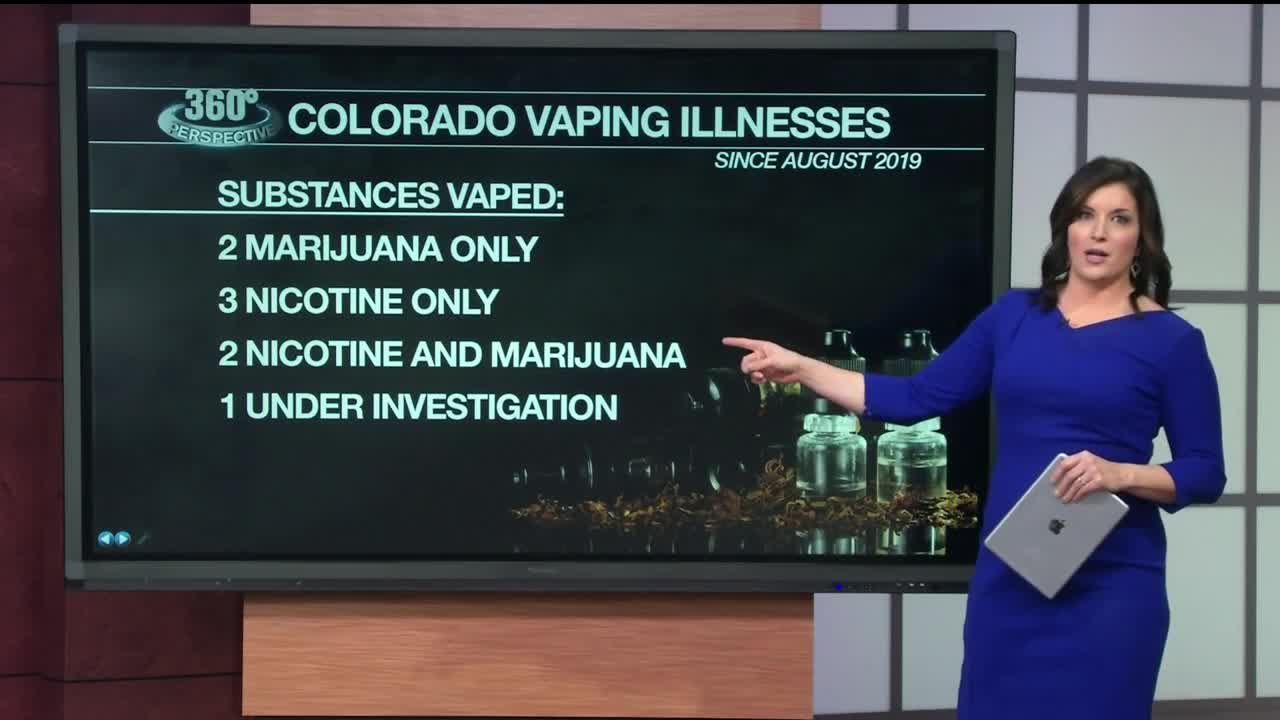 More vaping related deaths are being reported. There have been at least 12 across ten states, and more than 800 illnesses reported in 46 states according to the CDC.

A federal ban on flavored e-cigarettes is looming. Some companies like JUUL are stopping all of their advertising. Cities and states are looking to ban those under the age of 21-years-old from buying e-cigarettes.

We wanted to take a closer look at what we know about the illnesses in this 360° Perspective.

As of Tuesday, the CDC reports nearly 70 percent of the victims are young adults between 18 and 34 years old. 17 percent are over 35 and 16 percent are under 18. The majority of cases involve males.

Health officials still don't know what's causing the sickness but they say most have used THC, but some had THC and nicotine, while others reported using e-cigarettes only with nicotine.

In Colorado, theDepartment of Public Health and Environment continues to post updates on what we know in our state. They're working to investigate and staying in touch with the CDC. There have been 8 cases in our state that are confirmed or probable. In our state like the national trend, 6 males, 2 females. The average age over 25, the median age 18.

Cases are being reported in Boulder, Arapahoe, Denver, Jefferson and Weld counties. Six of the eight people were hospitalized.

Here, it's a mix when it comes to what was vaped by people who fell ill. Two vaped only marijuana, three used only nicotine, two used both, one is not known.

There are a lot of uncertainties here, here's what we know right now:

Here are the symptoms you need to be on the lookout for if you've been vaping: shortness of breath, trouble breathing, chest pain, cough, fatigue, possible fever.

What's your perspective on this? Sound off on our Facebook pages KOAA5 and ElizabethWattsNews.