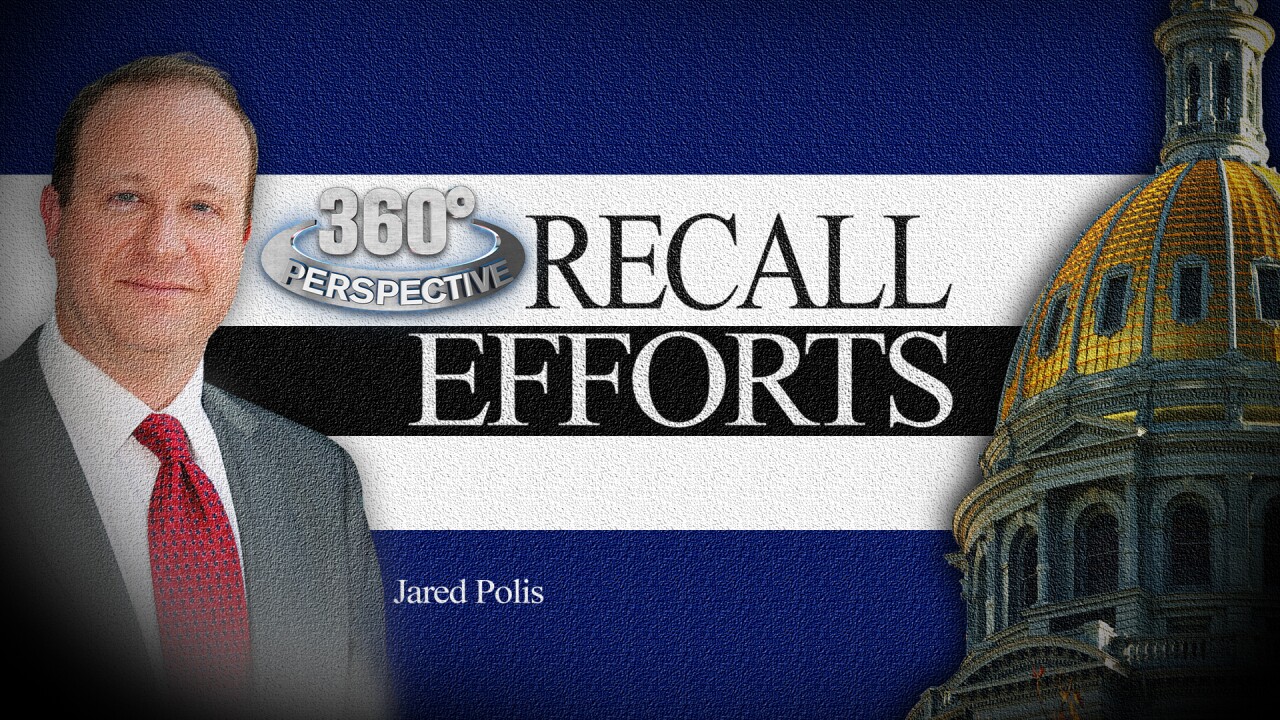 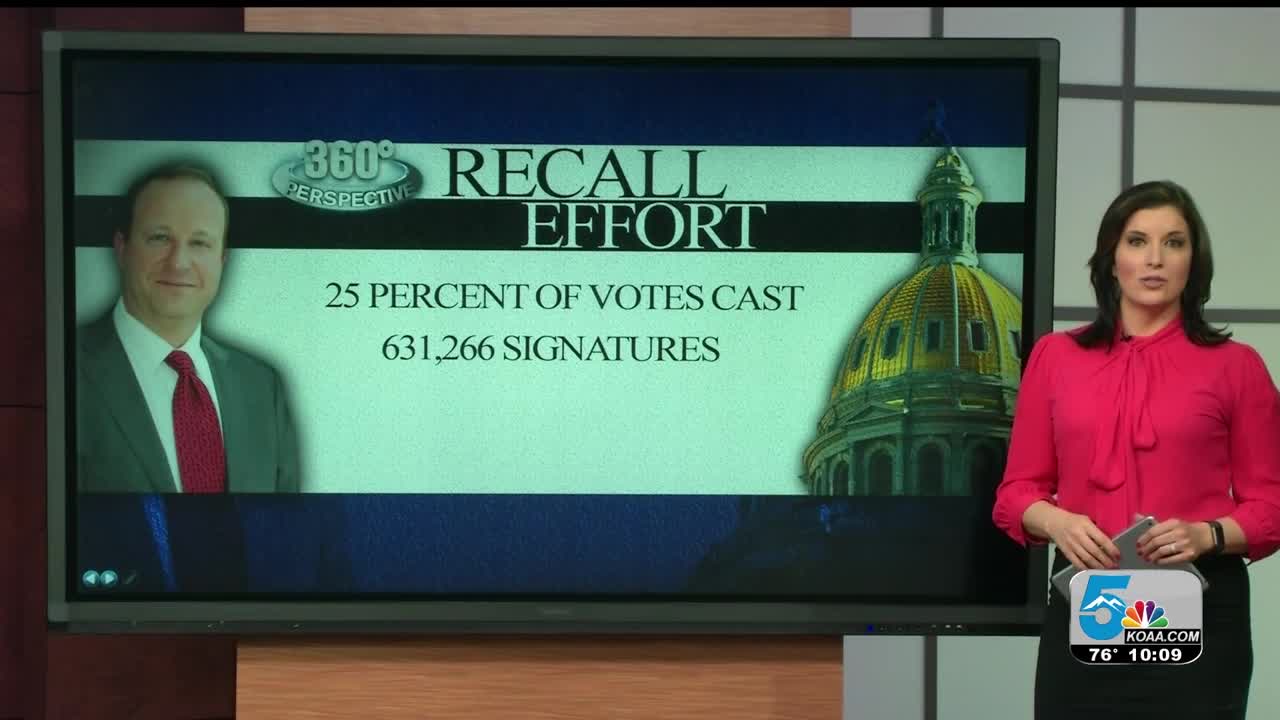 This week an effort to recall Colorado Governor Jared Polis got underway.

Monday, the Secretary of State's office approved the format for a recall petition to begin one group's attempt to collect more than a half-million signatures.

We're talking about what's next in the process in this 360° Perspective.

The movement was spurred over several hotly contested pieces of legislation including the National Popular Vote Compact which would give Colorado's Electoral Votes to the presidential candidate who wins the Popular Vote.

Also, the Red Flag Bill which allows guns to be taken away from people under certain circumstances if deemed a danger or mentally unfit.
Under state law, an elected official must be in place for six months before a recall can be attempted. That's why it was filed this week.

What comes next: Those seeking the recall have to collect 25-percent of the total votes cast in the election that won Governor Polis his office. For this movement, it equals more than 631,000 signatures. The deadline to collect them is September 6th.

If the signatures are legally collected and verified, things then move to voters. Election officers designate a date for the recall election which has to happen no sooner than 30 days but no later than 60 days from when they're verified.

That vote determines if Gov. Polis would be recalled and who voters choose to take his place.

A spokesperson for Governor Polis issued this statement:

"The Governor is focused on governing for all of Colorado and ensuring that every Coloradan - no matter their zip code or political affiliation - has the opportunity to succeed. During his first six months in office, the Governor has created bipartisan solutions to lower the cost of health care, ensure every kid can go to free full-day kindergarten this fall, and cut taxes for small businesses. The Governor will continue to reach across the aisle and hopes that by tackling key issues for Coloradans, we will continue to bring people together and focus on what unites us."

The group behind the effort, "Dismiss Polis" is holding several petition drives to kick things off. They plan to get 900,000 signatures. To see times and locations for the drives click here.

If you have an idea for a future 360° Perspective please email 360@koaa.com