COLORADO SPRINGS – Colorado is on the verge of expanding access to medical marijuana. Lawmakers passed a bill this month adding Autism Spectrum Disorder (ASD) to the list of conditions eligible for marijuana prescriptions.

Some states already allow autism as a qualifying condition and more are considering it, but doctors and some autism advocacy groups worry this may be premature. That’s why we’re taking a closer look in this 360° Perspective. 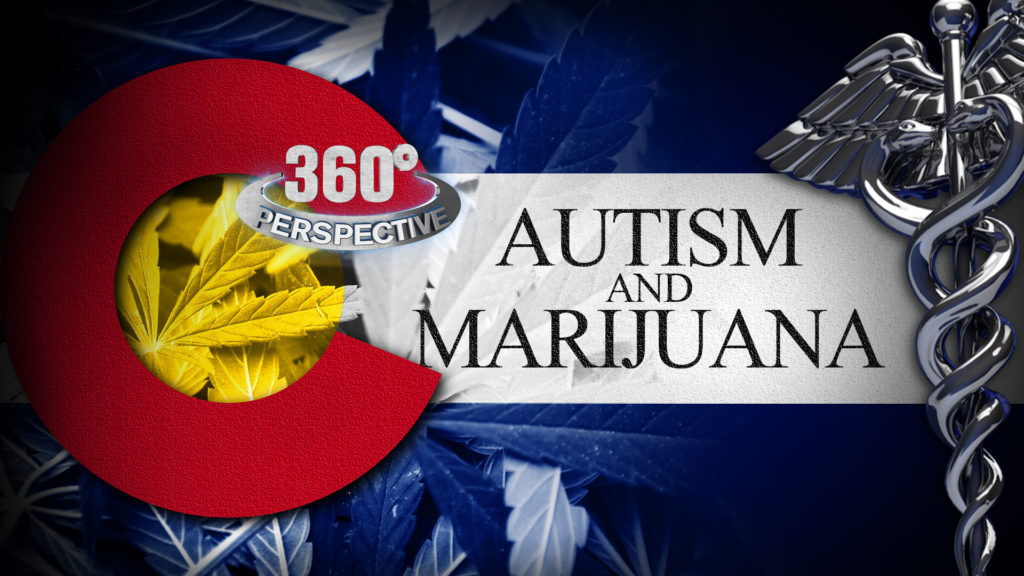 Under Colorado’s new bill autism would join HIV, cancer, seizures and other disorders treatable with marijuana. Minors do need two doctors to sign off on their medical card.

When the bill was introduced we spoke with Jamie Kropp. Her son was diagnosed with autism when he was two. She moved to Colorado to get him treatment for his other health issues, since autism wasn’t on the list at the time, and says at 11 years old he’s now thriving. She’s thankful lawmakers are taking this action.

“Kolt has mastocytosis, gastroparesis, and GIRD, and those are his qualifying conditions. Little did I know he would start to talk and be able to today…be in school eight hours a day. Medical cannabis has given Kolt the ability to get out into the community. He’s able to participate,” Kropp said.

Some doctors and advocacy groups are worried that there’s little research on the topic and the long term effects aren’t known.

Autism Speaks held its first scientific conference on cannabis and autism last year. They say a third of people with ASD also have chronic seizures.

The FDA has approved Epidiolex, a highly purified form of cannabidiol, to treat the seizures associated with two rare syndromes that share features of autism. But they said research on cannabis and autism is so-far limited to questionnaires leaving a lot of room for error.

“As more states legalize cannabis, we know that a growing number of families affected by autism are considering these products to relieve severe behavioral symptoms, seizures and other challenging autism-related conditions,” Dr. Thomas Frazier said. “But while anecdotal reports of benefit are common, we lack sufficient scientific evidence on effectiveness and risks.”

In some medical journals, researchers worry about the policy changes too.

For Epidiolex to get approved by the FDA there were first hundreds of millions of dollars worth of clinical trials, using placebos and other intensive research.

“There is anecdotal evidence that CBD may be helpful. For autism it’s completely anecdotal, there are no rigorous studies on this,” Dr. Libby Stuyt Medical Director of the Circle Program said.

Dr. Stuyt said she has grave concerns. She says legislators are making decisions about medicine without any research to back up their decision. She worries parents could end up giving their children high-potency THC.

“What we do know is the effect of THC on the developing brain is very negative. There is a lot of research on that so we’re giving children with developing brains a drug that can negatively impact their development and cause cognitive problems, IQ problems, risk of developing psychosis, addiction all these problems legislators haven’t even taken into account,” Stuyt added.

The bills sponsors said in The Denver Post that they wanted to give control of this decision to the parents.

In the bill’s text there’s also a clause calling for grants to prioritize scientific research on this subject.

Governor Jared Polis has said he supports this bill, and it is on the way to his desk.

Have an issue you want covered in our 360° Perspective? Email 360@koaa.com.