State lawmakers could change Colorado’s voice and influence in Presidential Elections. Currently, our state’s electoral votes go to whoever wins the popular vote in our state. But, a bill that passed through the state senate and is moving through the house, would join in an inter-state compact to have Colorado voters align with whatever the majority of American’s decide.

This would impact all of us and how we’re represented on a national scale that’s why we are digging into the facts in this 360° Perspective. 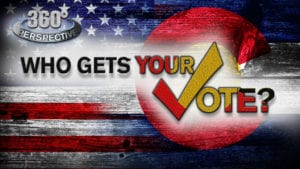 There are 538 Electoral College votes in our country. Colorado owns 9. To win the presidency you need 270. This effort wants to get enough states involved to get to 270 and automatically trigger the win.

As of right now, similar legislation has been passed by eleven other states, mostly blue states including California and New York, and also D.C.

According to nationalpopularvote.com, the bill in recent years passed through some chambers or is being discussed currently in several more states.

If Colorado signed the bill into law there would be 181 electoral votes pledged toward the effort.

Here are some of the more recent races being used as examples of why the law should change:

Here are some important facts about the National Popular Vote Interstate Compact:

The Electoral College is in the Constitution.
The states have the power to determine where their votes go.
The bill has a lot of support in Colorado’s democratic-led House and Senate.
Governor Jared Polis is said to support it and would sign off on it.

Some are speaking out against it:

If Colorado joined the compact, it would still be 89 short of the 270 votes needed for it to take effect.
The compact would need Congressional approval.

We know this brings strong opinions on both sides. If you do feel strongly about it either way you can always contact your legislator to let them know what you think.

As with all the legislation that impacts your life, we’ll continue to track this bill for you and let you know what happens.