(CPSC) Gillette says it is recalling some Venus disposable razors because a manufacturing problem caused a blade misalignment that could pose a higher risk of cuts during normal use.

The recall includes Venus Simply3 razors, which come in pink, purple, and yellow colors and were sold in two types of packaging: a Venus Simply3 Disposable Razor 4-pack and a Daisy 12+1 Venus Simply3 Bonus Pack that includes one free Simply3 razor. The razors were sold at food, drug, and mass merchandise stories nationwide between January 2019 through May 2019 for between $6 and $10. 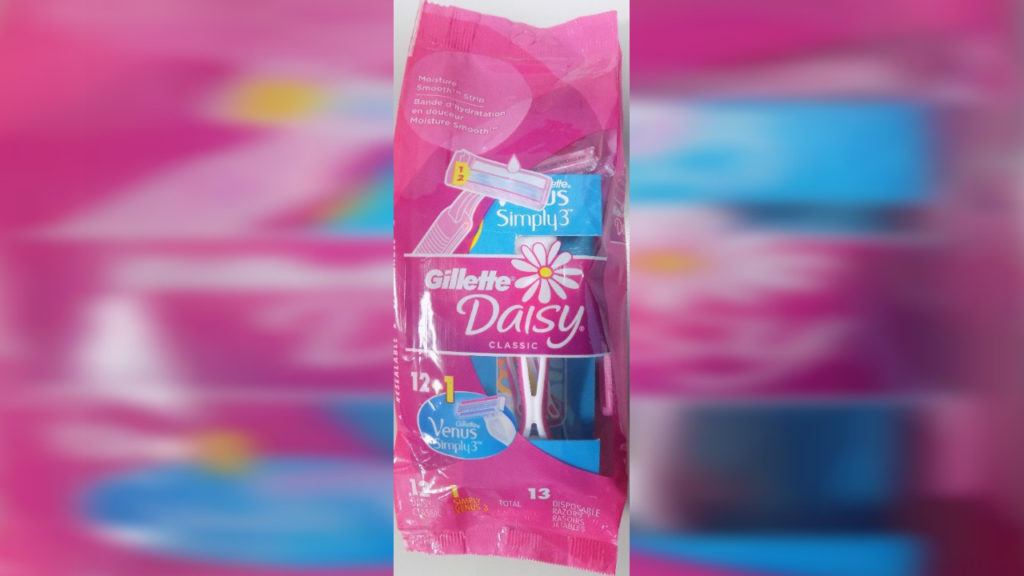 A list of affected lot and UPC numbers is available through the CPSC.

Anyone with the recalled razors should stop using them and contact Gillette to receive a postage-paid return label to send back the razors, as well as a voucher for replacement.

Gillette has received one report of a customer who was cut while using the razor.