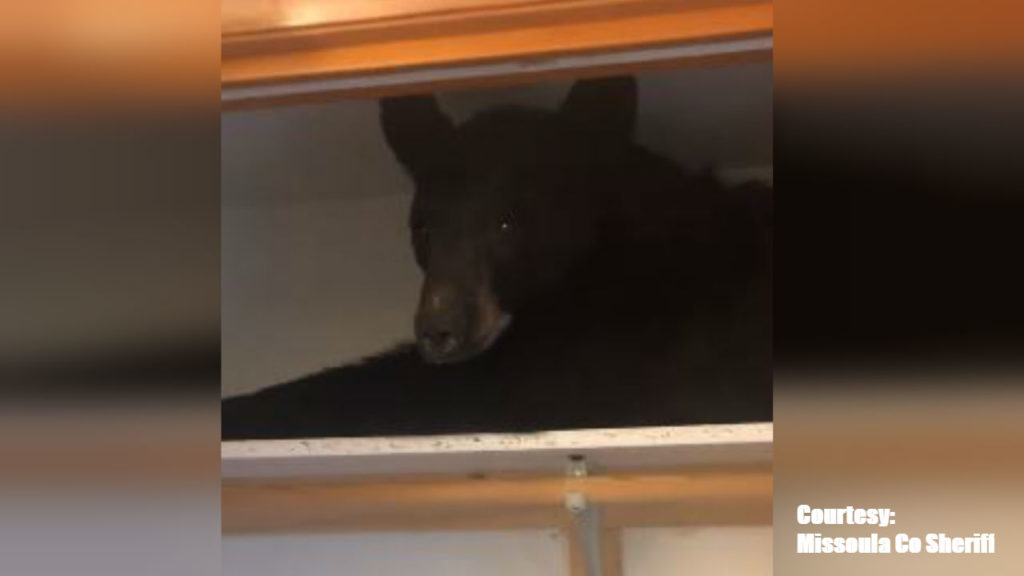 MONTANA (KPAX) – The Missoula County Sheriff deputies responded to a call up Butler Creek in Missoula just before 6:00 a.m. for a black bear stuck inside a home.

When deputies arrived, they discovered the black bear had somehow opened the door to the mudroom of the residence and somehow managed to deadbolt the door from inside. After being unable to leave, the bear began ripping the room apart but then decided he was tired and climbed up into the closet for a nap.

In a social media post, Missoula County Sheriff officials say when deputies knocked on the window, the bear was not the least bit impressed. He slowly stretched, yawned and, no amused, looked toward the door. Eventually, deputies were able to unlock the door in hopes he would hop down and leave. However, their attempts were only met with more big bear yawns.