Wildfire near Phoenix grows to 5,000 acres 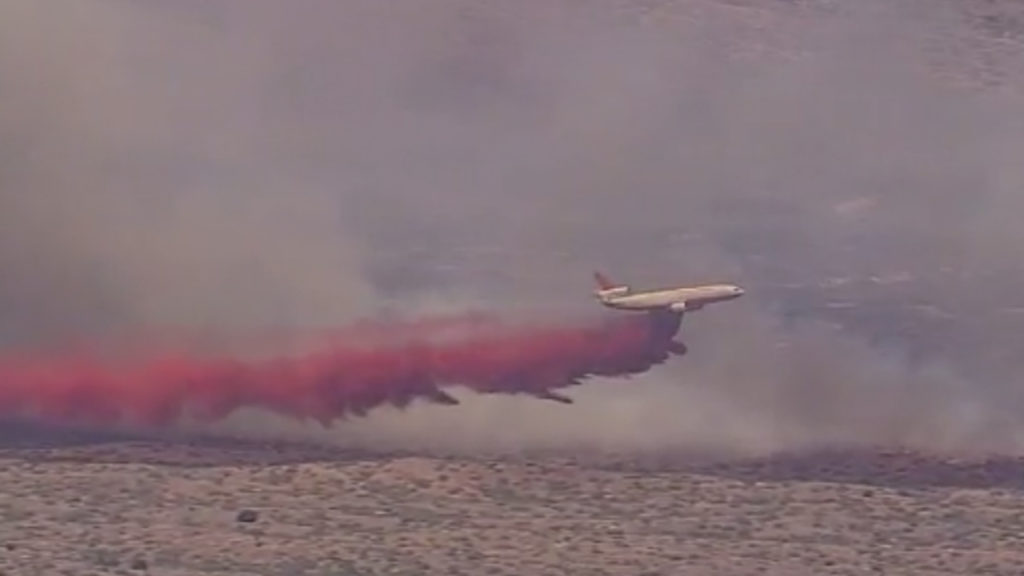 CAVE CREEK, AZ – Crews are battling a wildfire near Phoenix that had grown to nearly 5,000 acres Friday evening.

The fire started Friday according to Phoenix media, and officials from Tonto National Forest said it is believed to be human-caused.

Multiple air tankers, including two DC-10s, are being used to fight the fire.

Radar from the National Weather Service detected smoke from the fire more than 10,000 feet above the ground.

The smoke from the #MountainFire north of #Phoenix can easily be seen on radar. The radar is detecting smoke over 10,000 feet above the ground! #azwx #azfire pic.twitter.com/tc1ALMeywT