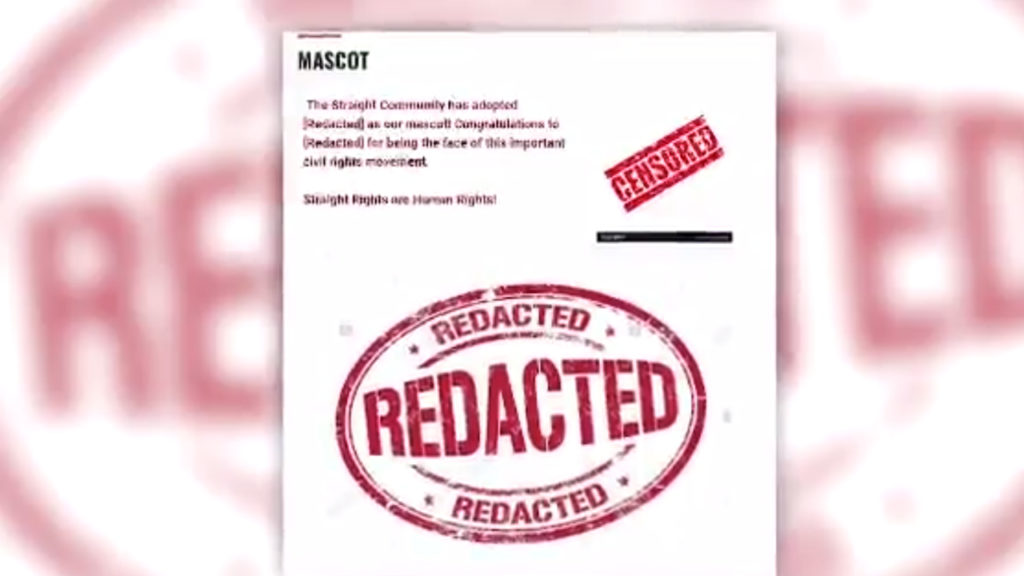 BOSTON – Actor Brad Pitt was once heavily featured on a website for Boston’s Straight Pride Parade, but as of Friday morning, several redactions were made to graphics on the site.

According to the Hollywood Reporter, the actor made it clear to the group organizing the parade that they could not use his name or likeliness.

According to the event’s website, Milo Yiannopoulos has agreed to serve as the parade’s mascot and Grand Marshall.

Yiannopoulos, who is gay, said he’s spent his “entire career advocating for the rights of America’s most brutally repressed identity—straight people—so I know a thing or two about discrimination.”

The parade is scheduled to take place on August 31st. At last check, it had not received a permit from the city.