COLORADO SPRINGS- The City of Colorado Springs is in the process of overhauling its stormwater system during the next two decades. The agreement started back in 2016. So, are these waterways ready for thunderstorms this summer?

Their construction season is October to April, then they work behind the scenes during the wet summer months to avoid any of the crucial work from being washed away. City experts say you should already start to notice a difference in some flooding spots.

In Colorado Springs the work to overhaul the city’s stormwater system is well underway. $460 million over 20 years dedicated to limiting erosion and flooding. With summer thunderstorms looming you won’t see construction crews as busy, but Colorado Springs Public Works Director Travis Easton says the next phase of stormwater improvements are being planned and the system is fully functional. 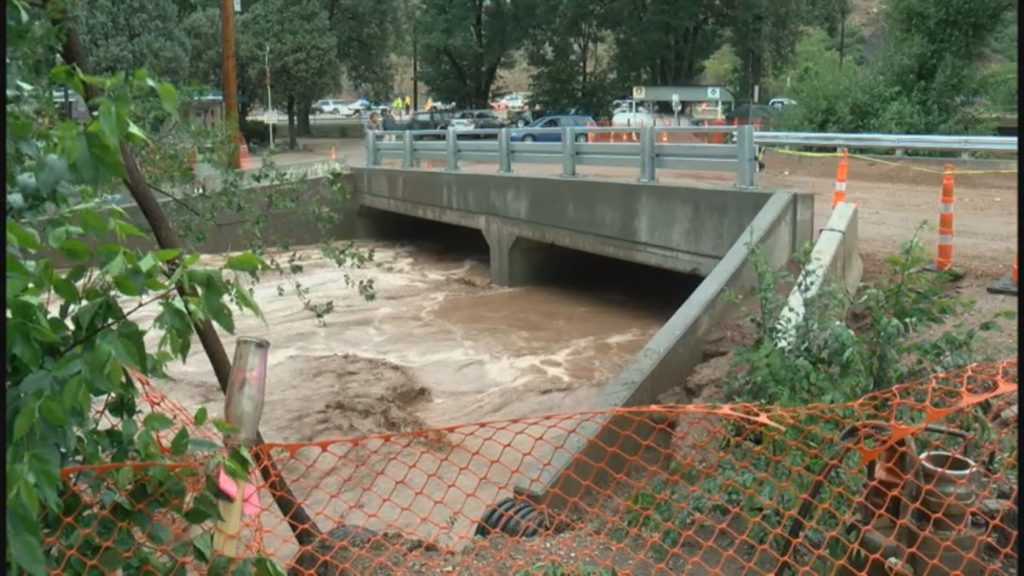 “We try to minimize the amount of work especially in the channels during the summer when the heavy rains are because you have a tendency to lose some of that work. So, we do most of that work in the fall. So again we track every project. Every project has a schedule,” said Easton.

With so many new homes and developments public works crews have also designed plans to avoid flooding in new neighborhoods.

“We could get rain down here at the southern end of the city and north of Woodmen we could get a bunch of hail which can clog inlets and stuff like that. So, really our response is comprehensive,” said Easton.

Easton says neighbors should immediately notice improvements along Sand Creek where grouted boulders were utilized to raise the creek bed in an effort to reduce erosion. Also, intersections known for flooding like Murray and Galley should see better stormwater drainage.

“We are working on those. We have a plan for all those. The city’s stormwater system is fully functioning and operational,” said Easton.

As of right now, city leaders say they aren’t concerned about any of their work washing away in a storm and say the 20 year plan for upgrades to the stormwater system is on time and on budget.