COLORADO SPRINGS – Colorado’s roads are becoming more dangerous, and distracted driving is on the rise.

Texting while driving is illegal but right now in Colorado if you’re over 18-years-old you can still hold your phone and talk on it while driving.

A bill in the legislature is looking to change that and restrict all cell phone use unless it’s hands-free.
We’re giving you a closer look in this 360° Perspective. 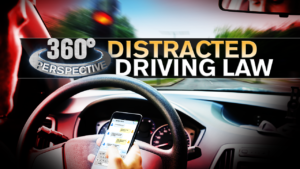 According to the Colorado Department of Transportation (CDOT) in 2018 there were more than 15,000 crashes caused by distracted driving. That’s about 40 a day. 53 people were killed and more than 6,000 injured in those wrecks.

Those numbers are preliminary but they say those at fault is spread across all age groups.

In CDOT’s annual 2018 survey, 91 percent of people admitted to being distracted drivers in the past week. 84 percent of them say they support measures that would prohibit cell phone use while behind the wheel.

Current law prohibits cell phone use for those 18 and under so this new law would expand to drivers of all ages. If you’re over 18 you can use a hands-free device though.

The bill passed through the senate in a 26-9 vote. It’s now assigned to the House Judiciary committee for April 16th. We’ll keep you posted on its progress.

If you have an idea for an issue you’d like covered in our 360° Perspective email 360@koaa.com.