The funds are broken down into several categories, with requests for individual assistance accounting for the most money at $481 million.

The request also includes $300 million in damage to businesses and $214 million in agriculture damage. The governor requested another $350 million to fix levees that failed, and $175 million for agriculture levees. 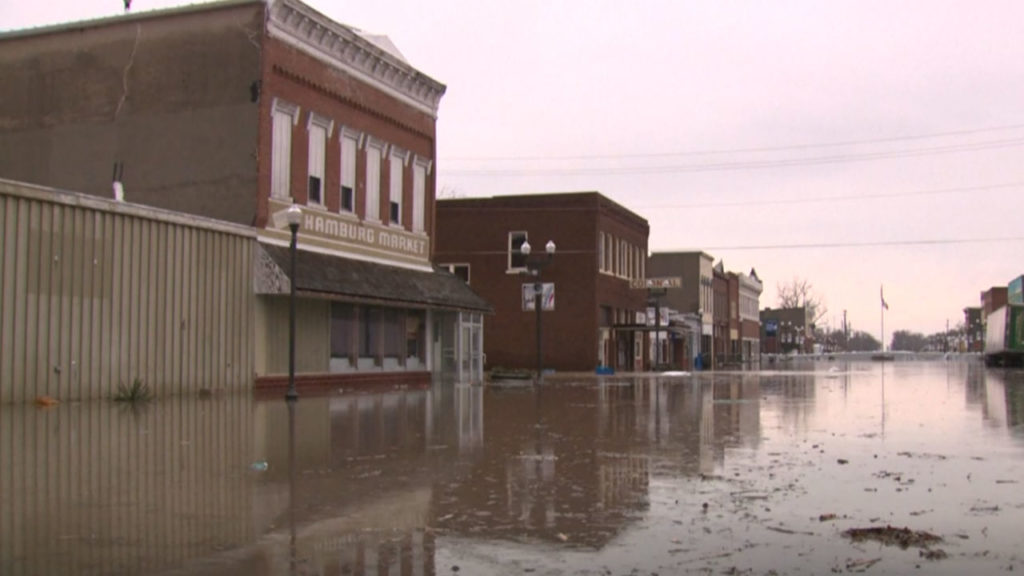 “He’s very positive about that, at the press conference said Nebraska’s is coming in today, the president has indicated that he will sign that,” Reynolds said. “And then he turned to Iowa and said ours is going to be in within the next two days and we’ll get that in front of the president as well, and yes he did indicate that he would be signing that as well.”

Historic flooding is expected to continue in several plains states through may, according to the National Oceanic and Atmospheric Administration.

NOAA officials say the Spring Flood Outlook calls for nearly two-thirds of the lower 48 states to face an elevated risk of flooding, with the potential for moderate flooding in 25 states across the Great Plains, Midwest, and through the Mississippi River Valley.